Steve Stricker is shredding the U.S. Senior Open with irons that are 13 years old 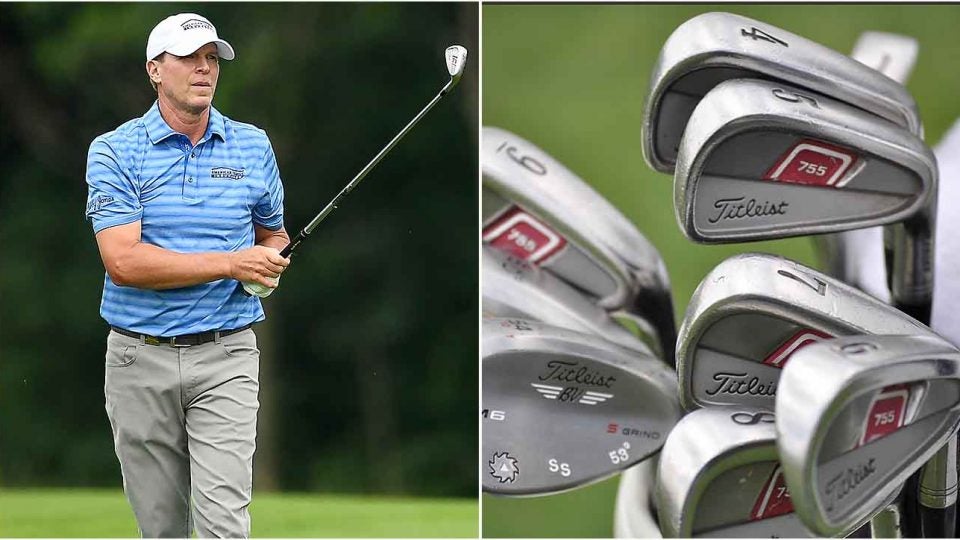 Two rounds are in the books at the U.S. Senior Open, and Steve Stricker has stormed to a two-shot lead while firing a 36-hole-record 14 under par. [Update: He extended his lead to six shots through three rounds after firing a Saturday 66.] There’s a ways to go, but he’s clearly having his way at Warren GC in South Bend, Ind.

And he’s doing it with irons that are more than a decade old.

Sticker wasn’t directly asked about his sturdy old sticks after his round Friday, but he’s clearly feeling it.

“My iron play has been pretty strong this week, and I’m holing a few putts,” he said. “I’ve hit a lot of greens in regulation. I think somebody told me I’ve hit 31 greens, so I’ve only missed five. To go bogey-free around here is a good day.”

The Wisconsin native is playing a set of Titleist 755 Forged irons, which were first released in 2006. Stricker dropped them back in his bag for the Memorial Tournament earlier this month. They’re the same sticks he used just before the turn of the decade, when he won five times in two-and-a-half years. Here’s a closer look at them:

Steve Stricker’s still out here torching the US Senior Open with Titleist 755 irons in the bag. Go on, 👑. pic.twitter.com/EHFcgXEKzP

GOLF’s managing editor of equipment, Jonathan Wall, went deep on Stricker’s return to the 755s last month, and it’s worth revisiting the full story. Perhaps those irons will help Stricker write another storybook ending this weekend.