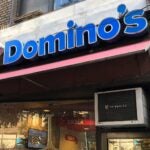 The author went here in search of golf greatness. And pizza.

Rory McIlroy is good at golf.

What if I ate Domino’s pizza?

No lessons. No practice. No Bryson plan. Yes, I would lift – pizza to my face. This is it. I would soon be good – nah, let’s go great now – at golf in 8 to 10 minutes, the amount of time I was told my pizza would be out of the oven. Saucy!

On Tuesday, during the Payne’s Valley Cup, McIlroy and Justin Thomas sidled up next to each other near a green. The weekend before, each had played the U.S. Open at Winged Foot Golf Club in Mamaronek, N.Y., a few train stops away from New York City. Thomas was still in a New York state of mind.

He had himself a slice.

There was a pause. He, too, has been eating some pizza.

“Tell you what. We’re on this big Domino’s kick at the moment. It’s so good,” McIlroy said.

Thomas doubled over in laughter.

This, of course, is GOLF.com and not Bon Appetit. My tastes are pretty simple.

I like all of the “styles.” I like New York style, the massive, thin-crust slices. I like Chicago style, the massive, deep-dish slices. I like a traditional Italian style, where the pizza is, somewhat, rectangular. My favorite pizzas are one of each: Di Fara Pizza in Brooklyn, Lou Malnati’s in Chicago, and my favorite favorite, Maria’s Pizza in Milwaukee, my hometown.

I like my toppings. My dad was a butcher, so meat’s a must. Pepperoni, Italian sausage or hamburger. Or all three. I’m from Wisconsin, so cheese please. Nothing beats that cheese run-off, too – the extra gob that sometimes stays in the middle of the pizza box, which then slides right down your tube. And I’ll eat the veggies, if they’re there. Healthy!

I like my sauce, and I like my crust, too. They set a pizza apart. Rich, tomato sauce. But not too thick. A crispy crust. But not burnt and not too doughy and chewy. They take effort.

McIlroy described his Domino’s pizza to Thomas this way:

“Just like you can barely pick it up,” Thomas said.

I followed his recipe on my online order:

About a quarter-hour until I would start hitting two hundo ball speed on the Trackman.

I could feel the weight of the pizza when I picked up the box and carried it back home. It was a good 5 pounds. I ordered deluxe with extras, and I got the brick. I could smell it, too. Especially the onions and green peppers.

I could see the looks. I live in New York City. I probably could have gotten away with wearing a Red Sox hat and a TB12 Patriots jersey, as no one was looking above my neck. I was carrying a box of a freaking pizza chain.

I made it back OK.

I opened the box.

I picked up my first slice.

Thomas got his wish. I actually couldn’t pick up the first piece. The toppings on the bottom half of the pizza actually slid right off under their own weight. (Later, that meat and cheese hunk was a nice finishing move.)

The meat and the crust were the highlights. The pepperoni was burnt a bit, which I like. The Italian sausage had a bit of bite, which I like, too. The crust was bigger, but more crispy than doughy, and it was a little buttery. There was definitely extra cheese, in a good way, and the veggies were veggies.

The sauce and the grease were the lowlights. For some reason, I couldn’t taste the sauce on the bottom half of the pizza, only near the crust. The pizza was also a bit greasy. It was a good five-napkiner. But there are bigger worries in this world right now than a pizza that has too much grease.

I actually hadn’t had a Domino’s pizza in a good 20 years. I remember it being kinda doughy and kinda dry. I usually ranked them behind Pizza Hut, Little Caesar’s and Papa John’s among the big box pies.

I’d get it again. If I really wanted a pizza.

“I swear to God. Like if you don’t know what a really good local pizza place is, Domino’s is, like, solid,” McIlroy told Thomas.

Of course, the true review is Wednesday.