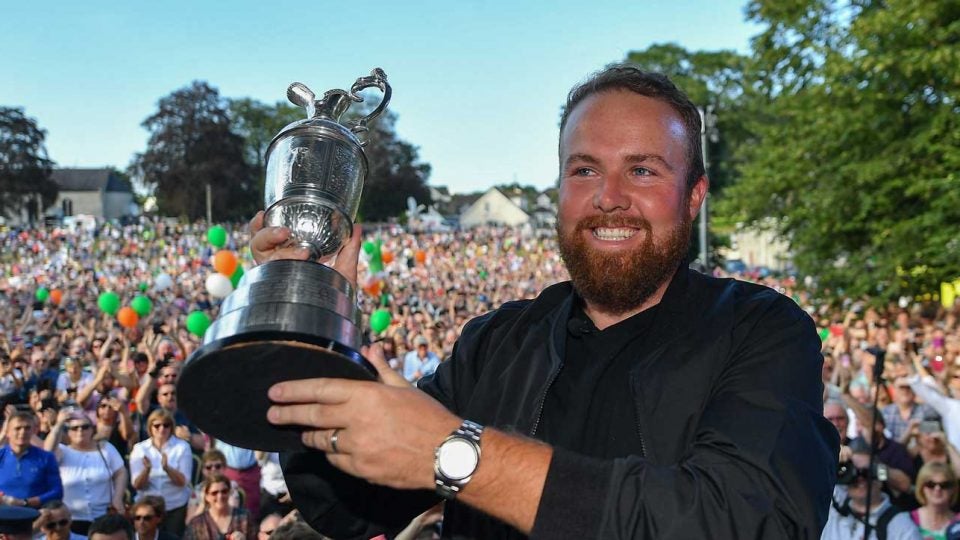 Shane Lowry withdrew from the WGC-FedEx St. Jude Classic Tuesday. He had far more important things to do, like celebrate back in his hometown of Clara in County Offaly, Ireland. Admit it, you’re not ready to move on from the Open Championship.

Neither are the people of Clara. Lowry’s hometown — population 3,432 — came out almost in entirety Tuesday evening to congratulate their native son. Local news stations streamed the entire event, from his parade through town to an array of speeches and sing-songs. To repeat something you’ve already heard this week, Irish people love to celebrate.

Lowry is a hometown hero! ?? pic.twitter.com/1apWdr6CPX

It will be difficult for most to grasp just how joyous the reception could be for a man from this small town to return home with the Claret Jug. Perhaps those from tiny towns themselves could feel a sliver of that pride.

“To see this this evening, it’s just incredible, isn’t it,” Lowry said. “Hopefully in years to come — there’s loads of kids out here — hopefully I’ll inspire a few kids to take up the game.”

Lowry’s party was broadcasted for more than an hour, and even included some impressions from Conor Moore. Lowry grabs the mic around 17:30 in this clip. Soon after, he received a jersey from the local club.

All major winners should host immediate celebration parades in their hometowns.

Later on, Lowry’s grandmother took to the stage. You’ve heard from her already. The only way she could get through watching the final round was with a brandy or two in her glass. She led one of the final songs, marking the end of the show and the start of the after-party.

It was quite the scene. The greatest scene that golf will see for perhaps the rest of the year. Enjoy it yourself by watching below. It’s a long time between now and the Masters.