The first few weeks of the new year always delivers at least one equipment curveball no one saw coming. Dustin Johnson and Rory McIlroy suddenly embracing hybrids for the first time in their careers enjoyed a brief run in the pole position, but based on a photo coming out of Abu Dhabi, it has quickly been bypassed by Sergio Garcia toting around a bag full of new gear at a sponsor event prior to the HSBC Championship.

Garcia signed an equipment deal with Callaway at the beginning of 2018, but according to a company representative, the two parties agreed to part ways after last season, making him a free agent.

“I can confirm Callaway did not renew its agreement with Sergio for the 2020 season,” the representative told GOLF.com. “We parted on great terms and the option for Sergio to carry Callaway equipment in the future remains.” 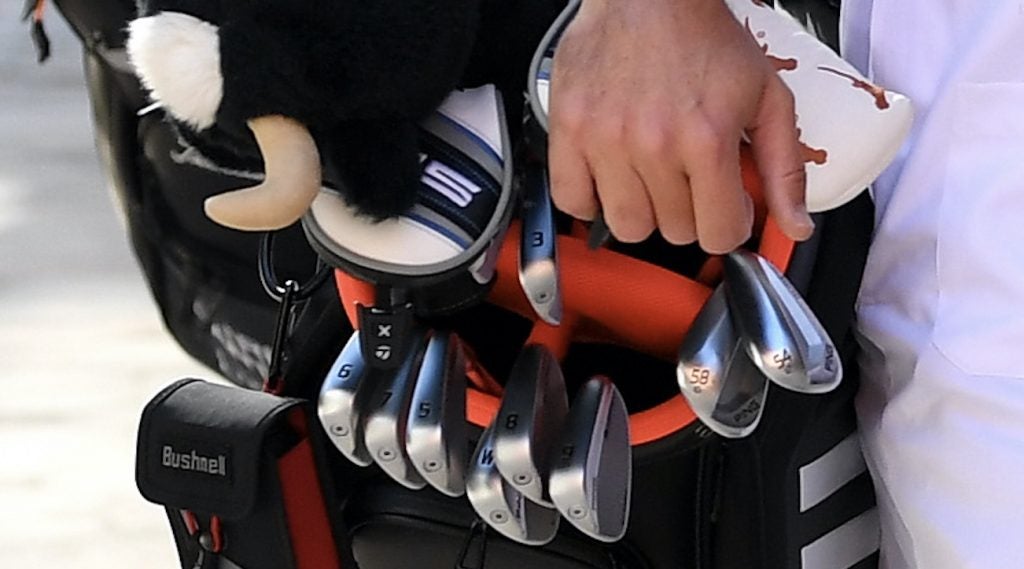 A set of Ping Blueprint irons and Glide 3.0 wedges are visible in Garcia’s bag — along with a TaylorMade SIM fairway wood headcover — a setup that differs significantly from the Callaway Apex MB irons and Mack Daddy 4 wedges he employed in 2019.

A Ping representative confirmed to GOLF.com that Garcia reached out to the manufacturer before the holidays and had new gear built to test. As of Tuesday, Garcia was using a Ping G410 driver, Blueprint irons, Glide 3.0 wedges, and a PLD Anser putter.

Garcia is coming off a season where he found the winner’s circle at the European Tour’s KLM Open, but also dealt with intense scrutiny for a bunker meltdown in Saudi Arabia and a bizarre concession situation during the WGC-Match Play event in Austin.