Sergio is on fire! 5 things to know after Round 1 at the Nedbank Challenge 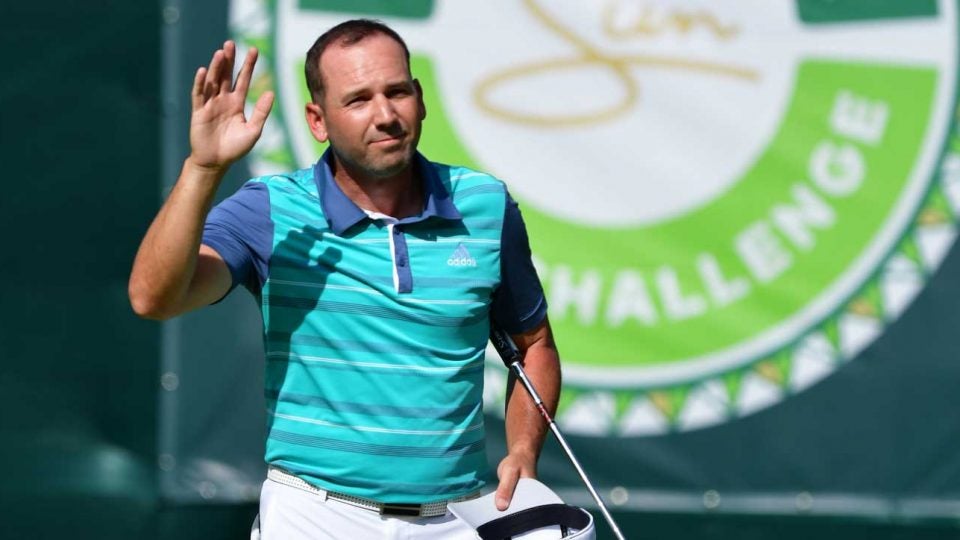 Doubt Sergio Garcia no more. The man is on fire and the Nedbank Challenge is his playground.

Ever since September began — when many began to question the Spaniard during the run-up to the Ryder Cup — Garcia has been remarkable. It began with a T7 finish at the Portugal Masters, continued with a dominating (and surprising) European win at the Ryder Cup, and stayed true when he won the Valderrama Masters for the third straight time.

If that wasn’t enough, he may be adding to it again this week. Garcia fired an opening-round 64 at the Nedbank Challenge Thursday, which makes him four clear of the field. Garcia made five birdies on the back nine, eight total on the day, nary a bogey on the card. A victory this week would push him back into the world top 25.

7 under par and leading by three shots. pic.twitter.com/gzsFtuW2Vc

Mr. McIlroy was the other headliner teeing it up in South Africa this week, and he, too, didn’t disappoint during the first round. McIlroy made a handful of birdies Thursday, just enough to keep him in Garcia’s orbit, which was good to see because it had been some time for the No. 6 player in the world. This is only the second event McIlroy has played since the Tour Championship back in late September, the first being a sloppy T54 finish at the no-cut HSBC Champions event in China.

Rory McIlroy is getting going…

He moves to 2 under par. pic.twitter.com/ukasZ8nPB7

The South African was forced to hack out of the thick stuff on the 12th hole Thursday. As you can see in the video below, he is giving everything he has just to advance the ball forward. Seconds later you hear, “What a shot!” LOVE that. Crowds just small enough that you can hear what they’re yelling, but big enough that they remind you how great the golf is in front of them.

Trevor Immelman keeps on keepin’ on

The 2008 Masters champion has not lost it all. In fact, he’s been rather solid of late in his playing career renaissance.

When not on the call for Golf Channel, Immelman has scratched together four straight respectable performances on the European Tour (T3, T44, T34 and T47). Sure, he’s not knocking down the door of contention each week, but he has pulled himself back into the top 450 in the OWGR. His 74 is right in line with those finishes. Here’s to him hopefully regaining more playing status moving forward.

Between the Mayakoba Golf Classic in Mexico and the Nedbank, golf gets its best look at the animal kingdom this week.