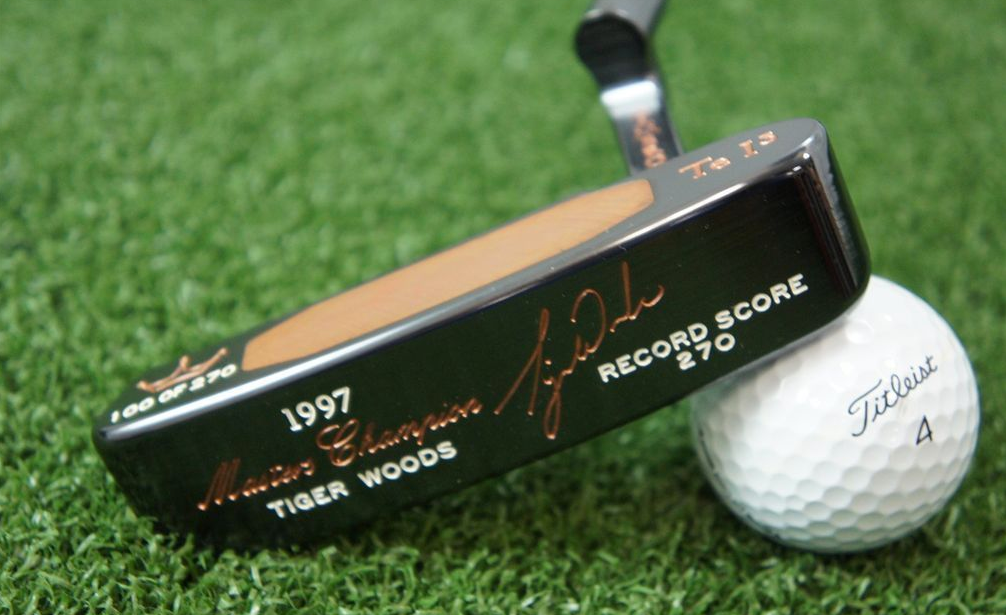 The 20th anniversary of Tiger Woods’s record-breaking victory at the 1997 Masters is more than six months away, but the excitement is already building, to the tune of $25,000.

Replica putters of Woods’s Scotty Cameron TE I3 he used during the 18-under performance have made their way onto the Internet in a pair of auctions on eBay. The most expensive one, thus far, stands at $25,000, with a similar, discounted (for now) version listed at $20,000.

According to the inscribed numbers on the putters, there were 270 replicas made, seemingly to match the number of strokes Woods took to win his first green jacket. Also inscribed is Woods’s signature on the sole of the club. Is it worth $20,000? Track the auctions here and here to see how high the price will rise.