The Open 2019: Royal Portrush’s 7 types of rough, ranked from ‘easy’ to ‘unplayable’

PORTRUSH, Northern Ireland — There’s rough, and then there’s rough. And at Royal Portrush, there’s plenty more beyond that, too. At first instinct, the most intriguing part of any Open Championship is the short grass, where balls tumble along close-cropped fairways. But with wind and rain in the forecast all tournament, misses come easier and those fairways start to look tighter — while everything else looms larger.

So what do we make of that “everything else?” Here’s an authoritative guide of just how rough each section of rough really is, from friendliest to most dire. Fair warning: If you’re wondering how bad the rough really is, it’s probably already too late for you. 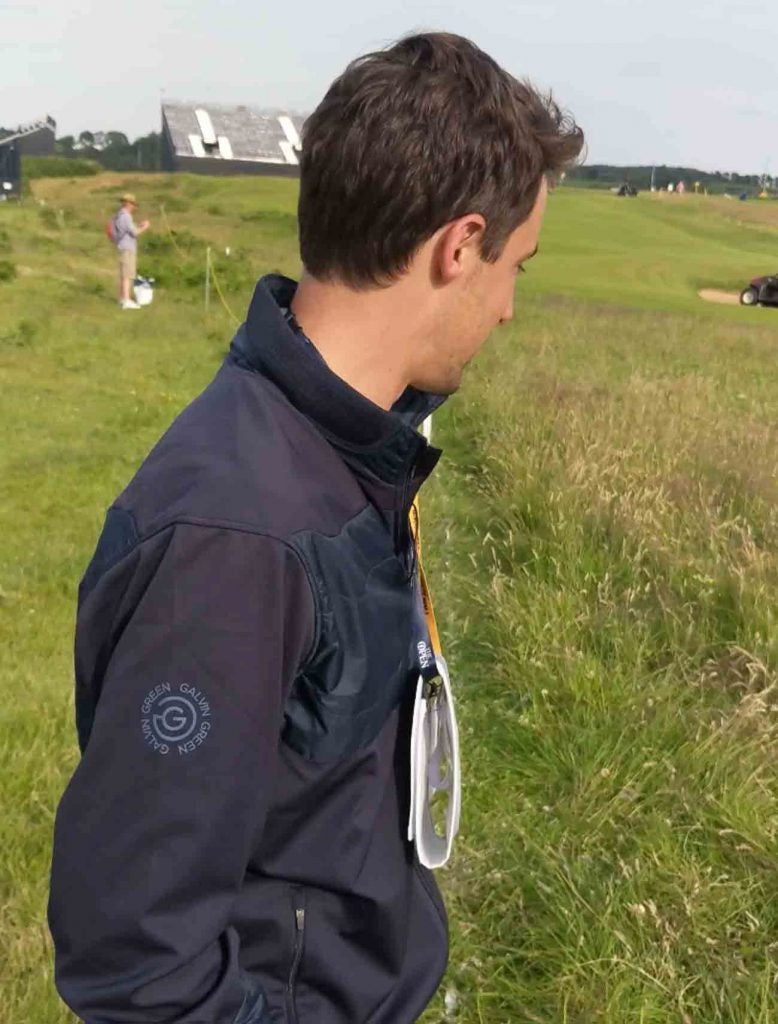 What is it? The luscious green runways between tees and fairways. We consulted two Open caddies, and they confirmed that this was certainly not fairway, which qualified it for inclusion on this list.

How hard is it? 0 out of 10. Golf is hard. Within those parameters, though, this is easy! Because there’s a little more grass here than on the fairways, the walkway lies are less tight and may actually be more forgiving. Walkway rough may not come into play particularly often (or ever), but it’s likely the best spot on the course from which to hit.

Best plan of attack: Feeling accurate? Aim for the walkways! 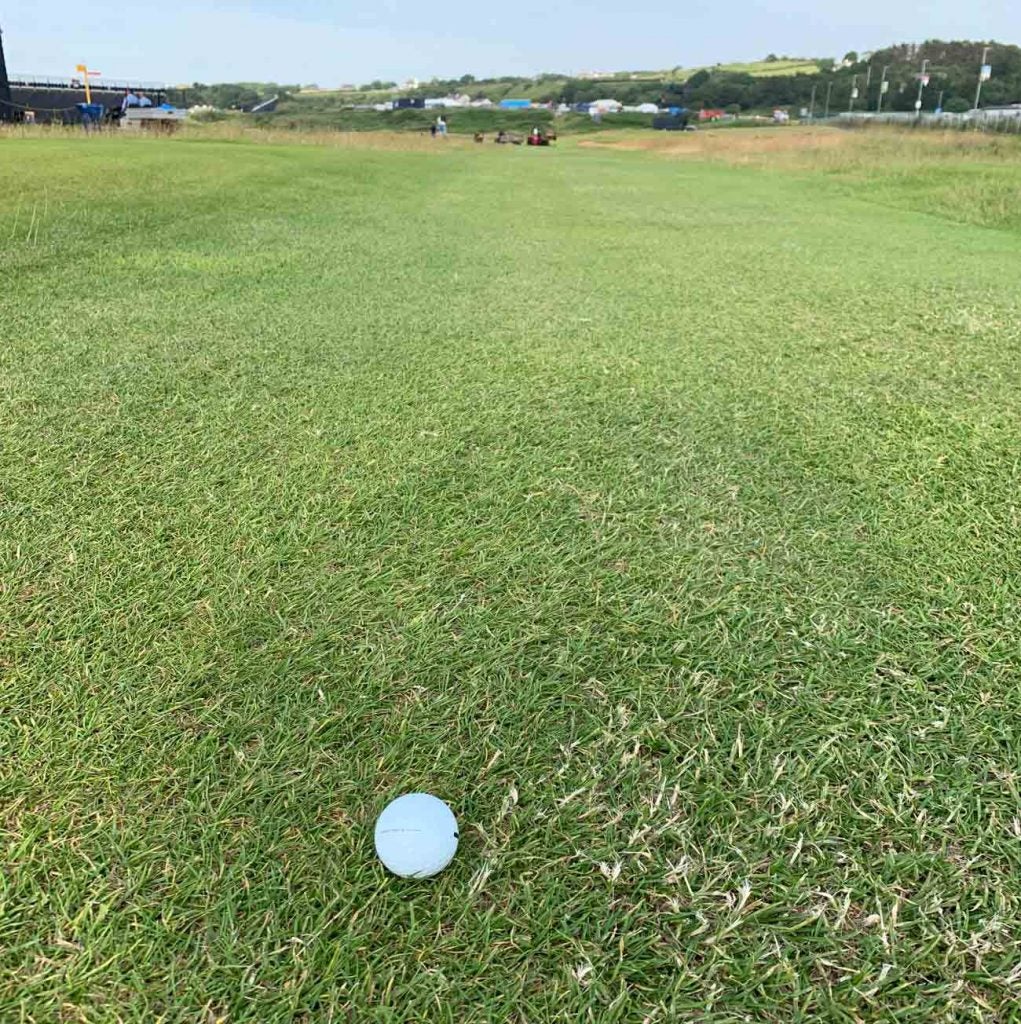 What is it? The stuff directly adjacent the fairways.

How hard is it? 2 out of 10. The ball can sit up, and it can sit down, but mostly it sits nicely, setting players up for some winning approaches.

Best plan of attack: If you can’t hit the fairway or the walkway, this is your next best aiming option! Then check your lie and proceed accordingly. 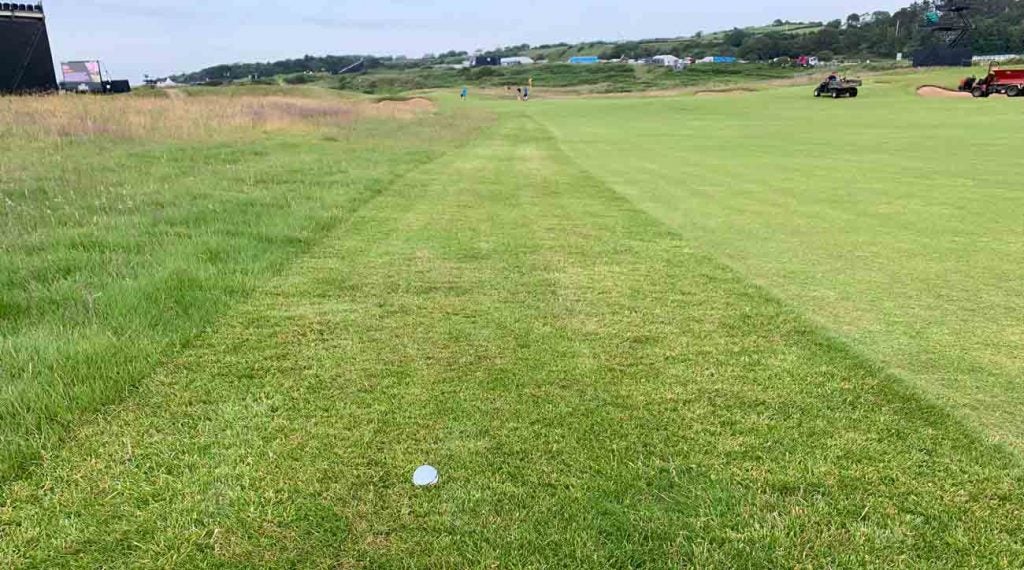 What is it? This is the reward for the big miss. It was penal fescue grass before those damn people arrived. Now it’s hardpan, making your ball easy to find — and not so hard to hit, either.

How hard is it? 3 out of 10. Is this what it was like when cattle and sheep use to snack on and trample down the fairways? If it gets muddy, this jacks up to a 5.

Plan of attack: If you’re going to miss, make sure you miss by a lot — and in the exact correct spots. Remember, hitting that swarm of fans is basically like hitting the fairway! But this is where your community outreach and image-building pays off; when left to the chaos of fans, well-liked players might just draw better lies. 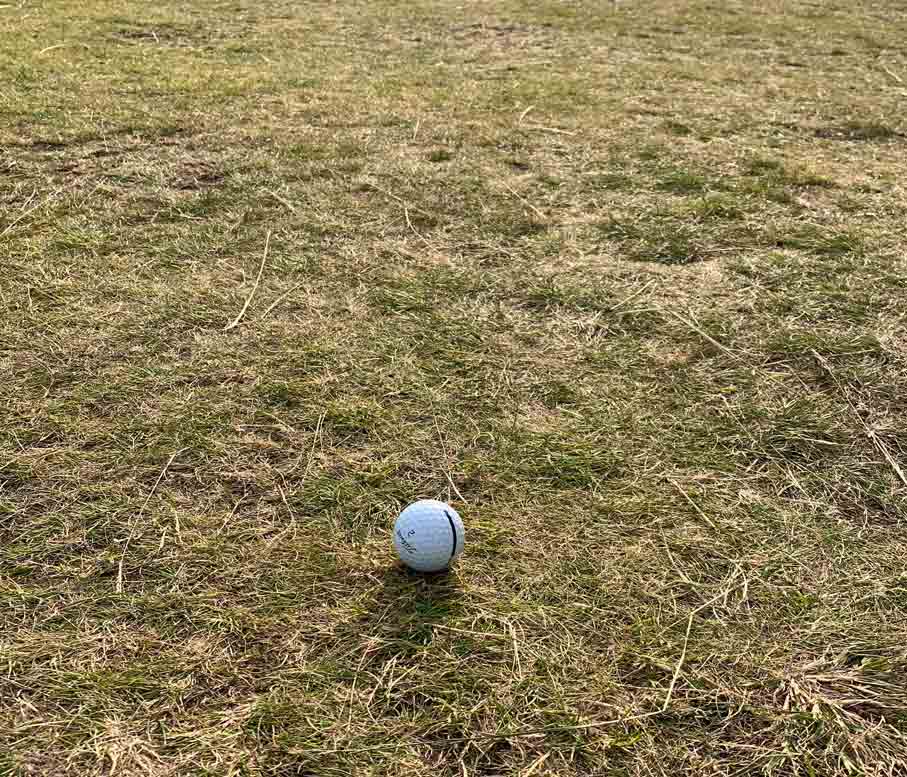 What is it? This is about as close as it gets to your standard rough over here.

How hard is it? 5 out of 10. It’s pretty variable, but you can catch a good lie in this stuff. With a bad lie, you’re hardly dead — beauty of links golf is that you can play it along the ground and try a cool recovery

Plan of attack: Don’t panic. Check the lie, and if it’s not fluffed up, use the ground to your advantage. If it is a bit fluffy, watch for flyer lies — that’s how you risk going from mild trouble to something much worse. 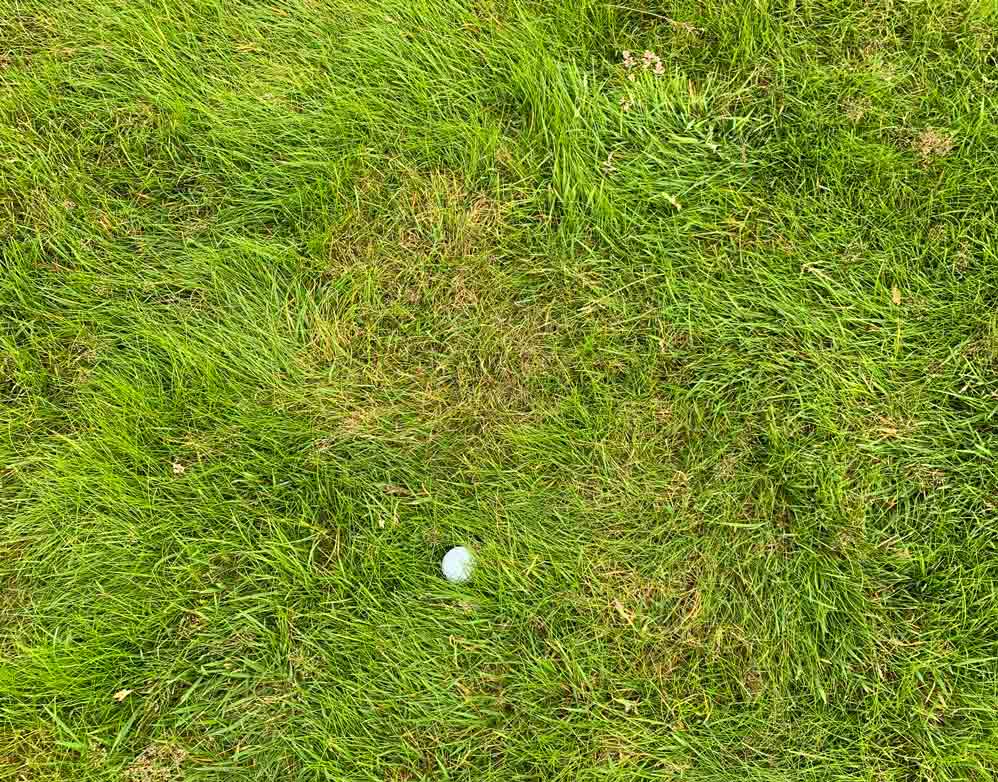 What is it? The native grasses lurk just beyond Portrush’s generous fairways. But this is the thin stuff.

How hard is it? 7 out of 10. Again, it’s the unpredictability that’s the killer here. You could catch a nice wispy patch of grass and have the ball cruise out on line or the grass could be slightly grabbier than you expect, snag hold of your hosel and yank things left.

Plan of attack: Hold that clubface square, don’t bite off more than you need to — and beware the Big Left Miss! 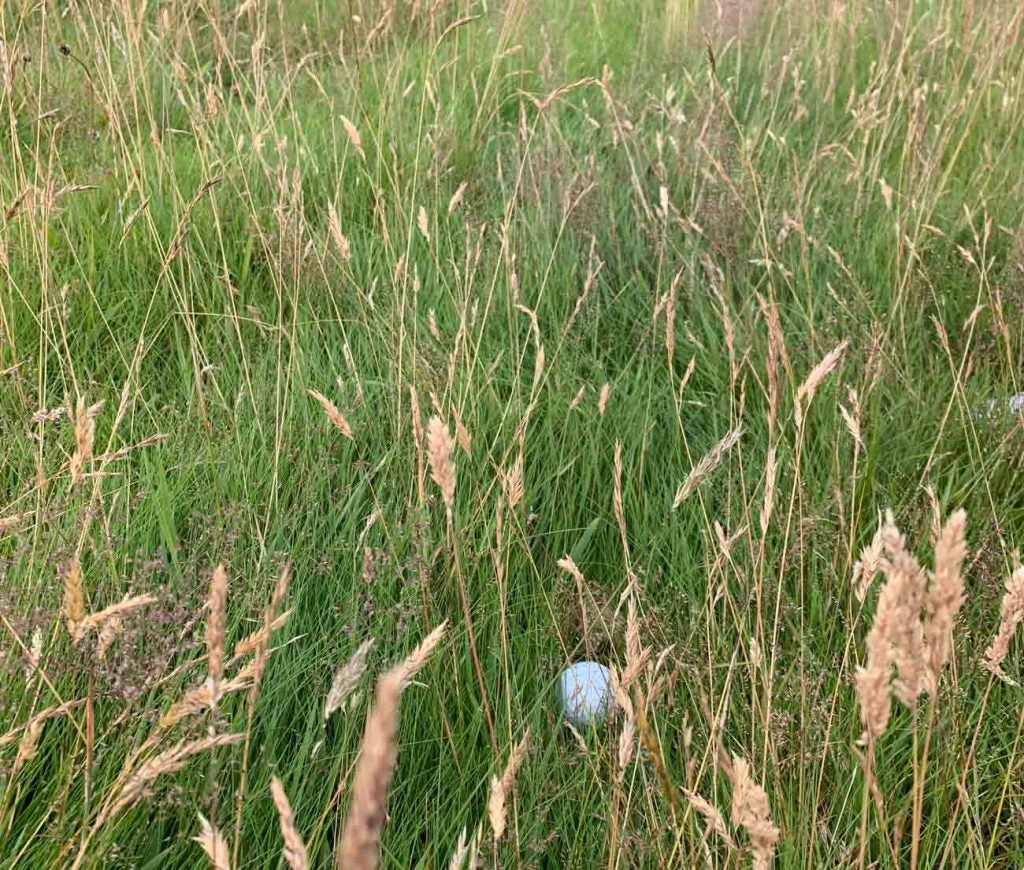 What is it? It’s a bunch of different things, really. Small bushes. Thick fescue. Ferns and nastiness. Hay. But the key here is that — with the help of a proper spotter — you can still find your ball.

How hard is it? 9 out of 10. You can find it, but that’s about it. We saw this with Rory McIlroy mid-snowman at No. 1, when he had to take an unplayable from some nest down by the green.

Plan of attack: Find your ball. Assess it. Take a deep breath. And then make sure whatever you do, you escape back to one of the aforementioned surfaces. 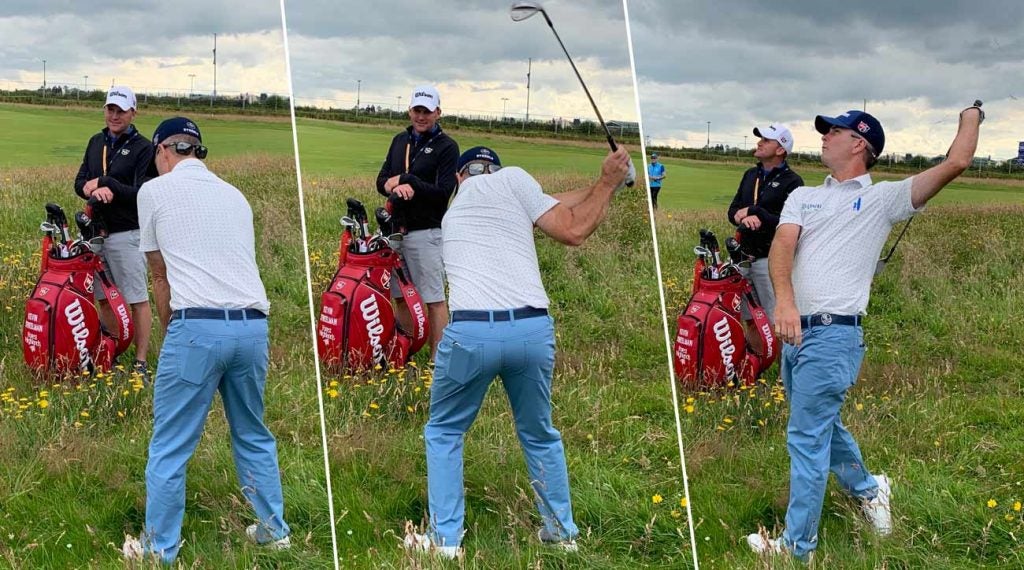 What is it? There’s actually a lot of this stuff. It’s nasty. There are thorns and other sharp things, and lots of balls, but they’re very difficult to find.

How hard is it? Too hard. It’s miserable to hit it there and even more miserable to go looking for it. Players might actually be glad they only have three minutes of that misery now instead of the full five so they can move on to their provisionals.

Plan of attack: Look for it if you must, but spend your real energy on hitting a proper provisional and moving on with your hole, your round and your life. Don’t be a hero. Oh, and if you do end up playing that provisional, learn from David Duval and play the correct ball — not somebody else’s.

Now that is rough. 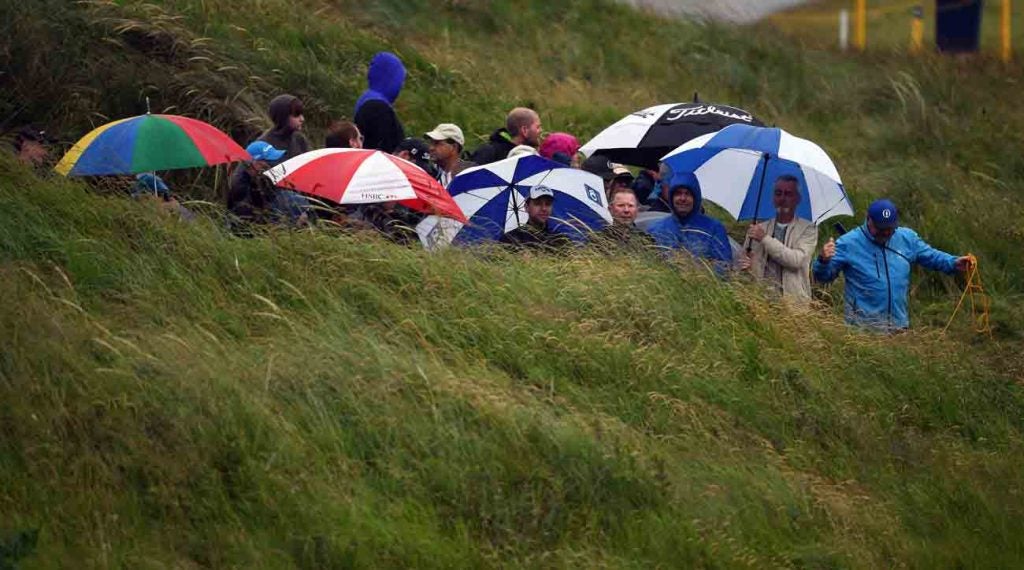