Rory McIlroy tempers Americans’ Ryder Cup confidence: ‘It won’t be as easy as they think it will be’

Rory McIlroy is making his return from injury this week at the European tour’s Abu Dhabi HSBC Championship, and based on his comments, the four-time major champ sounds confident about the coming year, the 2018 Ryder Cup included.

A lot of talk has been made about the quality of the current U.S. squad following its victory at Hazeltine in 2016, with some even arguing that we might as well crown the Americans as victors now (including our very own Alan Shipnuck). But Rory poured some cold water on those fevered predictions at his press conference in Abu Dhabi. 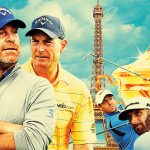 You may also like So long, Ryder Cup: As Euro stars fade away, the balance of power is shifting—fast

“Yeah, the Americans have been obviously very buoyant about their chances and whatever,” McIlroy said. “But you know, it’s never as easy as that, even when Europe was winning six of eight or five of seven, whatever it was … overall, yes, Europe won and it looked dominant for a while, but the matches were always closer than that.” Despite the American side’s strength on paper — the roster will likely include stars like Dustin Johnson, Jordan Spieth, Justin Thomas and Brooks Koepka, to name a few — there are other factors that will affect the outcome, such as the course setup at Le Golf National in France in what will be a home match for the Europeans.

“If you look at Hazeltine last time and how they set that golf course up: Big wide fairways … pins in the middle of greens; it wasn’t set up for the way the Europeans like to play. I think Paris will be a completely different kettle of fish, so I think it will be so different.” 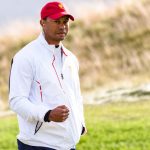 You may also like #AskAlan: Would Tiger weaken or strengthen the 2018 U.S. Ryder Cup team?

And McIlroy seems confident not only about his team’s chances, but also about his chances of making the team, saying, “So I’m confident. I obviously need to make the team first, but everything being all well and good, I’ll be on that team and I feel like we’ll have a really good chance.”

He summed up his answer with this noteworthy closing remark: “I think we’ll have a great team and it definitely won’t be as easy as they think it’s going to be.”