You can count Rory McIlroy among those not thrilled with golf’s condensed new schedule. On Wednesday, McIlroy took questions at the Omega European Masters (where he also gave Justin Timberlake a bunker lesson) and said he wasn’t sure about the changes the PGA Tour made this season.

McIlroy, who struggled in this year’s majors but is coming off a $15 million FedEx Cup victory, defended his season-long performance and said that by only focusing on majors, the golf world would be missing a large part of the picture.

“If the narrative becomes that the majors are the only important thing in golf, then that’s dangerous because are fans not going to care for the other 48 weeks of the year?”

The remarks echoed Justin Rose’s comments from July at the Open Championship. Rose said the major season was “too condensed” and that he preferred a period longer than a month to peak for major championships. By contrast, Brooks Koepka said all season that he was a fan of the schedule change.

“I’m looking forward to it,” he said in May. “It’ll be fun. If I can get on a nice run, you can rattle off all the majors, which would be nice.”

Koepka got on a nice run indeed, notching four top-4s in the majors en route to World No. 1.

2019 marked the first year in which the PGA Championship was played in May, opening up August for the FedEx Cup playoffs. That allowed golf to get out of the way before football took over the attention of the sporting world. As a result, the major season condensed to a period of about four months. McIlroy suggested that golf take a cue from tennis. The U.S. Open, the final leg of the tennis grand slam, is taking place this week in New York.

“If [golf’s majors] are spaced so closely together, will fans only care from the second week of April to the third week in July?” he added to the BBC. “I’d like to see them spaced out like tennis does. With the Australian Open in January and the US Open going on now, they’ve a nice nine-month window of relevancy.” 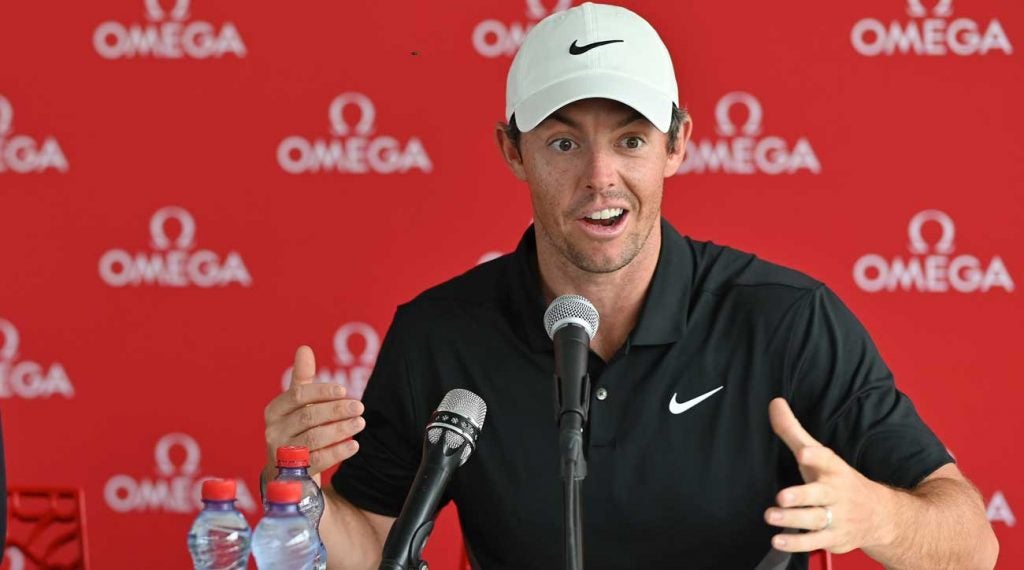 Next April, McIlroy will take on Augusta National once again, hoping to complete his career grand slam. In the meantime, there’s plenty else to play for. “I saw somewhere that there are more ranking points on offer here than there have been for eight years, Wentworth is obviously big for points and there’s a WGC coming up,” McIlroy told the Telegraph. “There’s still a lot to play for. That’s my focus for the rest of the year – getting closer to that No 1 spot.”