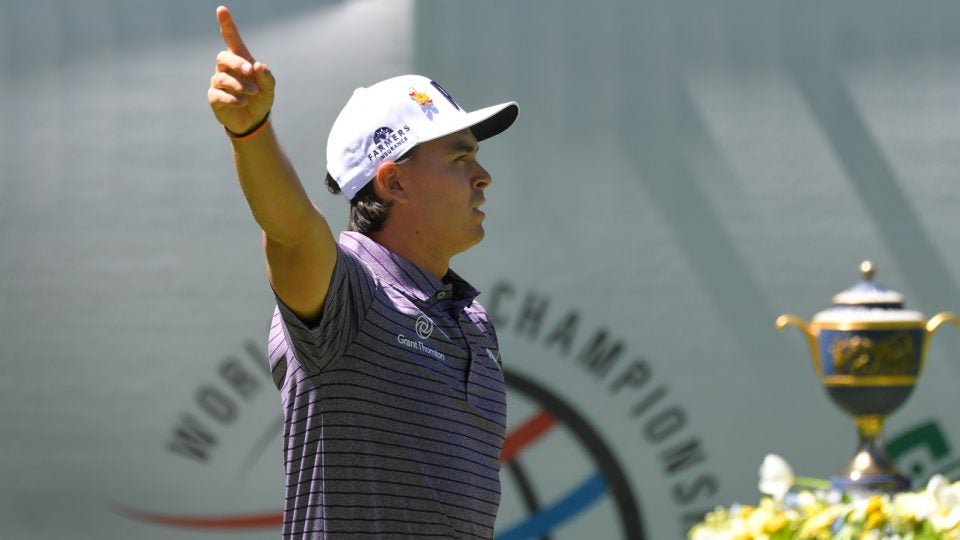 Rickie Folwer during the first round of the 2019 WGC-Mexico Championship.
Getty Images

There has been a lot of noise (and complaints) made about the new drop rule on the PGA Tour this year, but there hasn’t been a high-profile penalty for violating it. Not until today, that is, when Rickie Fowler was penalized for making an incorrect drop after a shank out-of-bounds in Mexico City.

It happened right at the start of Fowler’s second round. Playing the par-4 10th hole at Club de Golf Chapuletec (his first hole of the day), Rickie shanked his second shot wide right and out of bounds. He took a drop and a penalty for the OB shot, and then played what he thought was his fourth shot onto the green.

He was looking at a long bogey try, but Rickie’s day was about to get worse. It turns out that Fowler made his drop from shoulder-height. That is a violation under the new rule changes that went into effect on Jan. 1. The new rule changed the required drop distance from shoulder height to knee height.

The new rule is forgiving, though, in that it allows golfers to re-drop free of penalty after they make an incorrect drop (as long as they don’t hit the ball). But Fowler didn’t realize his mistake and played the shot anyway, leading to a triple-bogey 7 to start his round.

Fowler isn’t the first one to flub the new drop rule. Jordan Spieth and Phil Mickelson are among those pros to almost make a drop from shoulder-height this season. The difference is that most other players corrected their mistakes before playing the shot, and, therefore, didn’t receive penalties.

The new drop rule has received more criticism from PGA Tour pros than any of the rule changes. Bryson DeChambeau called the rule “absurd” in Hawaii.

The triple bogey dropped Fowler to three over for the tournament, but he was able to get one shot back with a birdie on the next hole.