ORLANDO, Fla. — Two days before the Arnold Palmer Invitational at Bay Hill teed off on Thursday, I caught up with Rickie Fowler to see what equipment he had in his golf bag.

While Fowler isn’t one to make many changes to his setup during the season, he has made a few significant switches so far in 2020, which we highlight below.

Enjoy the photos and information about Fowler’s most recent club setup.

1. Going back in time with the driver 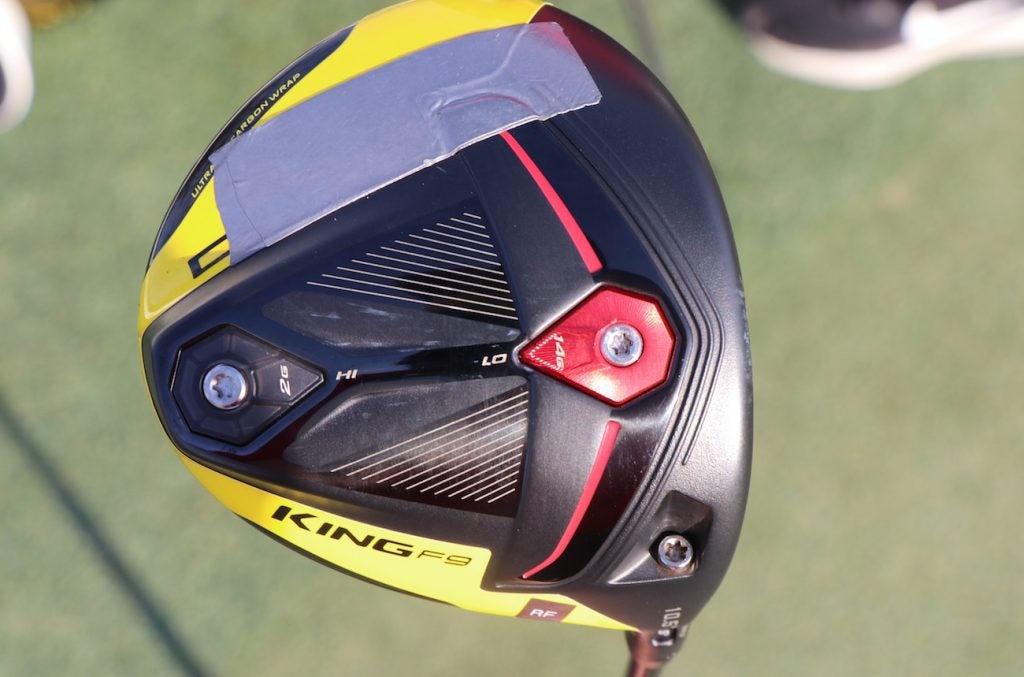 Fowler started the year using Cobra’s new King Speedzone driver, but he switched back into its predecessor — the Cobra King F9 — at the Honda Classic; he still had it in the bag at Bay Hill.

He has lead tape applied to the toe section of the club, which will impart a fade-bias, and the 10.5-degree head is adjusted down 1.5 degrees using Cobra’s adjustable MyFly hosel system. 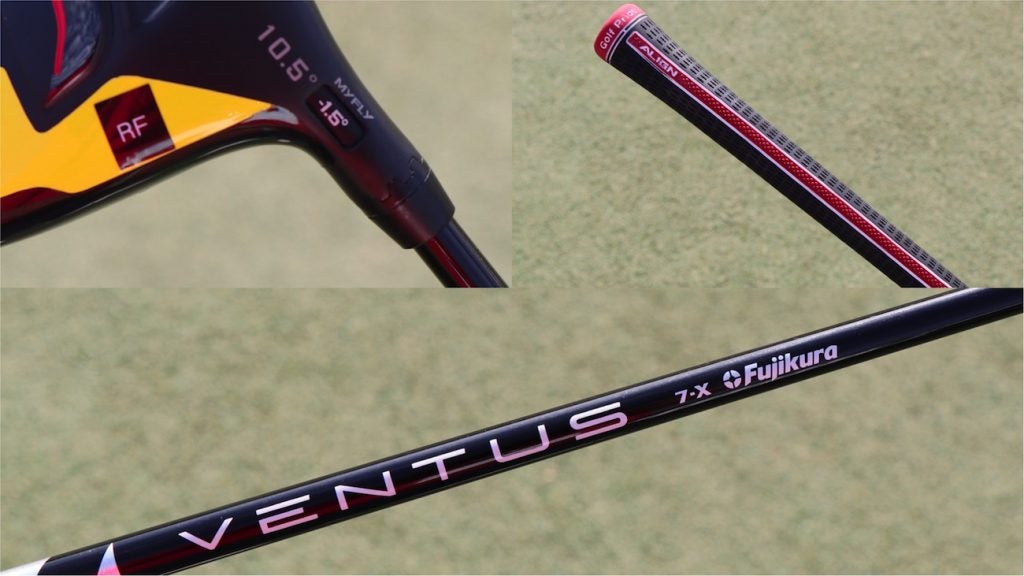 His “new” driver is equipped with a Fujikura Ventus Black 7X shaft, and like all of his clubs, it has a Golf Pride Align reminder grip.

2. Fairway wood on the rails 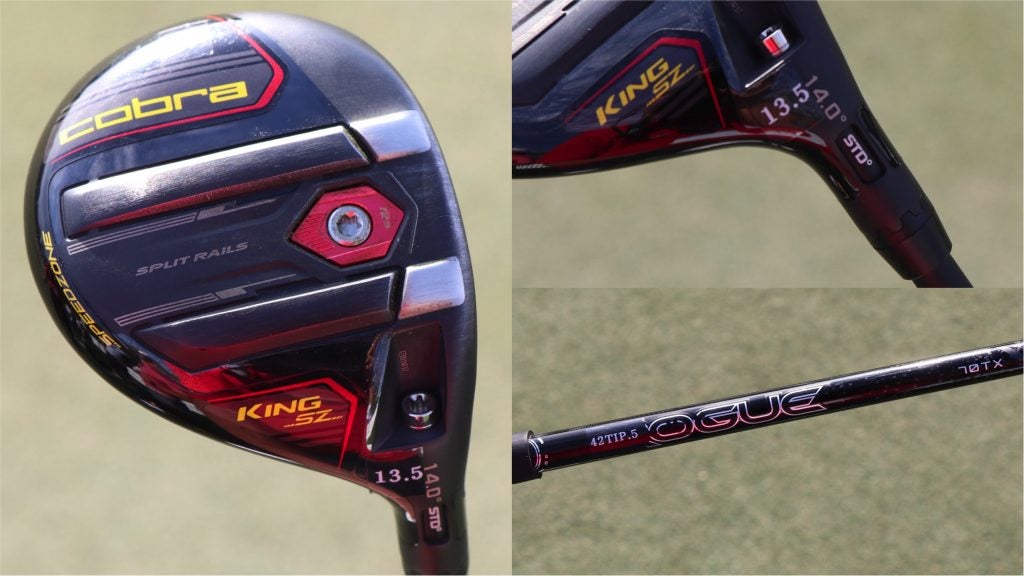 Fowler is using Cobra’s new Speedzone Tour 14-degree fairway wood that plays at 13.5 degrees of loft. The club is designed with Cobra’s familiar rail system for better turf interaction, and it has a fixed weight in the front portion of the sole to help shift CG (center of gravity) forward in the head to make it more workable.

His fairway wood is equipped with an Aldila Rogue Black 70TX at 42 inches (tipped 0.5 inches). 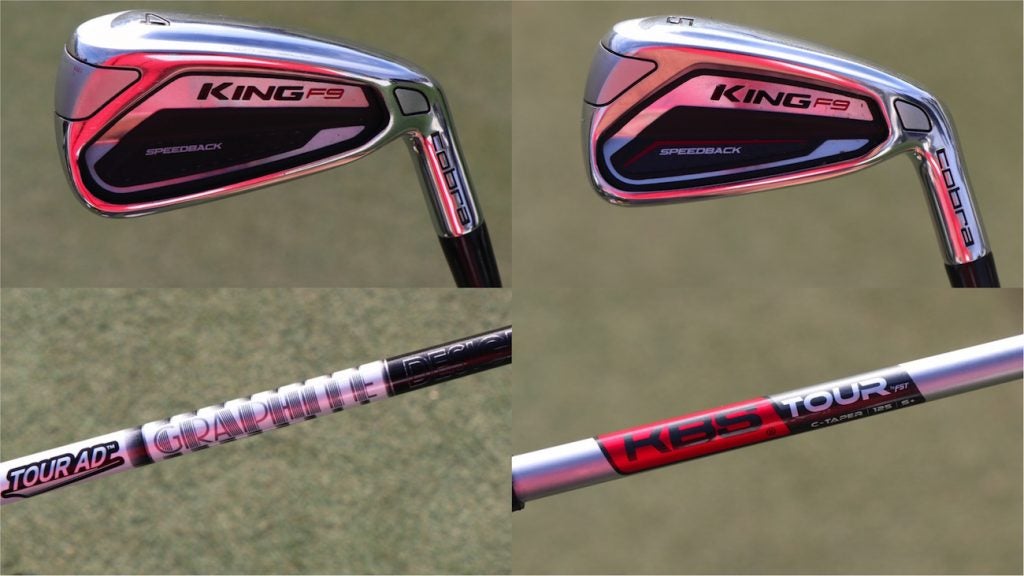 On Tuesday, Fowler had two different Cobra King F9 Speedback long irons in his bag. Those irons were designed as game-improvement clubs, providing faster speeds and higher launch for amateurs, but Fowler uses the technology as long-iron replacements.

His 4-iron is equipped with a Graphite Design Tour-AD prototype graphite shaft, and his 5-iron has a KBS C-Taper 125 S+ shaft in it. Since Fowler’s bag had 15 clubs in it for a Tuesday practice round, it’s likely he’ll opt for only one of these options come Thursday. 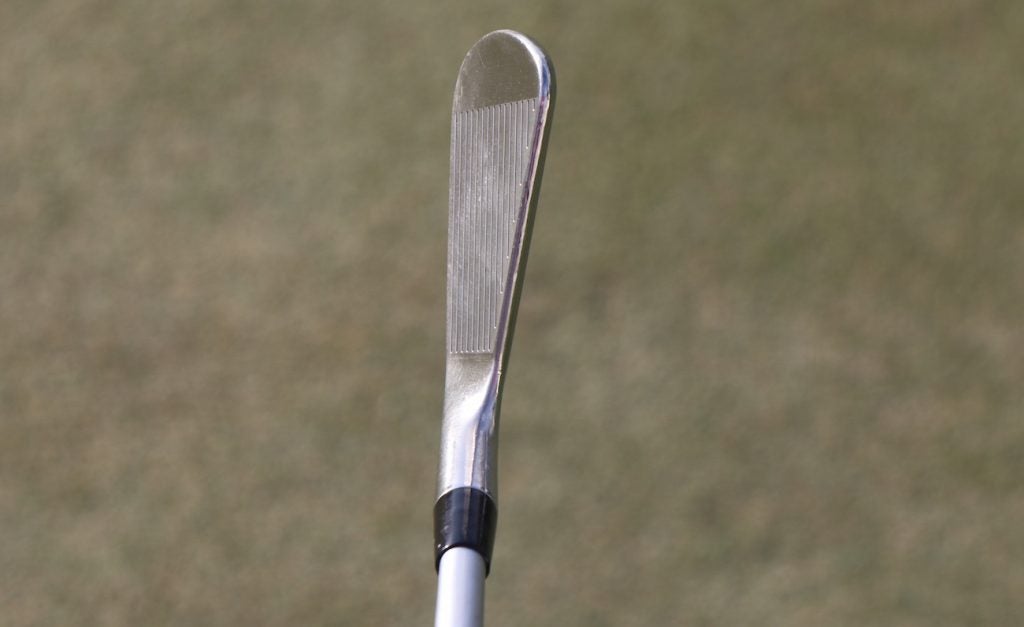 Don’t feel bad, even Rory McIlroy gets “the shakes” when he looks down at Fowler’s new custom Cobra blade irons. The photo above shows Fowler’s 4-iron at address, and it’s quite intimidating, to say the least. 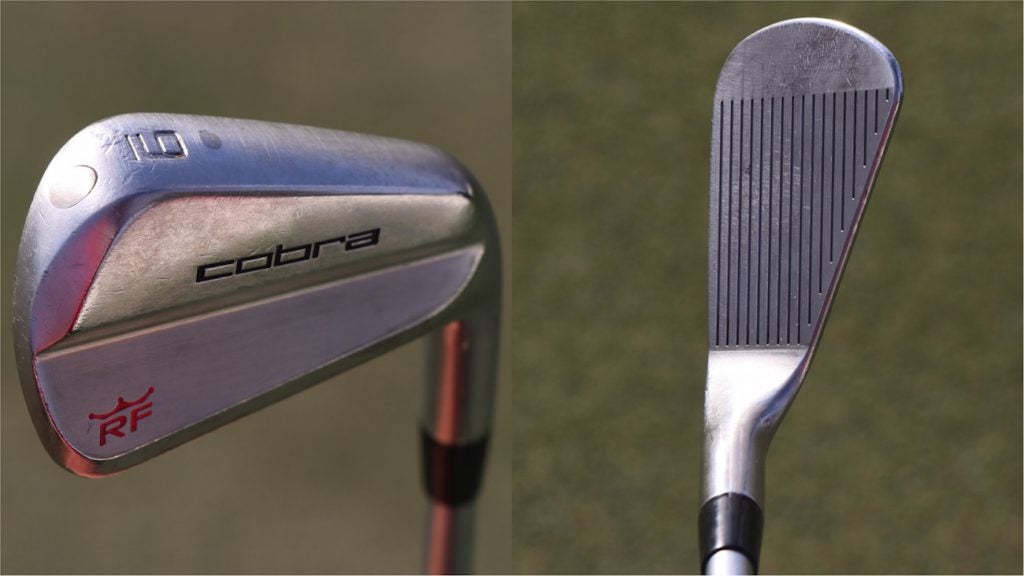 Even his 9-iron is terrifying!

While Fowler was using True Temper Dynamic Gold Tour Issue S400 shafts in his irons in 2019, he’s since switched back into KBS C-Taper 125 S+ iron shafts that he used earlier in his career. 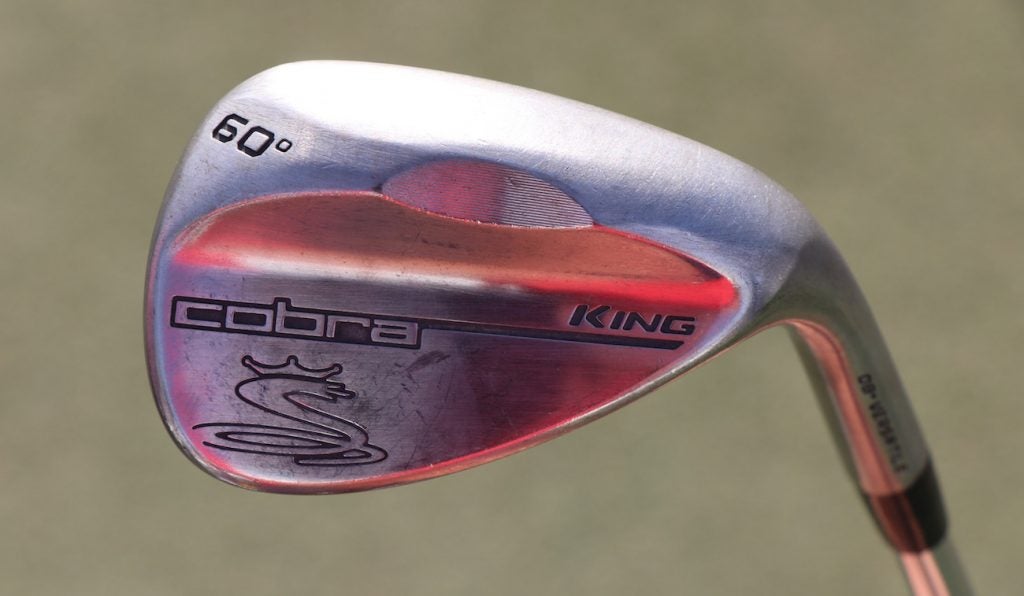 Fowler, who once started the wedge stamping craze with his “Call Me Maybe” stamping, now has a cleaner look on his Cobra King wedges (50, 56 and 60 degrees). It could be that Fowler is growing out of the wedge-stamping game, or maybe his new wedges just haven’t gotten the full custom treatment yet. 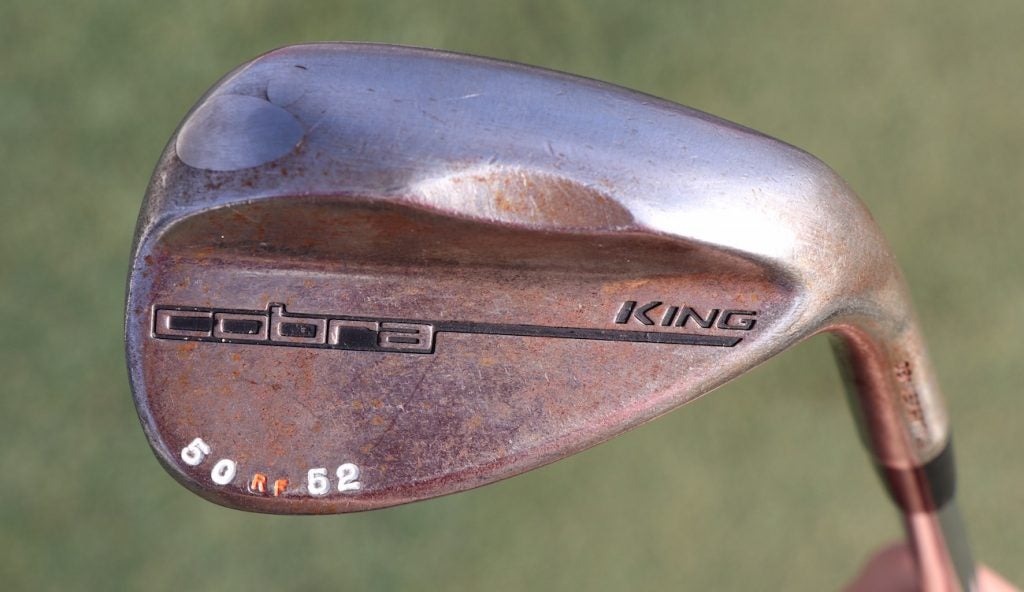 His 50-degree wedge still has a bit of flavor on it, but nothing compared to some of the wedge stampings and paintfills he’s had in the past. Could this be a new, cleaner look for Fowler going forward? 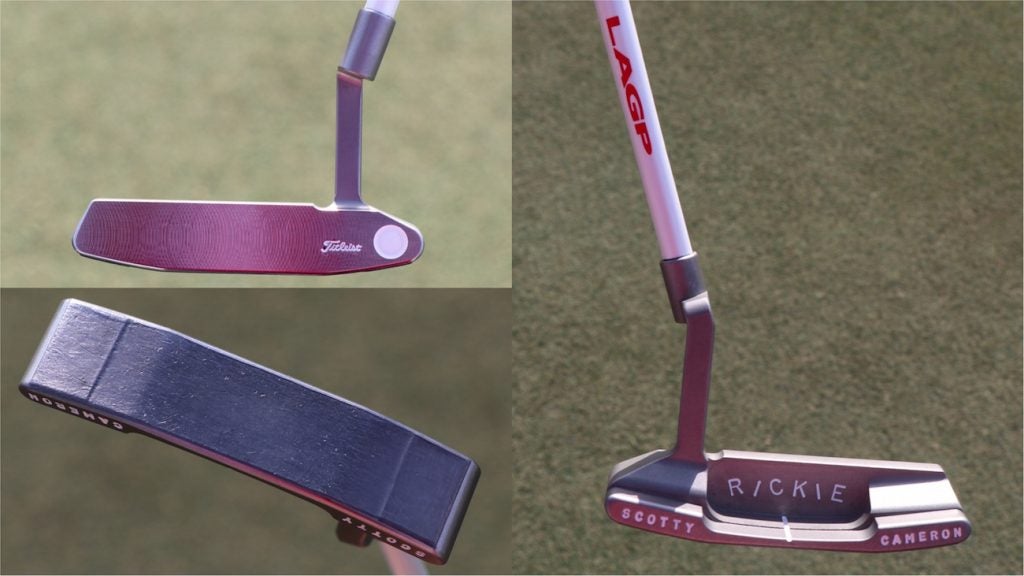 Fowler not only switched to his backup Scotty Cameron Newport 2 putter, which has a white dot on the face instead of his classic orange dot, but he’s also joined the growing list of golfers using a graphite iron shaft.

Rather than a standard steel putter shaft, Fowler is now using an LA Golf “TPZ One 35” putter shaft. According to an LAGP representative, the shaft is extremely stiff with low torque and uses internal laminate dampening technology for a better feel. The multi-material layering technique is also designed to stabilize the putter head through impact.

He first put the putter in play last week at the Honda Classic, and it was back in the bag as of Tuesday at Bay Hill. 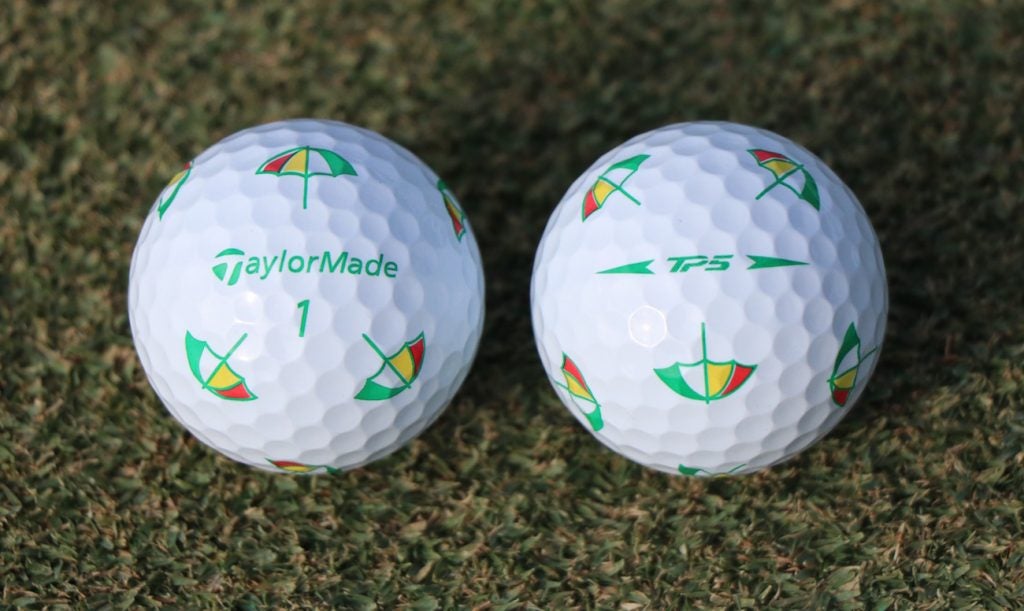 Fowler will tee it up at Bay Hill with a custom 2020 TaylorMade TP5 Pix golf ball, as pictured above. Fowler’s particular golf ball will be numbered “15” instead of “1” but the design will be the same. According to a TaylorMade representative, these golf balls are just a one-off design and will not be available to the public.