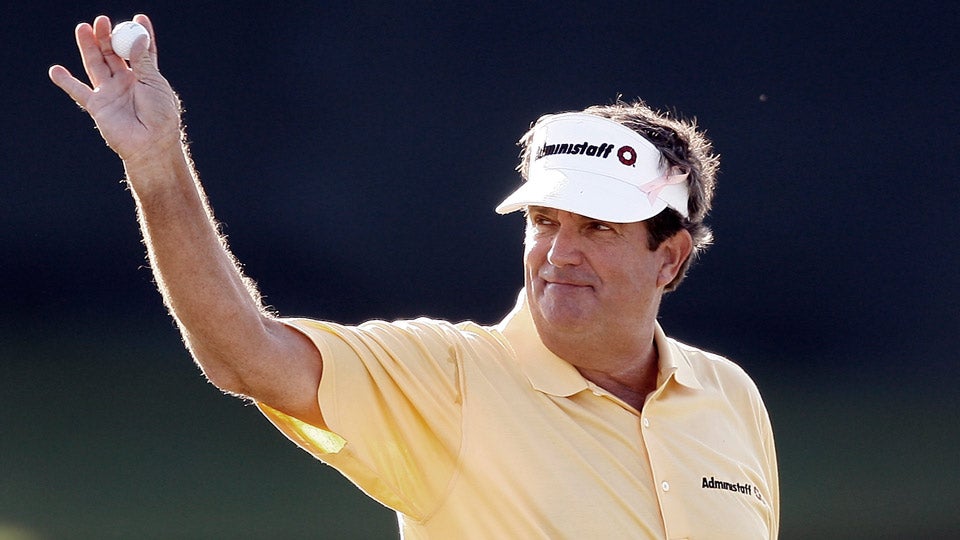 Bruce Lietzke acknowledges the fans during the Administaff Small Business Classic at The Woodlands Country Club in Texas in 2009.
Getty Images

Bruce Lietzke had all the attributes you want in a next-door neighbor: Self-deprecation, humor, a pleasant nature, a realness, a playfulness, a deep sense of family and a vintage car collection to die for. With Lietzke, you could walk next door and get a golf lesson, borrow a wrench, talk fishing, and hear his famous banana story or about the time he revved one of his hot cars up Magnolia Lane.

My favorite Lietzke story, and the one that clinched his status as my favorite touring pro, happened in 1995. I needed to interview him for a magazine cover story, but our schedules conflicted. I was leaving for the British Open, and he was going on one of his long family vacations and time was running out. So I read him the list of questions while in a taxi on the way to the Dallas-Fort Worth airport and asked him to leave his answers on my answering machine. I told him I’d then listen to his answers and transcribe the quotes during a layover in Chicago on the way to Scotland.

Professional athletes who could benefit from media training don’t need a seminar. They just needed to hang out with Lietzke for a day. 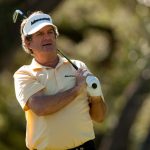 You think of him and stories rush in. One involves a delay to his professional career. He had soured on golf after a subpar senior season at Houston, so instead of turning pro he went home to Beaumont, Texas, put his clubs in a closet and announced he was through competing. “Basically I chickened out,” he told me.

After a few weeks, his father helped him get a job as a night security officer at a local chemical company. For the next six months, security officer Lietzke was, as he put it with typical self-deprecation, “Beaumont’s answer to Barney Fife.”

“I had a gun in one desk drawer and bullets in another,” he recalled. “But both were locked, and they didn’t give me a key.”

The job gave him perspective. He decided he didn’t want to work second shift the rest of his life. So the clubs came out of the closet, and his grooved power fade would go on to make him rich and famous. He made it work on his terms. He had one equipment company over 27 years (Tommy Armour), one teacher (brother Duane), one ball flight (left to right) and no agent after 1985.

He was the Accidental Tourist, the reluctant golfer whose idea of practice was the occasional Wednesday pro-am. The banana story of the mid-1980s underscores that point. At season’s end, caddie Al Hansen didn’t believe Lietzke would not touch his clubs in the offseason, so he stuck a banana under the driver headcover. When unloading the clubs the next January, the pair discovered the banana. It smelled so badly they threw the bag away.

What’s more, Lietzke would skip the U.S. and British Opens while on those long family vacations while his kids were on summer break. He’d emphatically say that he’d bypass the Open even if he won the Grand Slam’s first leg at the Masters.

We talked and texted some in the last 15 months, since he had a tumor removed. In June of last year, the day before a round of chemotherapy and radiation ended, I wished a Happy Father’s Day to the best Tour father I’ve ever come across. In part, his upbeat response read:

“I get a month break from both programs and in late July I do an MRI to see if the cancer is spreading or if it has diminished. I have made it through both programs and I am strong and healthy. Looking forward to this break!”

Sadly, the only things breaking now are the hearts of people who knew Bruce Lietzke. He died the other day of brain cancer, way too young, at 67. The world will miss him and all he stood for.

Jeff Rude got to know Bruce Lietzke when he was the national golf writer at the Dallas Morning News before working for 19 years as a Golfweek senior writer.