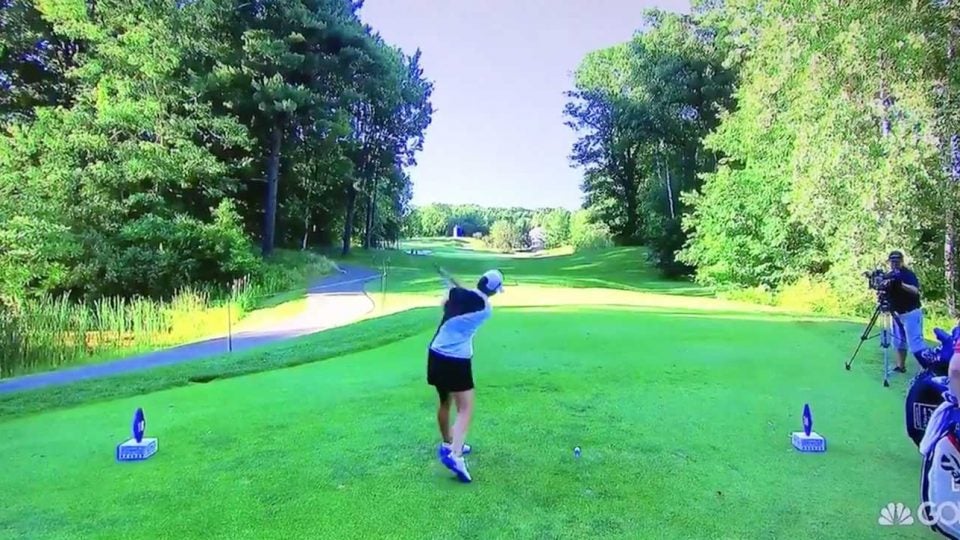 Beatriz Recari is an extremely good golfer; she has won three times on the LPGA Tour and represented the European side in the Solheim Cup. But she also has the misfortune of playing a game that can make even its best participants look a bit foolish every now and then.

Recari was already unlikely to make the cut at Thornberry Creek LPGA Classic as she stepped to the 18th tee on Friday, but she had one bit of real excitement left in store.

In the middle of her swing, her foot appeared to slip out on the tee box and she completely missed the ball. We’ve seen whiffs from strange lies or near trees or in your buddy’s weekend foursome, but a whiff with a driver? In an LPGA event? That may be a first.

You can watch the complete swing-and-miss below. Recari played her second shot (yes, the whiff counts as one) and went on to make a double-bogey 6 on the hole. She missed the cut by four shots.