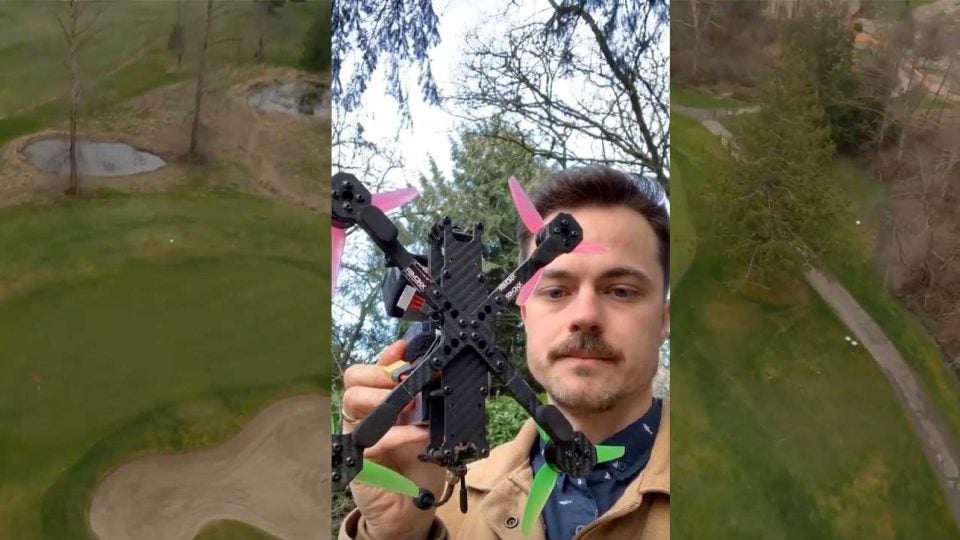 We may have reached a new frontier in golf video content, thanks mostly to racing drones and one helluva pilot.

A Seattle drone pilot named Ross Beck recently released an incredible video of golf shots, up close and personal, from tee to green, all shot via a drone that can fly 85 mph. You can find Beck on Instagram at @rosshasadrone and, thanks to a groundswell on Wednesday, on Twitter at the same handle.

Beck and the production company Motion State spent an afternoon at Avalon Links (just north of Seattle) flying a racing drone alongside approach shots into a par-3. The results are mesmerizing. Real-life footage that mimics the type of tracking shots only seen in video games. Check it out for yourself.

Beck does this type of drone work in all kinds of places (not just golf courses), but a number of golf- and drone-loving followers flooded his account Wednesday. By the time it was afternoon on the West Coast, his following had doubled to north of 4,500.

As he detailed in his Instagram story, the drone Beck uses can top out at a speed of 85 miles per hour and is custom-built by a company called XHOVER. “I averaged about 60 [mph] on the approach for the shot and then right when he would hit it, throttled up to 85 so I could follow the ball,” Beck said. “It’s really, really fun.”

It looks fun! Beck also uses a pair of goggles when flying the drone and a heavy-duty transmitter. His batteries, according to his story, only last about five minutes, and in order to get some of the shots in frame, he took about 10 attempts to nail the shot. So it definitely took some focused effort.

For golf content fans, we actually saw Erik Anders Lang post a similar shot to this (without the result of reaching the green) earlier this year. Here’s to more racing drones capturing footage in the future. Can you imagine Tiger Woods’ stinger with this type of shot? Or Phil Mickelson flop shot?