This pro has the coolest (and most controversial?) yardage book you’ll ever see 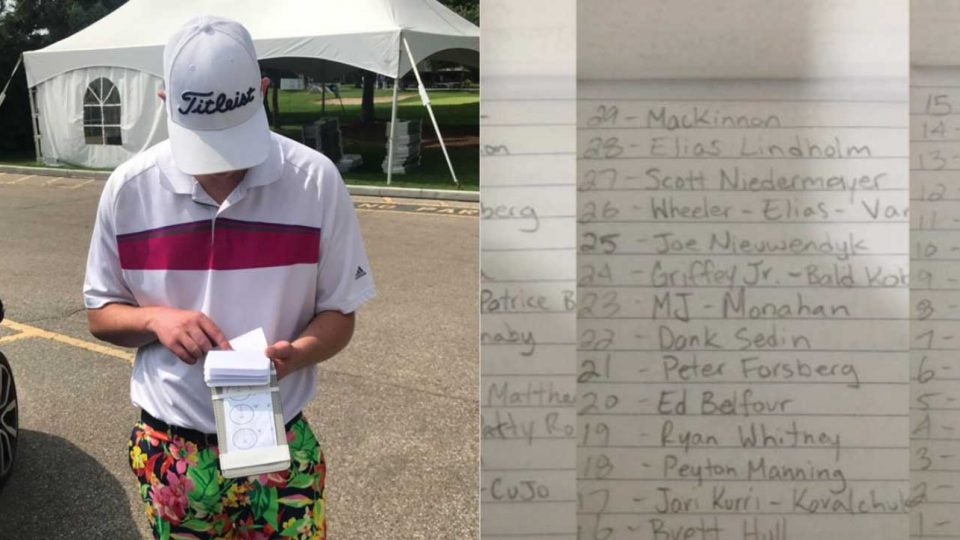 If you happen to be at the Mackenzie Tour event this week, and if you find yourself close to Jared du Toit and his caddie, Nolan Renwick, you might want to listen carefully when they go through their yardages.

The 24-year-old Canadian pro and his looper are trying something different at this week’s 1932byBateman Open in Edmonton, Alberta. du Toit tweeted the plan on Wednesday night, saying “Goal this week is to not use one number when trying to get the yardage. @N6Renwick has the cheat sheet.”

What kind of cheat sheet, you ask? Check it out below.

Goal this week is to not use one number when trying to get the yardage. @N6Renwick has the cheat sheet. pic.twitter.com/zr8fiClTkf

That’s right. The duo is using some of their favorite athletes’ jersey numbers for yardage distances. Here’s a closer look: 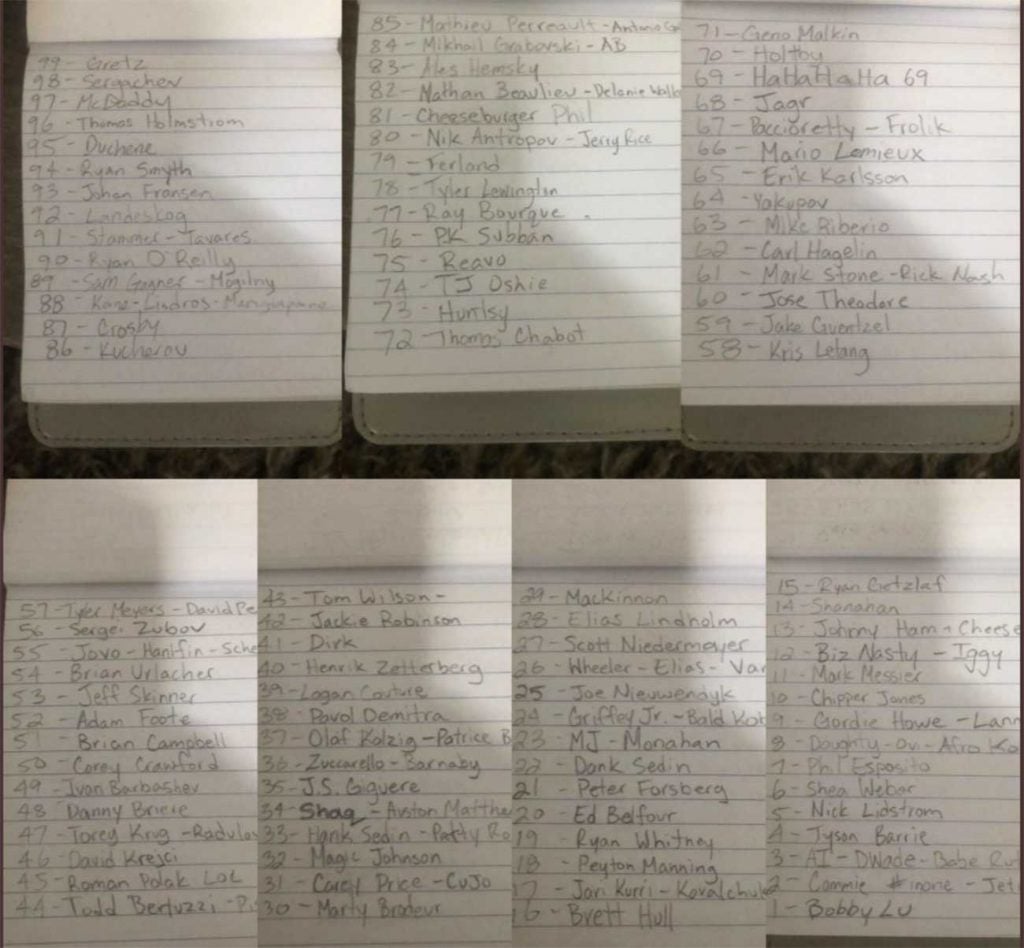 So how exactly does it work? Here’s one example du Toit used on Twitter, which translates to 62 yards to the pin with the plan to carry it 53 yards.

“So we have Carl Hagelin to the pin, greens are firm so let’s try and land it Jeff Skinner”

This looks like no easy task with the studying that must be involved. But apparently Renwick has been studying up.

Literally the only homework I’ve ever done. https://t.co/R9fXjHFgRe

Of course, like anything on Twitter, this has also become highly controversial… kind of. Twitter users are weighing in with snubs of athletes they think should have been used. No Micky Mantle at 7? What about Doug Gilmour! Ryan Whitney over Steve Yzerman? But hey, it’s not a good list unless it’s controversial, right?

Anyway, this is du Toit’s eighth Mackenzie start of the season. So far he has made five cuts and has one top 25. Let’s see if this new tactic propels him to his best finish of the season.