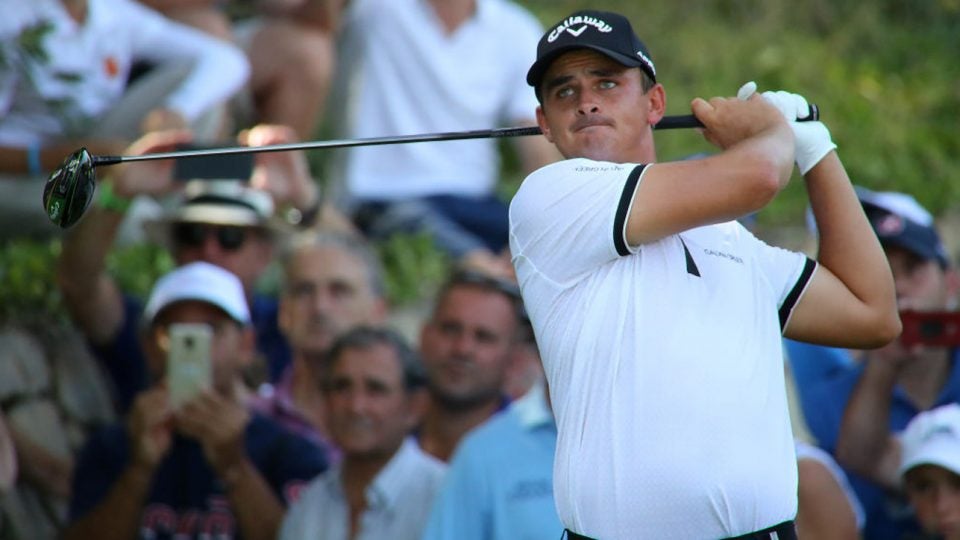 Pro golfer Christiaan Bezuidenhout captured his first European Tour victory on Sunday by winning the Andalucia Masters at the Valderrama Golf Course in Spain. But the 25-year-old South African golfer’s journey to his six-shot victory in Spain this weekend was not so easy.

In a blog post written for the Tour this past March, Bezuidenhout revealed that he almost died at the age of 2 after accidentally drinking a cup of rat poison disguised in a Coca Cola bottle.

“It was a moment which would change my life forever,” Bezuidenhout wrote. “As a result of that moment of naivety I almost died. The hospital had to pump my whole stomach to get rid of all the poison, but the poison affected the whole nervous system in my body.”

Fortunately, Bezuidenhout’s life was saved. But the poison left him with long-term issues, including a stutter that he still has today. Being embarrassed by his stutter led to Bezuidenhout developing “a severe case of anxiety.” He began seeing a psychologist and made progress, but therapy couldn’t fix his speech impediment.

When he was 14 years old, Bezuidenhout started taking beta blockers that were prescribed by his doctor to help with the anxiety. According to Bezuidenhout, it worked in dealing with his speech impediment.

“I used the medication for seven years during my amateur days which helped me become more confident and enjoy my life again,” Bezuidenhout wrote.

But during the 2014 British Amateur at Royal Portrush in Northern Ireland, the home of next month’s Open Championship, Bezuidenhout was drug tested after his first round. Two months later, his dad called to tell him that he’d been suspended for using the beta blockers despite having “wrote the medication down on the form prior to the drugs test, making no secret of the fact [he] was using this medication.”

“It felt like my life was over,” Bezuidenhout wrote. What followed was the darkest period of his life, as he was accused of using the beta blockers as a performance-enhancer in addition to a lot of other “nasty things.”

But Bezuidenhout overcame all the obstacles thrown his way, as his ban was reduced from two years to nine months after a hearing. Most importantly, Bezuidenhout was “was cleared of using any form of drug to better my performance.”

Bezuidenhout joined the European Tour in 2017 after a stellar Rookie of the Year campaign on South Africa’s Sunshine Tour. Now, he’s a European Tour champion after shooting 10-under overall at Valderrama this week.