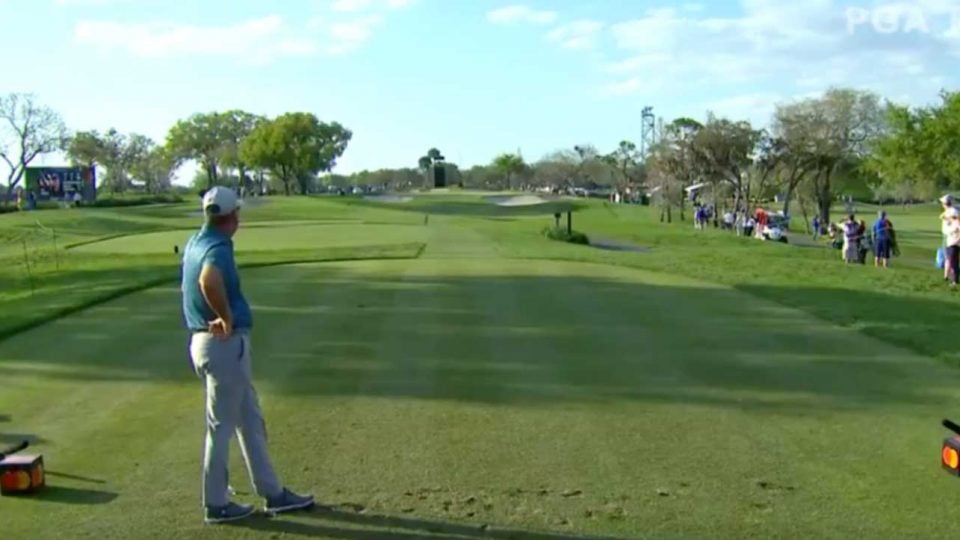 Not all aces are the same. Some even look like trouble off the tee. At least that’s what D.A. Points would like you to believe.

Points stood there on the 7th tee box at the Arnold Palmer Invitational on Thursday, having made six straight pars up until this point. Playing the par 3, he swung and shouted at his ball “Go! Go!” leaning on his 6-iron in disgust. What he didn’t know is that it was tracking straight toward the cup.

Thankfully, the fans let him know what happened. Points aced the 7th, the second one on that hole Thursday, before sheepishly accepting high-fives from his playing partners. “I wonder what happens when he hits a good shot,” David Feherty sarcastically offered on the broadcast. “Have you ever heard that kind of commentary for an ace,” Feherty was asked. “No,” was the answer. Check it out for yourself below.

Points joined Francesco Molinari as the ace-makers on the 7th hole this week. According to the broadcast, there were only three aces made at that hole in the last 40 years of the API. Unfortunately for Points, his round didn’t get any better after his amusing ace. He would bogey each of the final two holes of his round, finishing back at even par, seven shots behind Rafa Cabrera-Bello.