Golf and the coronavirus: how to play with confidence, according to an expert 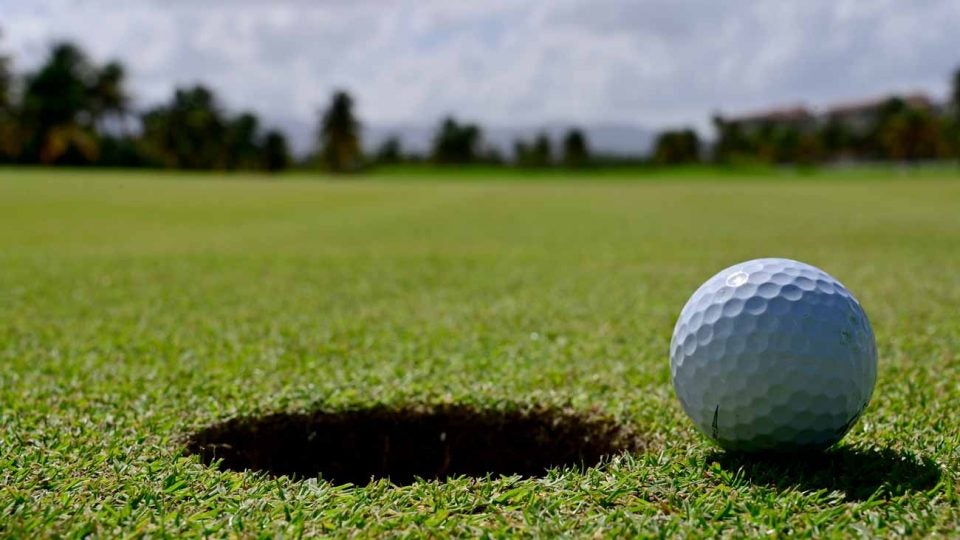 You can still play golf.

Your average golf score? Give yourself a few strokes the first few holes. Just skip the driving range and practice tee and other warm-up areas where it’s difficult to keep your distance from folks.

Those 1st- and 18th-hole handshakes? Try an elbow bump or a foot bump. Or, since it’s golf, a club tap.

That extra space in your golf bag next to your tees or balls? Put your hand sanitizer there. And use it. Frequently.

And then play away in these days of the coronavirus, says Dr. Kelly Cawcutt, associate director of infection control and hospital epidemiology and Nebraska biocontainment unit member at the University of Nebraska Medical Center in Omaha, Neb. And also so says Kelly Cawcutt, golfer, wife of a golfer, mother of a golfer and daughter of a golfer.

“Being in a wide-open, outdoor space is the least at-risk scenario,” Cawcutt said. “Precaution is the name of the game. It’s very reasonable to play if you are smart about it and follow the proper guidance.

“You’ll have to follow precautions that you normally wouldn’t have to, but I would play under that guidance.”

Players, both pros and average Joes, still have many tee boxes. A quick look online shows tee times available across the country — about 15 miles from Cawcutt’s office, Indian Creek Golf Course is open, and staff is “educated and prepared from the front-line standpoint,” said James Rolls, the club’s director of golf. In Bandon, Ore., Bandon Dunes Golf Resort is also accepting reservations, and “we are following the guidelines established by the CDC for preventing the spread of the virus and we have implemented increased sanitation measures throughout the resort to ensure that we are providing the highest level of service and cleanliness to our guests,” said Michael Chupka, the resort’s director of communications.

One of the biggest determinants to play, Cawcutt said, is actually the players themselves.

“Do not golf if you’re sick,” she said. “We do not want you to spread the infection. We don’t want you to put someone else at risk just to play the game.”

“In a lot of cases, you know how you feel, and if you’re feeling the symptoms, hold off for now,” Cawcutt added. “Get back to the game at a later date.”

A breakdown of the golfer and the coronavirus from Cawcutt:

Washing your hands with soap and water is best, but hand sanitizer is a good second option. And yes, you can make your own. Lauren Hinkle, Nebraska Medicine infection preventionist, demonstrates a recipe that is both easy and effective.https://t.co/NC6toW1pCB

What should a player do throughout the round?

Hand-sanitizing and hand washing should be as welcomed as hitting the fairway off the tee.

“As you go through the game, wash your hands with soap and water for at least 20 seconds when you’re able to, or alternatively use hand sanitizer liberally,” Cawcutt said. “If you have contaminated hands, we don’t want you touching your mouth or face. We don’t want you to get the virus on your hands.”

At tee boxes, fairways and greens, practice “social distancing” with groups outside of your own — about 6 feet.

“Stay out of range,” Cawcutt said. “Minimize that close contact. Minimize the risk of getting it.”

1. How should you handle your golf clubs?

“You should wipe down the edges of the bag, the handle of the club, the parts that touch the golf cart,” said Cawcutt, who advised not renting clubs. “I know that people have varying types of handles, but wipe down the handles. It’s just to reassure yourself that they are as clean as possible.”

2. How should you handle your golf balls?

Use of hand sanitizer and hand washing should again be as welcomed as picking up your ball from the cup after a birdie.

But maybe let that Pro V1 you found in the woods go this time.

3. How should you handle your golf glove?

Cawcutt suggested hand sanitizer for your glove, too, though not ideal, as it will create some slickness.

“If you’re willing to put it on your glove, use it,” she said. “It’s the safest avenue. Something to keep your glove clean is ideal.”

4. How should you handle the golf cart?

Walking might be the way to go, but if you ride, you wipe.

“Wipe the steering wheel and seat and minimize the risk of other people who have used the cart,” Cawcutt said. “It’s something different, but doing that will give you a sense of security.”

Get your information from reliable sources. At ⁦@UNMC_ID⁩ we have experts like my trusted colleague ⁦@KellyCawcuttMD⁩ who can answer your #COVID questions. https://t.co/KSu7iDrYxJ

5. How should you handle your cellphone during the round?

Oh, man, what did Sara just tweet? I wonder if Matt just posted to Facebook? The group ahead of me is measuring that 2-footer with Bryson-esque slope precision? Time to bust out the phone, right?

Maybe wait till you’re home, but if you do have to check out the latest and greatest from GOLF.com …

“Keep it somewhere where it’s not put directly on the dashboard of the cart,” Cawcutt said. “While using the phone, try to keep it on one person. If you have a phone that can be wiped down, that’s great. At a minimum, you should be thinking of hygiene. Just use common sense.”

How should you handle the beverage cart?

Get your golf sodas here, if possible, rather than the clubhouse.

“​Advocate with your club for beverage cart workers to use gloves for everyone’s safety,” Cawcutt said. “Getting drinks from the cart may be safer than in a crowded clubhouse. Use hand sanitizer before drinking from the can. Avoid touching the mouth of any bottles or cans as best you can.

“Hand-sanitize before you pop that top.”

Reporter @PhilBergmanTV sat down with Dr. Kelly Cawcutt, an infectious diseases physician at Nebraska Medicine/UNMC and asked her questions along with finding out other misconceptions about coronavirus.https://t.co/85O3H9Valx

6. How should you handle the clubhouse?

Get in, get out and keep your distance.

“​Social distancing is increasingly advised to slow the spread of infection,” Cawcutt said. “Avoid time in crowded clubhouses. Sit outdoors with that 6-foot radius from others, if possible.

“Again, wash your hands or use hand sanitizer after touching any high-touch areas like door handles, desks, etc.”

7. How should you handle playing partners?

“In general, don’t shake hands and do something else, like an elbow bump, as elbows are not high-contaminated areas,” Cawcutt said. “Do welcome your playing partners and say congrats. Just find different ways than a handshake to express gratitude.”