Should Rory McIlroy have won Player of the Year over Brooks Koepka? Let’s break down the numbers

While the 2018-19 PGA Tour Player of the Year race was basically between two people — Rory McIlroy and Brooks Koepka — most believed it was Koepka out in front. Yet when it was announced on Wednesday that McIlroy won (Jack Nicklaus broke the news to him), many couldn’t believe he actually leap-frogged Koepka.

This award, however, is voted on by the players, and most apparently thought McIlroy’s campaign was better, regardless of which direction public opinion swayed. But with an award like this there are many variables that must be considered. Is it a popularity contest? How much emphasis should be put on majors? The Players? The fall season? The Playoffs? Tops 10s? You get the picture. Koepka may have topped McIlroy’s season when it comes to the majors (which aren’t run by the Tour), but McIlroy won both of the Tour’s marquee events, the Players and FedEx Cup Playoffs.

“Brooks has had an incredible year, an incredible two, three years, whatever it is,” McIlroy said on Wednesday. “He’s the No. 1 player in the world, and I don’t know, I think this speaks volumes of what PGA Tour players feel is important. I think players don’t just feel that four weeks a year is important. It’s more than that. We play a lot more. Why do we play 25 times a year if only four weeks are important? I think that’s a huge vote of confidence from the players that we play for more than just, you know, maybe what the narrative suggests.” 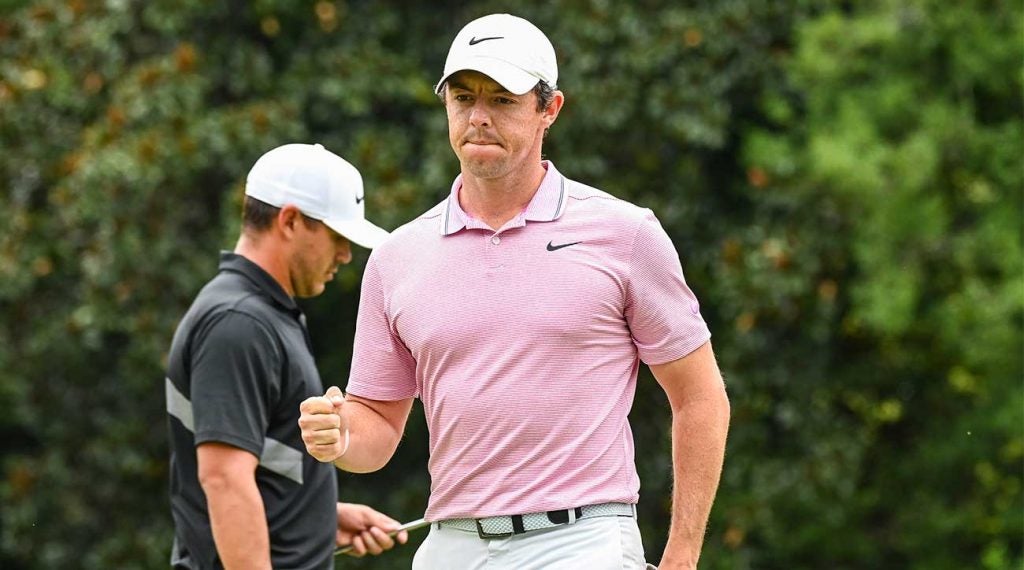 Rory McIlroy beat Brooks Koepka at the Tour Championship, and he also topped Koepka in the Player of the Year race.
Getty Images

So who should have won Player of the Year? It’s time for you to vote. Check out the comparisons of both players and decide for yourself.

And there you have it. Case closed? Well, that depends on whom you are talking to. During his conference call on Wednesday, McIlroy was asked if he was told how close the vote was.

“I inquired,” he said, “and they are keeping tight-lipped on that.”