WATCH: Phil Mickelson breaks into his viral dance moves on the golf course 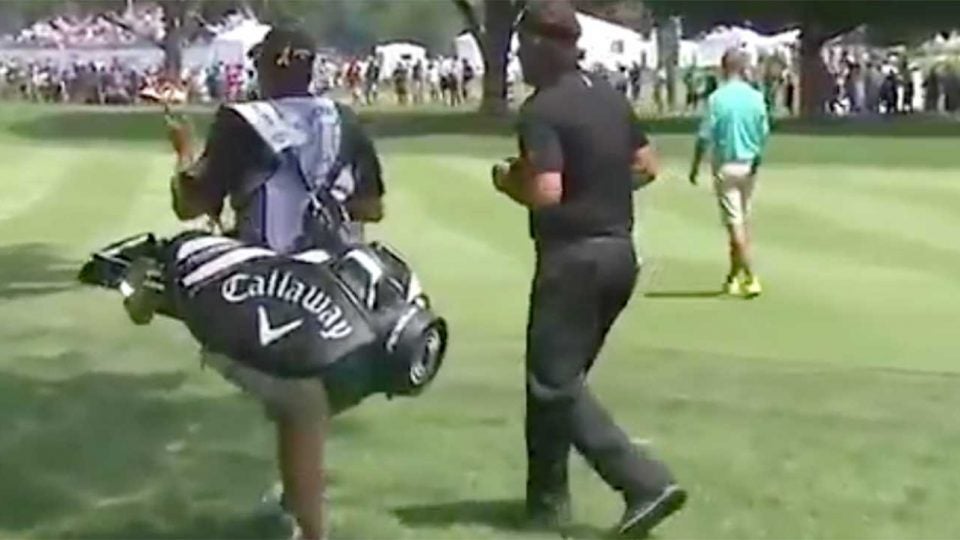 Phil Mickelson has taken his viral dance moves to the golf course.

Mickelson made headlines on Thursday morning when Mizzen+Main, a menswear company specializing in performance fabric, released a new ad featuring the 47-year-old. Mickelson, who holds an ownership stake in the company, is wearing one of the company’s shirts and dodging (i.e. dancing around) computer-generated golf balls flying his way.

The ad was viewed as a success, given the publicity it received, and Mickelson hasn’t seemed to mind the added attention. During the final round of the WGC-Bridgestone on Sunday he even broke out some of those dance moves.

Check out the videos below. The first is after making a birdie putt on the 8th hole, and the second is after punching out of trouble on the 9th.

Back at it again. 🕺 pic.twitter.com/9q6QrzipHn