Phil Mickelson explains the reasons behind his quest for more speed 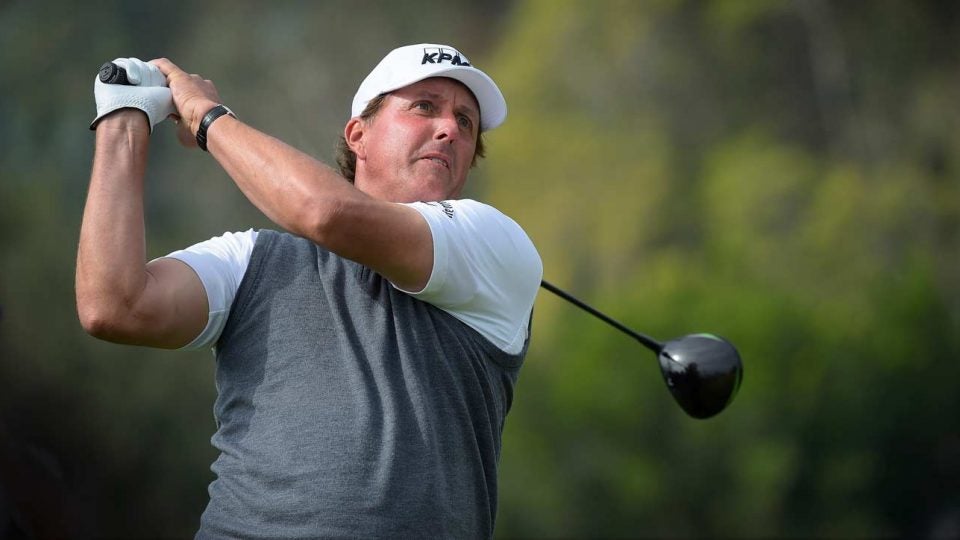 Phil Mickelson’s affinity for the long ball has become something of a golf meme since he declared his intention to “hit bombs” before the 2019 Masters, but at his pre-tournament press conference at the Pebble Beach Pro-Am, he delved into the specifics of his quest for distance.

Though he is nearing Champions Tour eligibility, Mickelson is driving the ball as far as he ever has in his career. And that’s completely by design.

“You can win on the PGA Tour not hitting the ball long,” Mickelson said. “But you cannot dominate the sport without speed.”

His determination to start hitting bombs started a couple of years ago. Mickelson was struggling to get his ball speed up over 175 mph and decided it was time for a change. And so, his pursuit of speed began.

Tournaments
Phil Mickelson says he would not accept special exemption into U.S. Open

“If I didn’t have the speed to start with, it wouldn’t even give me a fair chance,” Mickelson said.

Now even at 49-years-old, Mickelson is averaging 305 yards off the tee this season, a substantial increase from the 293 yards he averaged just over two seasons ago. And he can dial his clubhead speed up to 122-123 mph nearly “at will.”

“That’s an important part for me to feel like I’m not at a disadvantage before I even tee off,” Mickelson said. “I couldn’t start until I had the speed.”

Mickelson did clarify his statements on speed by saying there is a point of diminishing returns. At around 182 mph ball speed (or 122 mph clubhead speed) you start losing control, which is why the best players in the world fall within a sweet spot near 120 mph.

Driving distance has been the hottest topic in the golf over the last day, and Mickelson was also asked about his opinion on the matter.

“I don’t feel that you should punish the athletes for getting better,” Mickelson said. “I don’t think that we’ve had massive equipment changes; we’ve just had athletes that have been able to take advantage of equipment more so than  in the past. I hate to see that discouraged.”

Mickelson then mentioned Bryson DeChambeau’s offseason gains and how he would hate to see hard work like that punished. The stance makes sense when considering the kind of gym work Mickelson puts in to keep the shape of his calves.

So the next time Mickelson talks about “hitting bombs,” remember there’s more to it than viral internet content or satirical memes might suggest.

“There’s no substitute for speed in this game,” Mickelson said. “The best players in the world are going to have to have speed.”