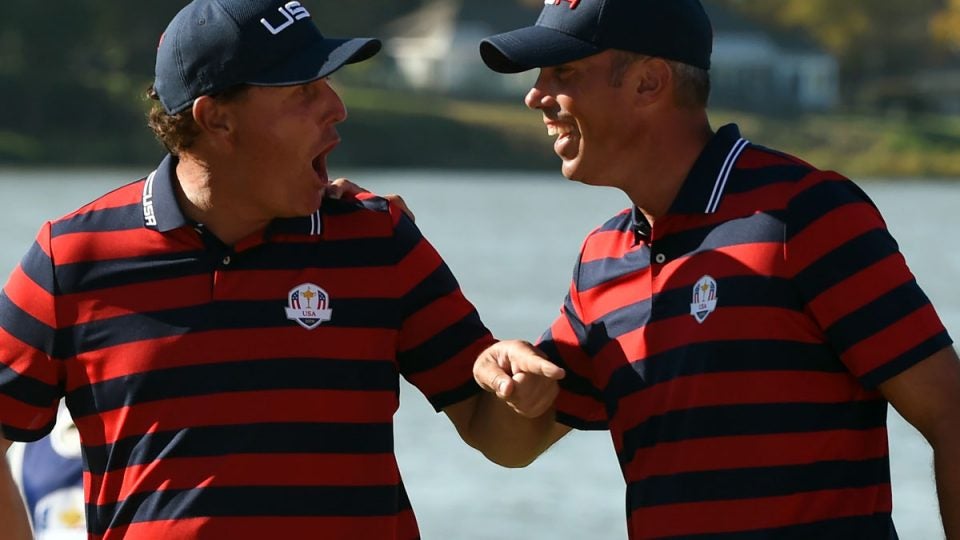 Phil Mickelson is a big-time trash talker on the golf course. His big-money practice round matches are now famous (infamous?) for the rumored amount of money at stake and verbal barbs assuredly flying around. But even Mickelson is no match for Matt Kuchar.

That’s right, the Skechers-wearing Kuchar is a menace when it comes to witty comebacks. In the latest episode of Feherty, Mickelson was asked who was the top trash-talker. And he didn’t hesitate with his response.

“Paul Azinger was my guru. He was the one I tried to emulate,” Mickelson said. ‘Clearly, now it’s Matt Kuchar. I have nothing for Matt Kuchar. I strolled up one day on the driving range. I had just gotten these gator-skinned, Augusta green, shoes and belt. David, this was tight. Even I knew I looked good. Well I walk up and Kooch goes, ‘What are those?’ I go, ‘Oh no, Matt. You have to win three green jackets to wear these.’ That was my best line. And he says, without a second to spare, ‘ Well let’s just hope I only win two.'”

You can watch full highlights from Mickelson’s appearance on Feherty, here. For an example of Kuchar’s vicious usage of the English language, check out the video below.