We’ll have to wait until Monday to crown a champion of the AT&T Pebble Beach Pro-Am, as Sunday’s final round was delayed due to inclement weather and the finish was pushed until Monday.

Phil Mickelson leads Paul Casey and Scott Stallings by three, as Mickelson chases his first victory since the 2018 WGC-Mexico Championship.

While the weather has been an issue on the Monterey Peninsula this week, at least the Rules of Golf haven’t given the tournament a negative spin. The 2019 rules changes have been a hot topic in the first two months of the season. First it was putting with the pin in and then knee-high drops, and last week it was caddie alignment that made headlines. (There was also Rickie Fowler’s rare one-stroke penalty in Phoenix, although that wasn’t one of the rules changes.)

But according to Mickelson, one rules change that’s had a big impact on this week, for the better, is Rule 13.1c(2). It covers what’s allowed, and not allowed, on the greens. Mickelson brought this up after his opening round on Thursday and also reiterated his point on Sunday.

Mickelson saying the rule will have an impact on this tournament specifically is likely due to poa annua grass on the greens. It’s a grass used often in California and in play on all three greens on the courses used for the AT&T Pebble Beach Pro-Am. It’s difficult to read, gets bumpier later in the day, and with coastal winds and soggy conditions playing into the narrative this week, the opportunity to clean up a spike mark is even more valuable. 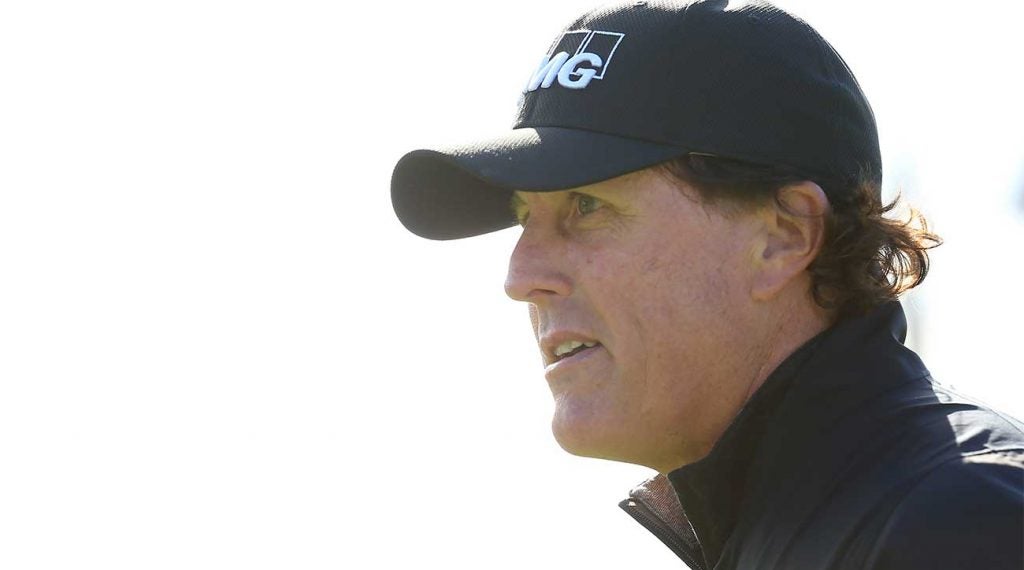 Phil Mickelson walks down the fairway on Sunday at Pebble Beach.
Getty Images

“That’s why it’s fun,” said Kostis, after the miss. “That is amazing right there. You can aim it a certain way on this type of grass and it sometimes, or most of the time, doesn’t go where you expect it to go.”

Fast forward to the 7th hole, and Mickelson and Casey were talking as Casey waited for a rules official on the 7th green. CBS microphones picked up their conversation.

“I will say this week has been so much more enjoyable being able to fix these [marks],” Mickelson said.

“You get a little two-footer; I think it’s been a real good thing,” Mickelson said.

Come Monday, it could help Mickelson to career PGA Tour victory No. 44.