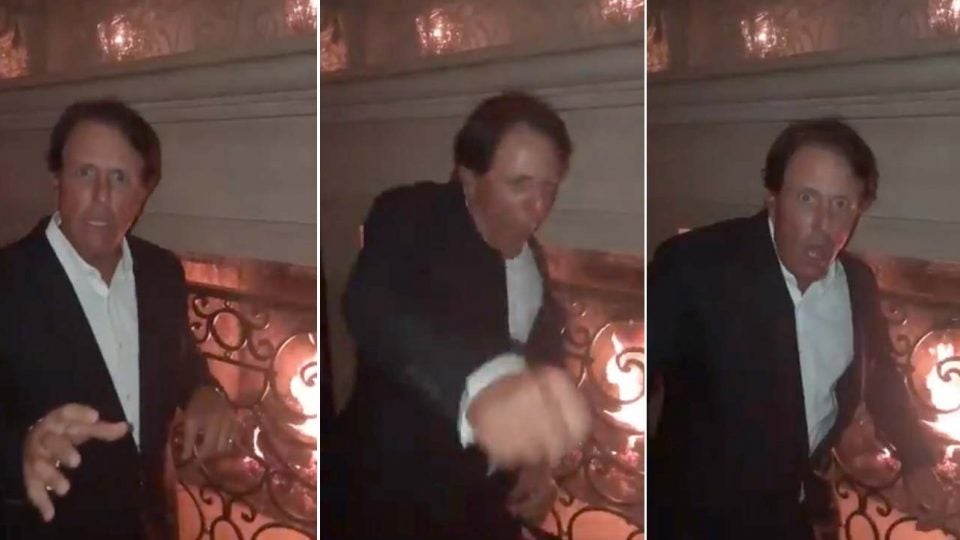 Overnight Twitter sensation and sometimes golfer Phil Mickelson came across a fireplace at a restaurant the other day. That means we have another episode of “Phireside with Phil” to enjoy, and the story Phil chose to share this time is a doozy.

How so? It involves a bike, a thief, and an assault, and what may be the weirdest incident Mickelson has ever witnessed at a PGA Tour event.

The 49-year-old Tour pro went out to dinner last weekend at Addison’s restaurant in San Diego, which he calls “the best in SD,” and while there he posted up at a beautiful fireplace for his latest Tour tale.

Mickelson introduced the story by calling it, “one of the most interesting moments that have happened with me on the PGA Tour.” And it’s hard to argue with that designation once you hear it.

Back in the 1990s Mickelson was playing in the AT&T Pebble Beach Pro-Am at Poppy Hills Golf Course, which used to be one of the three courses that hosted the annual event. While waiting on the tee box of a par-3, he noticed a man riding down the cart path on a bike along the gallery ropes.

Then, according to Phil, all of a sudden “one of the guys in the gallery takes his arm, and as he comes close to him, goes ‘Whack!’ and knocks him on his back.”

Shocked at what they had just witnessed, Phil and his playing partners started to go over to see what was going when the man from the gallery stood over the bruised and disoriented biker and yelled, “That’s my bike!”

As Mickelson watched in disbelief, the thief got up and ran away, then the real owner picked up the bike and pedaled off into the distance.

Watch Mickelson tell the bizarre story himself below.

I was at Addison’s (best restaurant in SD and has 1 Michelin star) and I saw a fireplace. So I shot a quick Phireside with Phil. pic.twitter.com/jVqhxzcSDJ