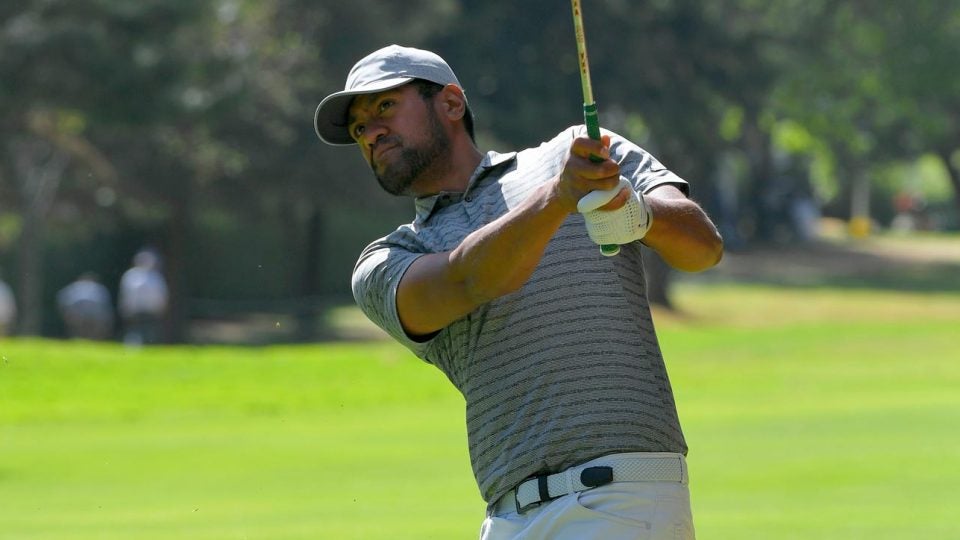 Tony Finau during the 2019 WGC-Mexico Championship on Thursday.
Getty Images

This week at the WGC-Mexico Championship, the high elevation of the golf course is leading to something we usually only see at World Long Drive competitions: 400-yard drives.

If that number sounds deflating to you, you’re not alone. Several PGA Tour pros smashed drives over the 400-yard mark during Thursday’s opening round. Pretty much all of those monster shots came at the par-4 12th hole at Club de Golf Chapultepec.

The 12th runs downhill and was playing 415 yards yesterday. Given the high altitude of Mexico City, where the club is located, golf balls travel a whole lot farther than they do closer to sea level. Because of that, 415 yards seemed reachable to many players who went ahead and tried to drive the 12th green.

Tony Finau’s attempt was caught on camera. Finau smashed his drive an amazing 402 yards, safely reaching the green and settling 35 feet from the cup. He two-putted from there for an easy birdie. Check it out below.

Want to see a 400-yard drive? 💪@TonyFinauGolf's got you covered. pic.twitter.com/zxZWdAkunt

But Finau wasn’t the only one. World No. 3 Dustin Johnson, who has been one of the longest players on Tour for years, reach 400 yards on the number with his drive on 12. But, unlike Finau’s shot, DJ’s ball ended up way right in deep rough.

One player didn’t just match Finau’s feat but bested it. Justin Thomas crushed his drive a ridiculous 409 yards at the shortish par-4 on Thursday. That left JT with just 12 feet for eagle, though he missed that putt plus the next one and walked off with a par.

But the long balls didn’t lead to matching results for JT and Finau on Thursday. For Thomas, the three-putt par at 12 was just a blip on a day he made four birdies and an eagle that led him to an impressive round of five-under 66. Finau, on the other hand, struggled to a three-over 74 in Round 1.