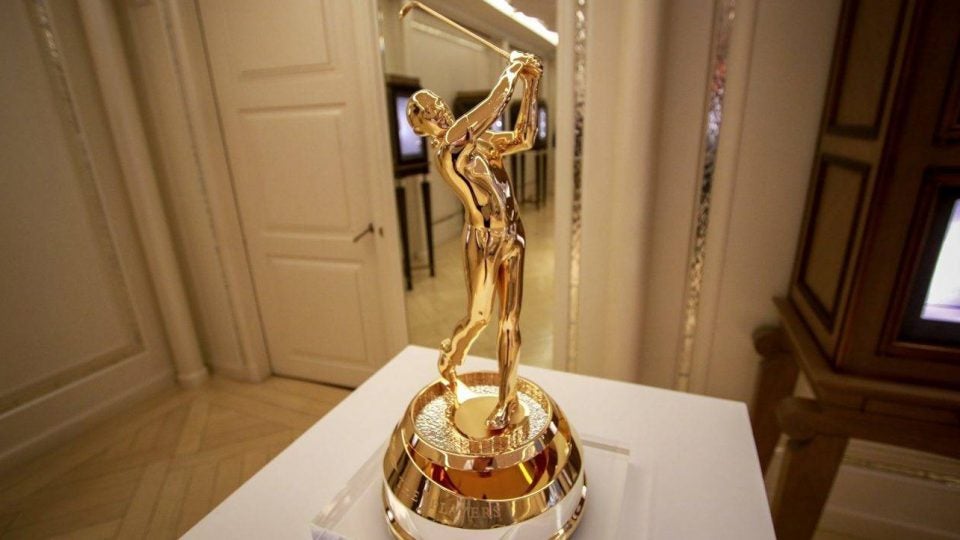 A lot of big changes are happening to the Players Championship. First, it was announced that the event would be moved up to March. Then, it was revealed that the tournament would have the largest purse for a single PGA Tour event. Now, the Players is getting a brand new trophy.

The PGA Tour unveiled the tournament’s new trophy, which was designed by Tiffany & Co., on Thursday at Tiffany’s flagship store on Fifth Avenue in Manhattan. The trophy is made from sterling silver and gold, and its base is a replica of TPC Sawgrass’ iconic “Island Green” 17th hole.

Our Gold Standard has a whole new look.

Each Past Champ is a part of the new trophy. Electroformed. Dipped in gold.

Here's how it all came together. pic.twitter.com/4L4RLLzyvv

Check out photos below of the brand new trophy for the Players Championship. 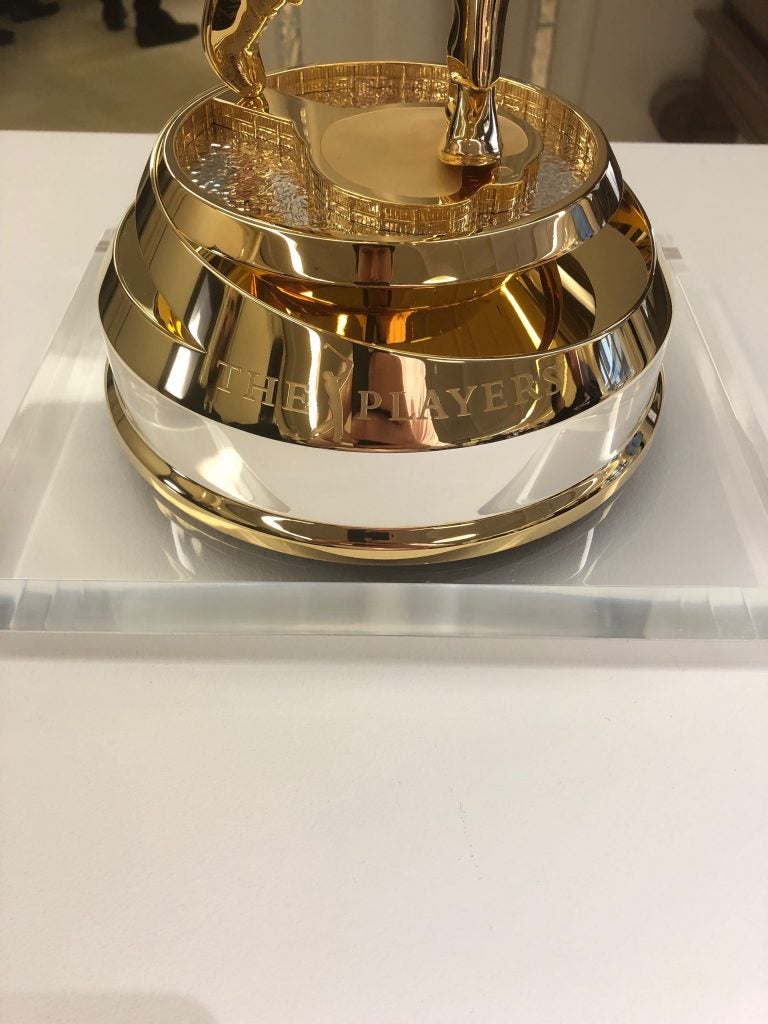 "The Players" engraved on the side of the trophy.
Pat Ralph 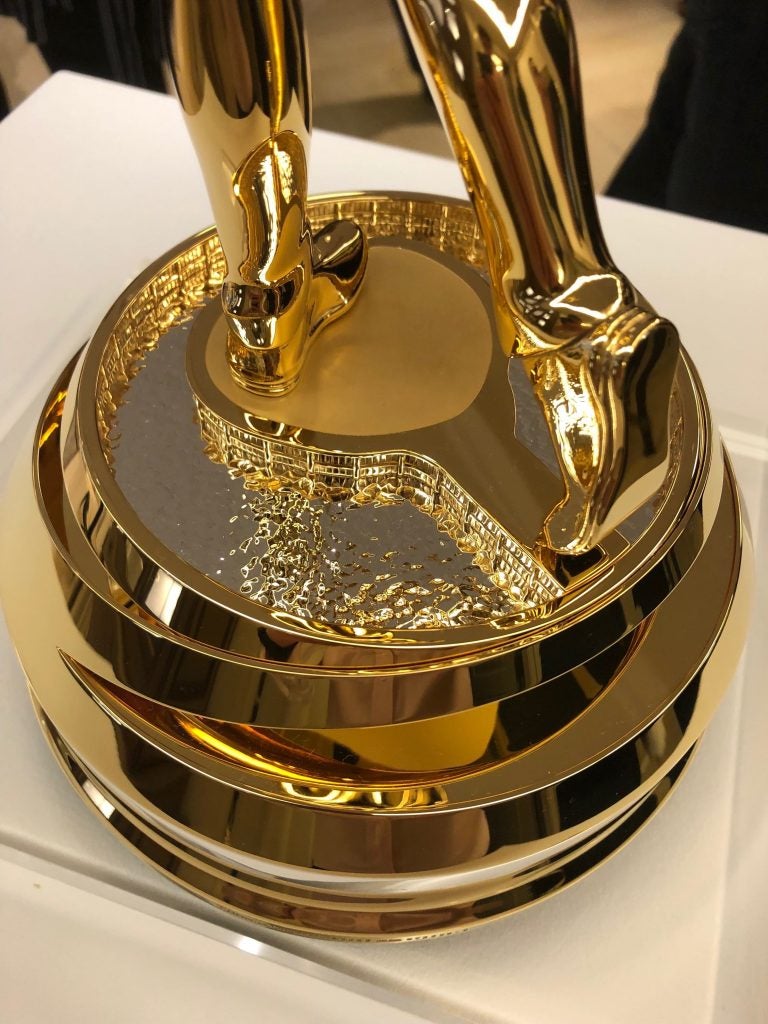 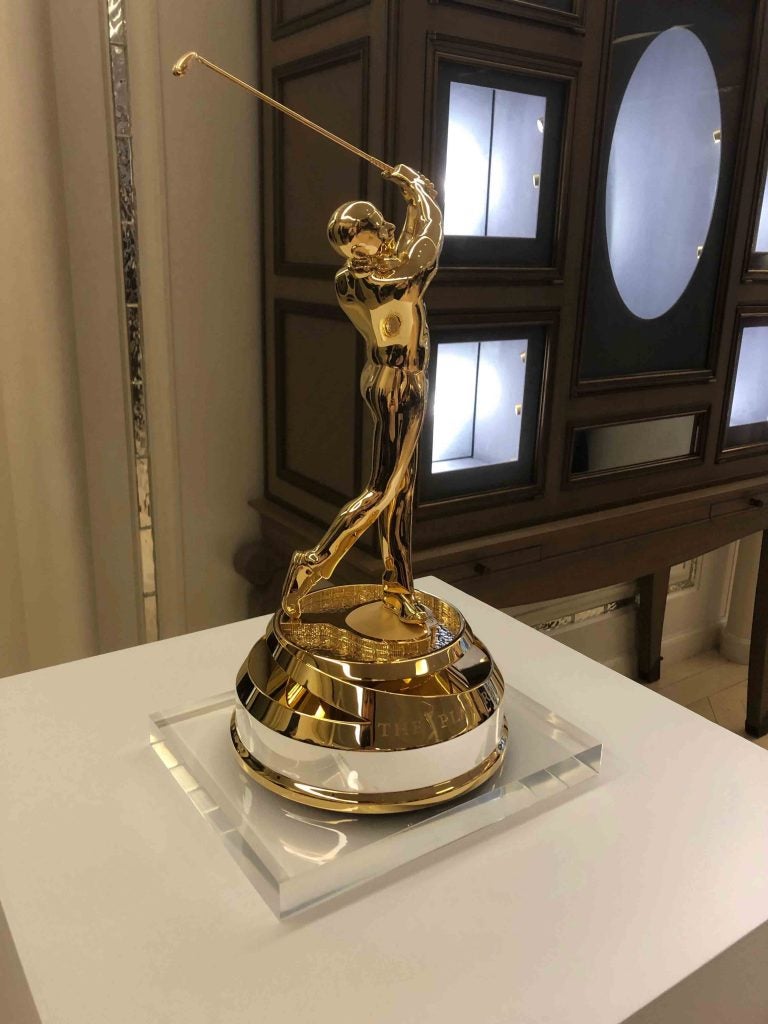