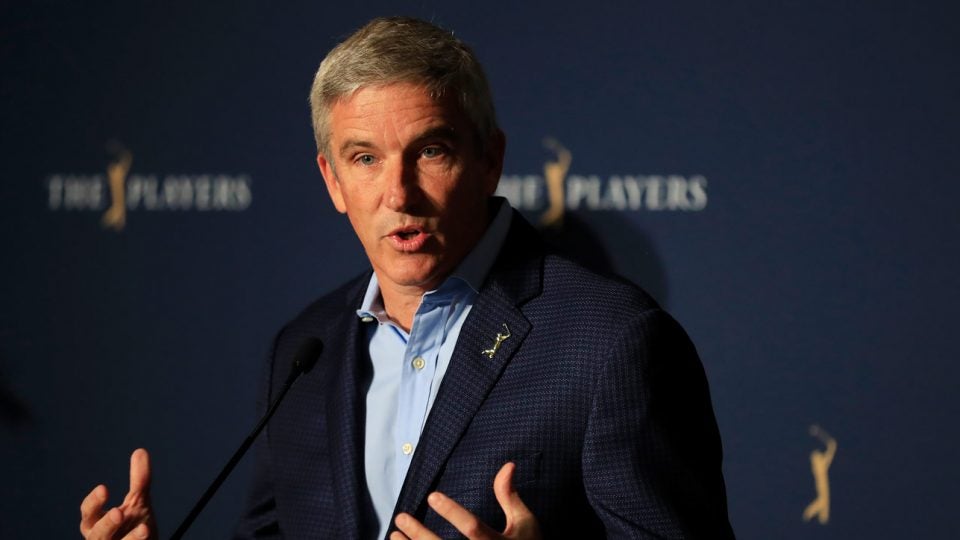 Jay Monahan has had a week full of intense decisions to make as commissioner of the PGA Tour.
Getty Images

In a world where many people are doing their part to halt the spread of the coronavirus and donate what they can, PGA Tour Jay Monahan has reportedly decided to forgo his salary indefinitely.

This comes via a GolfWeek report from Eamon Lynch, which says Monahan’s multi-million dollar salary will be suspended during the health crisis. Monahan’s senior management team, according to the report, will also take 25% pay cuts during this indefinite period. You can read the full report here.

It has been an intense week of decisions for Monahan and his staff at the PGA Tour. In just the last nine days, the leading golf league went from fans attending its premier event to no fans in attendance to no event and the cancellation of a number of other events.

Virtually every other meaningful tournament has also been postponed or canceled, spanning all tours besides fledgling mini tours that operate in socially distant settings. Others could be on the way soon. The USGA is currently holding onto dates for its major championships but has noted contingency plans are being put in place for changes if and when they become necessary. The ever-popular local qualifying for the U.S. Open, which is staged in April and May, has been canceled.

The PGA Championship was postponed — with the intention of keeping the same San Francisco host course (TPC Harding Park) — while the British Open and Olympics remain scheduled for now. Rumors have spread about the Masters circling dates in October, but nothing has been officially reported on that yet.

For more on how the golf world is reacting to the coronavirus, subscribe to GOLF’s newsletters for free here.