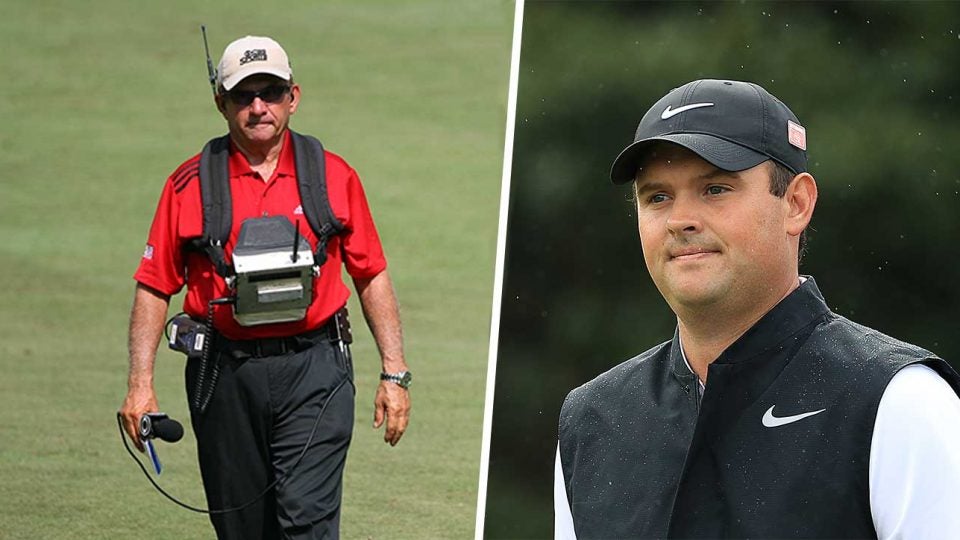 “I’ve seen Patrick Reed improve his lie, up close and personal, four times now,” Kostis said, before explaining one of the situations, which happened in 2016 when Reed won The Barclays at Bethpage Black. “That’s the only time I ever shut [Gary] McCord up. He didn’t know what to say, when I said, ‘Well, the lie that I saw originally wouldn’t have allowed for this shot.’ Cause he put four or five clubs behind the ball, kinda faking whether or not he was going to hit this shot or that shot. By the time he was done, he hit a freaking 3-wood out of there. It was a sand wedge lay-up originally.”

You can hear the on-air exchange between Kostis and McCord following the alleged incident in the video below.

But it wasn’t only at The Barclays that Kostis said he witnessed what he deemed to be questionable behavior from Reed.

“I was in the tower on 16 at [the Farmers Insurance Open in] San Diego, and [Reed] hit it over the green and did the same thing,” Kostis said. “He put three or four clubs behind it, and it was really a treacherous shot and nobody had gotten it close all day long from over there. By the time he was done, I could read ‘Callaway’ on the golf ball from my tower.”

Kostis pointed to two more incidents — another in San Diego and one at the Travelers Championship in Hartford — where he claims to have seen Reed improve his lie. As for the question of whether Reed’s actions were intentional, Kostis stopped short of providing an answer.

“I’m not going to assign intent, all I’m going to tell you is what I saw,” he said.

Tournaments
Gary Woodland played with Patrick Reed through rules drama. Here’s what that was like

Reed’s rules fiasco ignited the golf world in December when he was assessed a two-stroke penalty for improving his lie in a waste area at the Hero World Challenge. The ruling came after Golf Channel cameras captured Reed brushing away sand from behind his ball with two practice swings. Reed accepted the penalty and argued his actions were accidental.

“I didn’t feel like it really would have affected my lie. I mean, every time I get in the bunker I’m scared to even get my club close to it, it was that far away, but whenever you do that if it does hit the sand, just like if you’re in a hazard area and you take a practice swing and it brushes grass and the grass breaks, it’s a penalty,” Reed said. “So because of that and after seeing the video, I accept that, and it wasn’t because of any intent, I thought I was far enough away.”

In the months since, many prominent members of the golf world have voiced their opinions on Reed’s penalty. Just this week, Brooks Koepka bluntly offered his assessment of the situation.

“I don’t know what he was doing, building sandcastles in the sand, but you know where your club is,” Koepka said in a SiriusXM interview Monday. “I mean, I took three months off and I can promise you I know if I touched sand. It’s one of those things where you know, if you look at the video obviously he grazes the sand twice and then he still chops down on it.”

“No. It’s rare, it’s really, really rare on the PGA Tour; 99.9 percent of the guys play by the rule book,” Kostis said. “It’s been my experience that people who are trying to get away with something think they’re invisible. That nobody’s watching, that they’re so cool doing it that nobody will get it.”

You can listen to Kostis’ complete interview on No Laying Up here, where he also discusses his exit from CBS, golf telecasts and so much more.