FARMINGDALE, N.Y. — John Daly found plenty of fans on Long Island this week. The Bethpage faithful seemed to revel in the sight of one of the game’s most recognizable figures cruising the course in a PGA-sanctioned golf cart. But not everyone was so fond of the idea of a competitor in a cart.

Paul Casey spoke to reporters after his round on Sunday and jokingly said that for the 2024 Ryder Cup, players might need carts or backup caddies to navigate 36 holes of Bethpage in a single day. But he also made it clear where he stands on the cart issue for a major championship.

“That’s part of the sport, isn’t it?” Casey said. “It’s become more and more of a physical game the way the guys hit the ball, but walking around the golf course is a part of the game. That probably answers my take on that. That’s a massive factor — as it should be at the Ryder Cup — is fatigue and managing it. 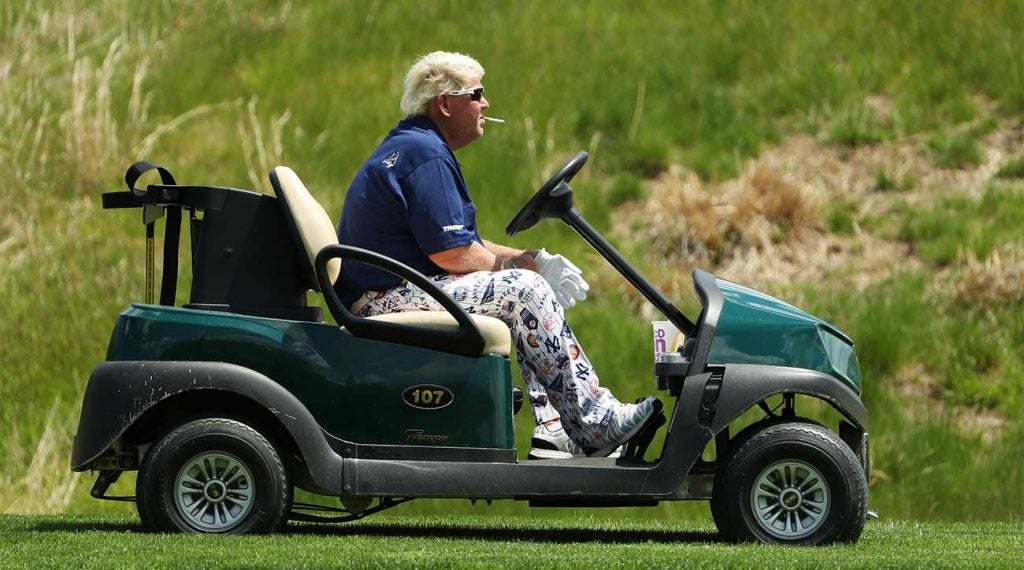 John Daly cruises on his cart during the first round of the 2019 PGA Championship.
Getty Images

For his part, Daly is no great fan of the cart either.

“It’s very awkward,” Daly said after his round on Friday. “It’s to a point where it’s almost embarrassing. I won the PGA and I’m a past champion and there’s no way I’m walking. But I just feel obligated and I really want to play.”

Daly shot rounds of 75-76, beating a significant number of pros but never seriously threatening the cut line. He made two birdies against nine bogeys and two double bogeys to post 11 over.

The PGA of America granted Daly permission to use a cart at Bethpage Black because of osteoarthritis in his right knee that he says prevents him from walking more than six holes at a time.

Daly filed his request under the Americans with Disabilities Act and is the first player to ride a cart in a major since Casey Martin in the 2012 U.S. Open.