Paul Azinger’s 5 bold predictions for 2020 (including a surprise World No. 1 at year’s end)

KAPALUA, Maui — As lead golf analyst for NBC Sports, 12-time PGA Tour winner Paul Azinger has to trust his instincts when he steps into the booth. Make the right call and all is well. Wrong call, and he goes home with egg on his face. Perhaps it’s no surprise then that Zinger is an accomplished poker player, because being successful at the table requires not only nerve but also excellent judgement. (The former PGA Championship winner competed in the 2006 and ’08 editions of the World Series of Poker.)

Azinger, now in his second year behind the mic for NBC, is making his 2020 debut this week at the Sentry Tournament of Champions. We asked him to peer into his crystal ball and give us five bold PGA Tour predictions for the coming year. He did not disappoint. 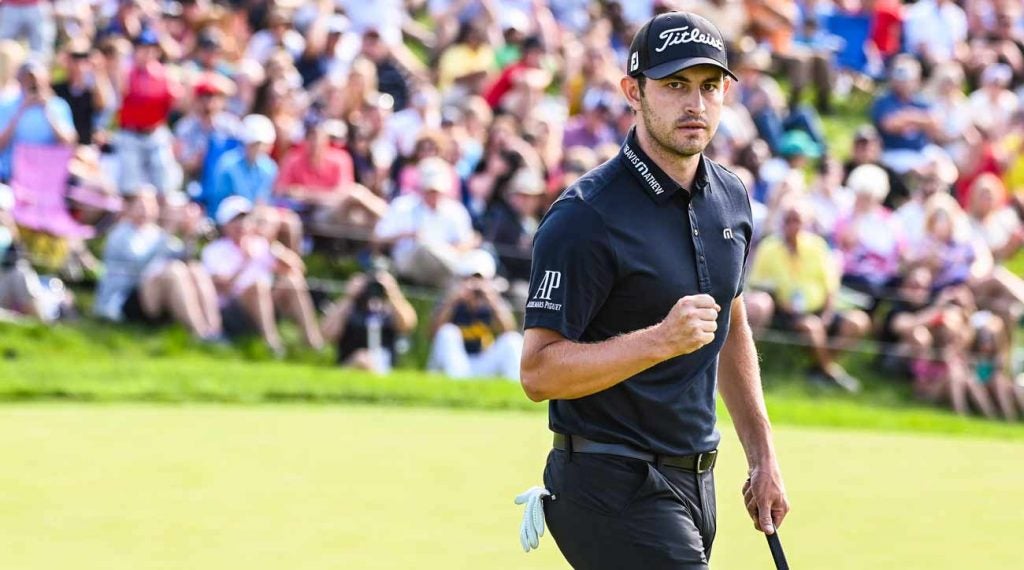 1. Patrick Cantlay will ascend to No. 1 in the world

“By the end of 2020, Cantlay will be No. 1,” Azinger said. “That’s a statement, right? I love Cantlay’s game. He’s so focused on what he’s doing in pressure situations and he shows no emotion. His game is so complete and he has such a sound golf swing.” Cantlay’s name also came up on a conference call Azinger and his NBC colleague Mark Rolfing conducted with reporters this week. “Cantlay is legit,” Azinger said on the call. “He hits it great and has that stoic kind of personality. I told him the other day he’s my favorite player to watch. I used to love to watch [Retief] Goosen because he was so mellow, so kind of non-reactive. What everyone else sees as kind of incredibly boring, I see as ‘I don’t want him breathing down my neck.'”

More context: World No. 7 Cantlay has won twice on Tour, including at the Memorial, and appears undaunted by big moments, as evidenced by his gritty three-point performance at the Presidents Cup. But he has some serious work to do to eclipse Brooks Koepka. A major win would go a long way…

“Sungjae Im will be in the top 10 in the world before the year is over,” Azinger said. “He’s going to win twice and have a bunch of decent finishes. That’s a bold prediction, because not that many people know him. But the way he hit the ball at the Presidents Cup and the year he had last year, he’s a phenomenal talent.”

More context: Top 10 in the world is achievable for Im, who’s now 34th. But he’ll need to convert more chances, like the seven top-10s he had last year on the PGA Tour — or the runner-up at the Sanderson Farms in the fall. 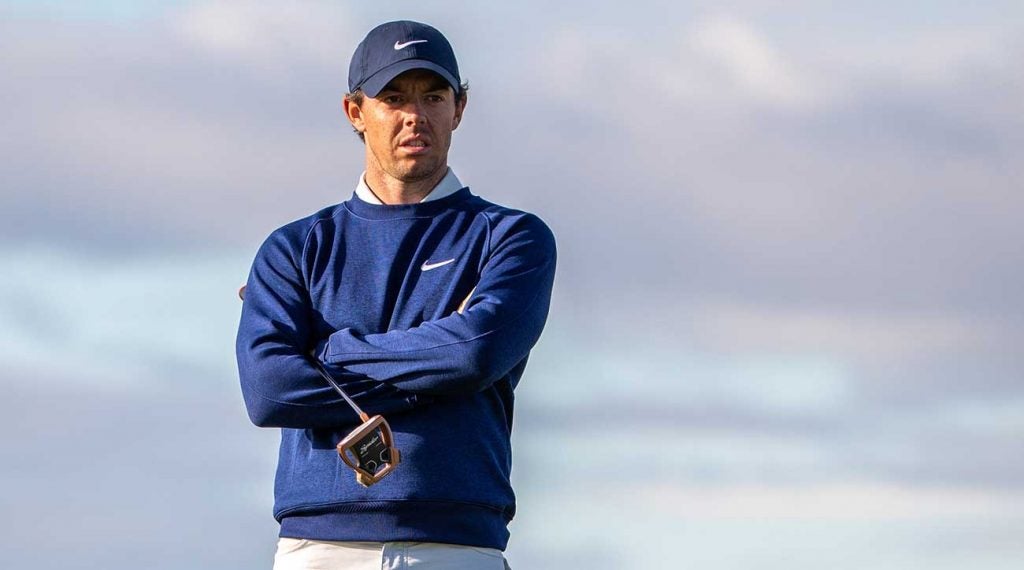 3. Rory McIlroy will win the Masters

“Because he’s so good,” Azinger said. “Sometimes you can’t even stop yourself — he’s just that good. He’s ready to win the Masters. He had a fantastic 2019; he played so consistently all year. He won the Players in style.”

More context: FedEx Cup champion McIlroy’s form in 2019 certainly supports Azinger’s claim. He won four times on the PGA Tour, including the Players, a WGC and the Tour Championship. The Northern Irishman has also been trending at Augusta recently, finishing top-10 in five of the past six Masters.

4. Cameron Smith will become the best Aussie player in the world

“He is going to have a monster year on the PGA Tour,” Azinger said. “I always have liked his game. He doesn’t really have any weakness. He drives it well. His irons are very good. His wedge game is incredible, and he’s a solid putter. More importantly, at the Presidents Cup he showed the heart and the moxie that it takes to be a champion on Tour.”

More context: Smith, 26, already has a Zurich Classic victory to his name, and he has contended in majors with a T-4 at the 2015 U.S. Open and a T-5 at the 2018 Masters. But he has yet to fulfill his enormous potential. By calling out Patrick Reed after the Hero World Challenge, Smith showed his does not lack for nerve. 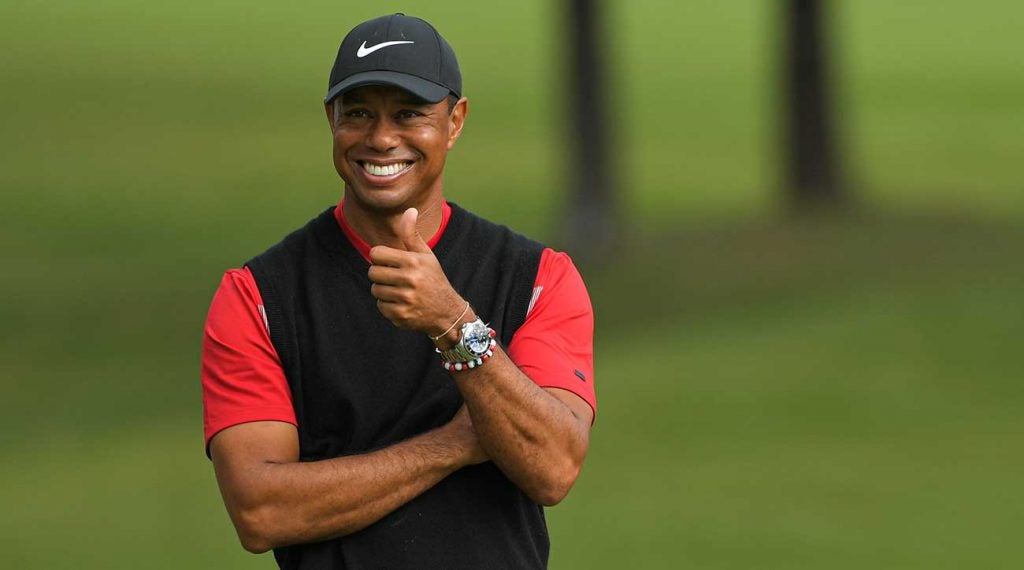 “I say that based on the Presidents Cup, because I think that’s the best Tiger has ever swung the club,” Azinger said. “He’s at this great stage of his career where he is willing to back off [at the right moments]. He’s in the slot. He’s dialed in. He’s good on the finesse shots. He’s got great rhythm. He can hit wedges again. He’s not yipping his chips. I want to see if Tiger can get after Jack [Nicklaus’ 18 major wins]. I think he can break Snead’s record [82 PGA Tour wins, which Woods equaled in October]. We [players in Azinger’s era] were all scared to death of Tiger; these guys now idolize him to a fault. How do you take down a guy you idolize?”

More context: The 2020 majors will be played at Augusta, Harding Park (PGA), Winged Foot (U.S. Open) and Royal St. George’s (Open Championship). No reason to believe Woods won’t be in the mix at the Masters again. His chances in the others could hinge on the weather during those weeks. Wet, cold or damp are not optimal conditions for Tiger and his creaky back.