Patrick Reed endured a villain’s reception at the Presidents Cup, but he’s given this event the juice it needed 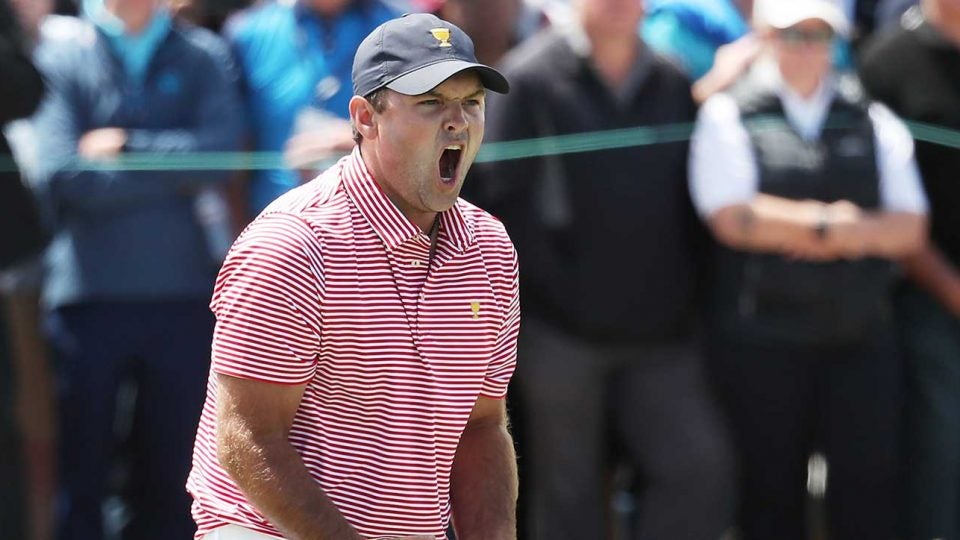 Patrick Reed celebrates after making a birdie on the 16th hole during the first session of the Presidents Cup.
Getty Images

MELBOURNE, Australia — Patrick Reed needed an outlet. He had just suffered through four holes of a verbal ambush from the Australian — and even American — fans during the opening round of the Presidents Cup.

It seemed the golf gods were ironically punishing Reed for a two-shot penalty he incurred for improving his lie in a waste bunker during last week’s Hero World Challenge. On Thursday, Reed hit a shot into a bunker on each of the opening three holes at Royal Melbourne. That included his opening tee shot. You can’t make this stuff up.

So, when the 2018 Masters champion hit a solid tee shot at the par-3 5th hole and drained a 15-foot birdie putt, Reed gave an unusually enthusiastic first-pump.

Guess who was standing by the green? Australia’s Cameron Smith.

Smith was curiously left out of Thursday’s four-ball session, but he was there in support. The Presidents Cup debutant gave the biennial tournament the edge it desperately craved when he said he has “no sympathy for anyone that cheats” when asked about Reed’s penalty.

After halving the 5th, Reed then made a beeline for the 6th tee and on his way brushed shoulders with Smith. Fans who witnessed the exchanged called it a “love tap.” Whether it was malicious or friendly is unclear, but it came just a day after Smith said any pre-existing friendship was “not there anymore.”

It appears the Presidents Cup has been given a genuine beef. And there is no one better equipped to handle it than the 29-year-old Reed.

News
#AskAlan mailbag: What was Patrick Reed REALLY thinking when he was penalized at the Hero?

You have to hand it to the seven-time PGA Tour winner. He is as tough as burnt sirloin. It took guts to handle the hostile crowds at Royal Melbourne on Thursday and take his and Webb Simpson’s match against Hideki Matsuyama and C.T. Pan all the way to the 18th, where they lost 1 up.

The needling was relentless.

“It’s exactly what I expected,” Reed said of the crowds. His partner, Simpson, added the treatment was “undeserved.”

On the 1st tee at Royal Melbourne, fans were heard yelling “Stay out of the bunkers, Patrick!” and “The excavator!” He was booed when introduced by the starter. Even a fan with an American accent ribbed Reed by asking, “Patrick, are you really going to make your caddie carry 14 clubs and a shovel?”

On the par-5 2nd hole, Reed’s second shot found a greenside bunker. When he got to the green, an Australian fan held up a plastic shovel and said, “Hey Patrick, you need this?” The fan, Anthony Roberts, is from Canberra, Australia’s capital, and he said he went to K-Mart specifically to buy the shovel for $2. 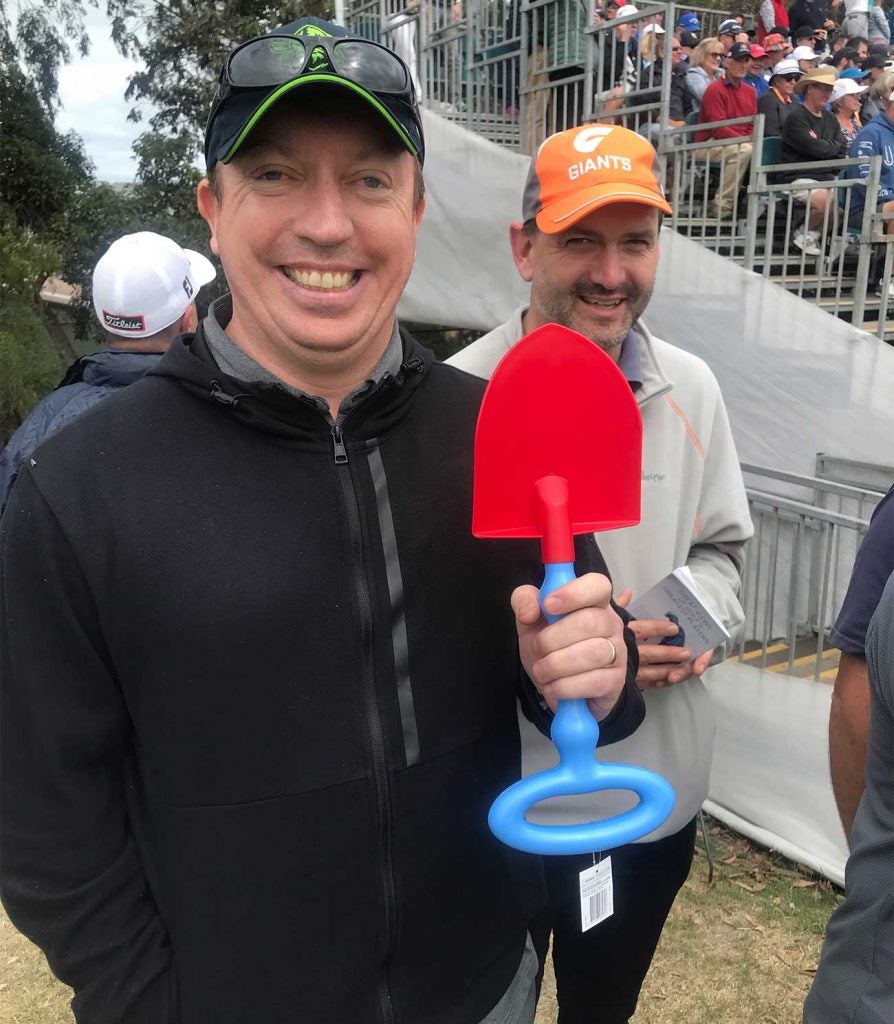 Patrick Reed heard it from several fans on Thursday, including this one who bought a shovel for the occasion.

The taunts continued when Reed’s tee shot at the par-3 3rd found a greenside bunker. He executed a beautifully splashed escape and was conceded a par when Matsuyama made birdie to win the hole. But as the crowds showed no mercy, Reed showed no signs of backing down. He birdied the 12th to bring their deficit to one hole and added another birdie at the 16th to square the match.

On the final hole, a fan yelled “Cheater!” and “Get in the bunker!” after Reed made impact on his tee shot, but he found the fairway. Then he hit a solid approach and made a good run at his birdie. But Matsuyama halved the hole to give the International team a 4-1 lead after the opening session.

U.S. captain Tiger Woods kept the pairing of Reed and former U.S. Open winner Simpson together for Friday’s foursomes session. But International skipper Els responded with Marc Leishman and Abraham Ancer for the third game in the alternate-shot format. Smith will partner Korea’s Sungjae Im to take on Gary Woodland and Rickie Fowler.

No Reed vs. Smith showdown just yet. Shame, because if Woods and Els don’t thrust this rivalry onto the big stage in Sunday’s singles matches, then the underdog International side will be forced to win just its second-ever Cup to breathe life back into this event.

The Internationals look primed to do just that having taken an early three-point lead, but it’s still a big ask to topple one of the most star-studded American teams to ever set foot in Australia.

You know what’s not a lot to ask? A Reed/Smith Sunday showdown at Royal Melbourne.

Give the people what they want.