As the rest of the U.S. team celebrates, Patrick Reed remains marred in controversy

MELBOURNE, Australia – For seven years, Melbourne was ranked the world’s most livable city by The Economist. But after seven days at the 2019 Presidents Cup, Patrick Reed probably couldn’t wait to get the hell out of here.

Few athletes who have visited Melbourne have ever topped the ridicule Reed brought on himself. It was lucky that Captain America used birdies as earmuffs.

“When you make birdies, you don’t hear much,” Reed said after beating C.T.Pan in the singles finale to help the U.S. come from behind and win 16-14.

To describe the roasting Reed received at Royal Melbourne, the scene that unfolded Sunday at the par-3 14th hole is enough. It summed up Reed’s Cup campaign in just 177 yards.

As he stood on the tee with a 2-up lead over Pan, fans in the gallery did their best to put the controversial American off his game.

“Where’s your caddie, Patty?” One fan shouted, referencing the debacle that ensued on Saturday with Reed’s caddie, Kessler Karain. Karain was involved in an altercation with a fan and was subsequently banned from the Sunday singles. It is likely the first time a caddie has been banned mid-tournament from the Presidents Cup in its 25-year history. Reed’s coach Kevin Kirk had to pick up the bag for Sunday.

Pan had birdied the par-4 13th to reduce Reed’s lead to two holes. Fans thought they could smell blood in the water. “You’re choking, Reed! Choking, mate!” one fan shouted.

But the 2018 Masters champion hit a sublime tee shot over a treacherous front bunker to 25 feet from a brutal left pin placement.

“Great shot, Pat. But I still hate you,” the fan continued.

But Reed walked on, knowing he only had to endure two more holes of self-induced ridicule before he would ultimately have the last laugh. He won the next two holes to take the match 4 and 2.

Coach Kirk — a respected PGA Tour instructor — said the six days of taunts were water off a duck’s back for his 29-year-old student. “No, it’s just noise … You hear it, but you can’t pay really pay attention to it. He showed up today and was calm and ready to play.” 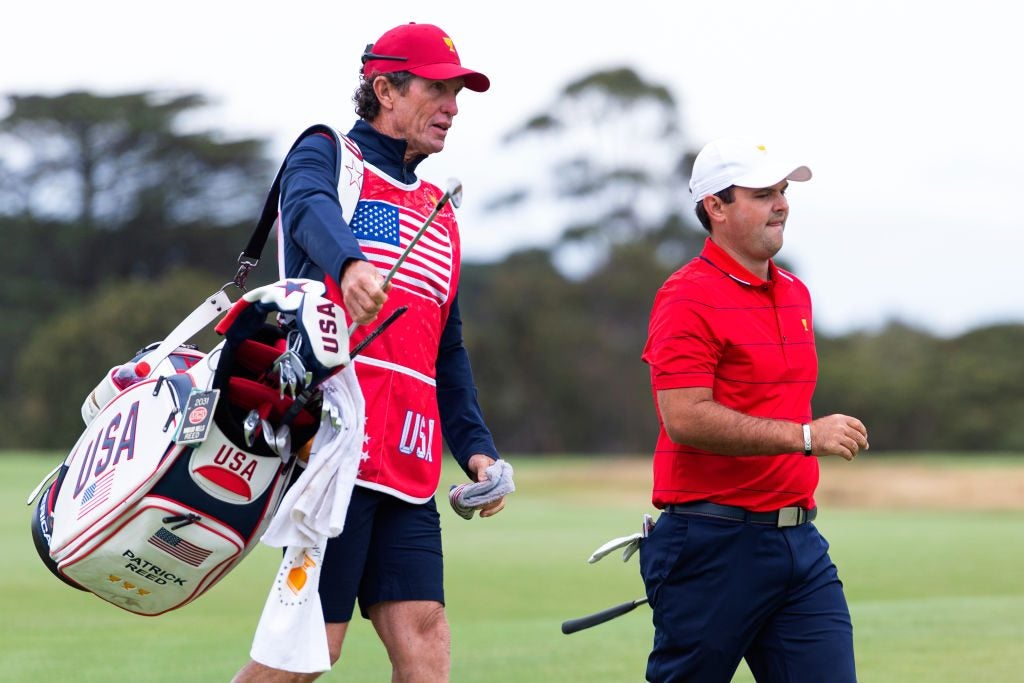 Reed was certainly ready to play and even readier for the storm that was brewing in Australia the week before he touched down in Melbourne on board the Americans’ luxurious private plane. The clouds gathered when Reed was given a two-shot penalty for improving his lie in a waste bunker at the Hero World Challenge.

As a story, it was the gift that kept on giving.

The Hero ran against the Australian Open in Sydney, where Cameron Smith was asked about Reed’s rules controversy and his subsequent dubious explanation that camera angles made it look worse. TV industry experts say the camera adds 10 pounds, but it has never added two strokes.

“I don’t have any sympathy for anyone that cheats,” Smith said in Sydney, adding that the camera angle was “a bit of a bull—- excuse.”

It kicked off a beef that the Presidents Cup — and golf in general — has not had for some time. Their feud reached a boiling point when Reed clashed shoulders with the Aussie Presidents Cup debutant in Thursday’s four-ball match. Smith sat out the opening session but was supporting his teammates greenside when Reed birdied the par-3 5th hole and gave an enthusiastic fist pump knowing Smith was watching. Walking toward the 6th tee, Reed brushed past Smith, and fans noted the exchange appeared icy.

The incident was Reed blowing off steam from his first experience with a hostile Australian crowd. He had been lambasted from the first tee shot Thursday when he ironically found a bunker on each of his first three holes. On the par-5 2nd at Royal Melbourne on Day 1, a fan held up a plastic shovel he’d bought for $2 from K-Mart and yelled, “Hey, Patrick! You need this?” 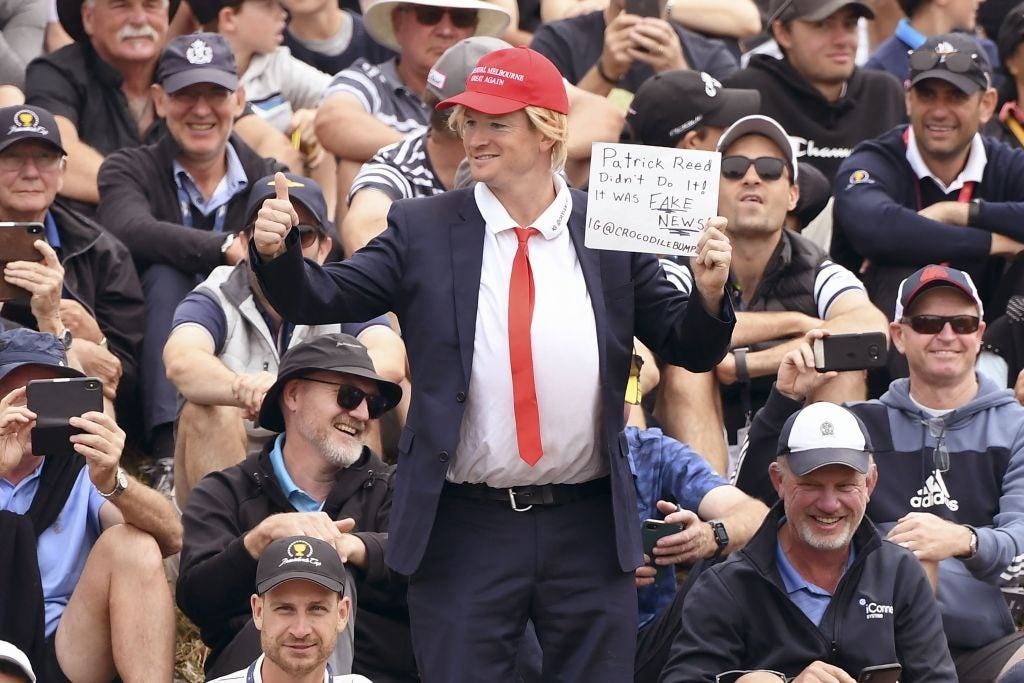 The ridicule continued for another two days until Karain took matters into his own hands. Karain — the brother of Reed’s wife, Justine — went into the crowd after Reed and partner Webb Simpson lost their four-ball match 5 and 3 to Hideki Matsuyama and Pan. Karain admitted to shoving a fan who told Reed, “You f—ing suck.”

Karain met with a PGA Tour official and was banned from caddying on Sunday. But as venomous as the fans were, those who saw Reed execute a good shot — and he hit plenty — clapped and applauded.

That wasn’t lost on coach Kirk. “I do think the fans are all sophisticated fans … they’re golf lovers; they play golf and so they can recognize a good shot. Often, a good shot here is 20 feet from the hole.”

Many feared the taunts would be too much on Sunday, but Reed left it to the authorities — and his ability.

“I knew I had a good support team with security and officers and volunteers; I think they did a great job today,” he said. “The first couple days (this week), when you’re down in your matches early, the fans get very loud and very confident. But if you do the opposite and go out and start winning early, it silences them pretty quickly.”

It was a noisy week for Patrick Reed. But for him, it was just white noise. 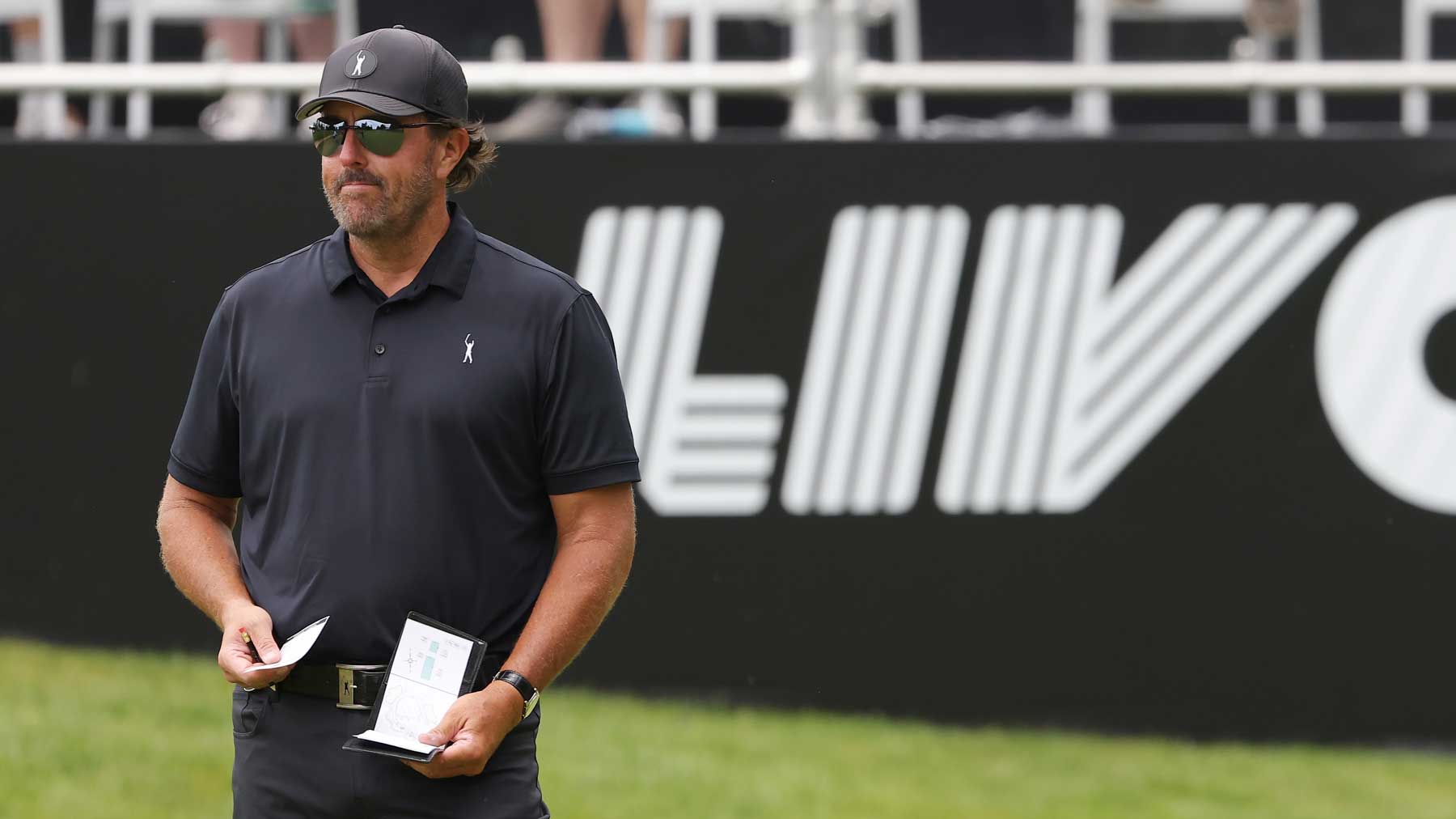 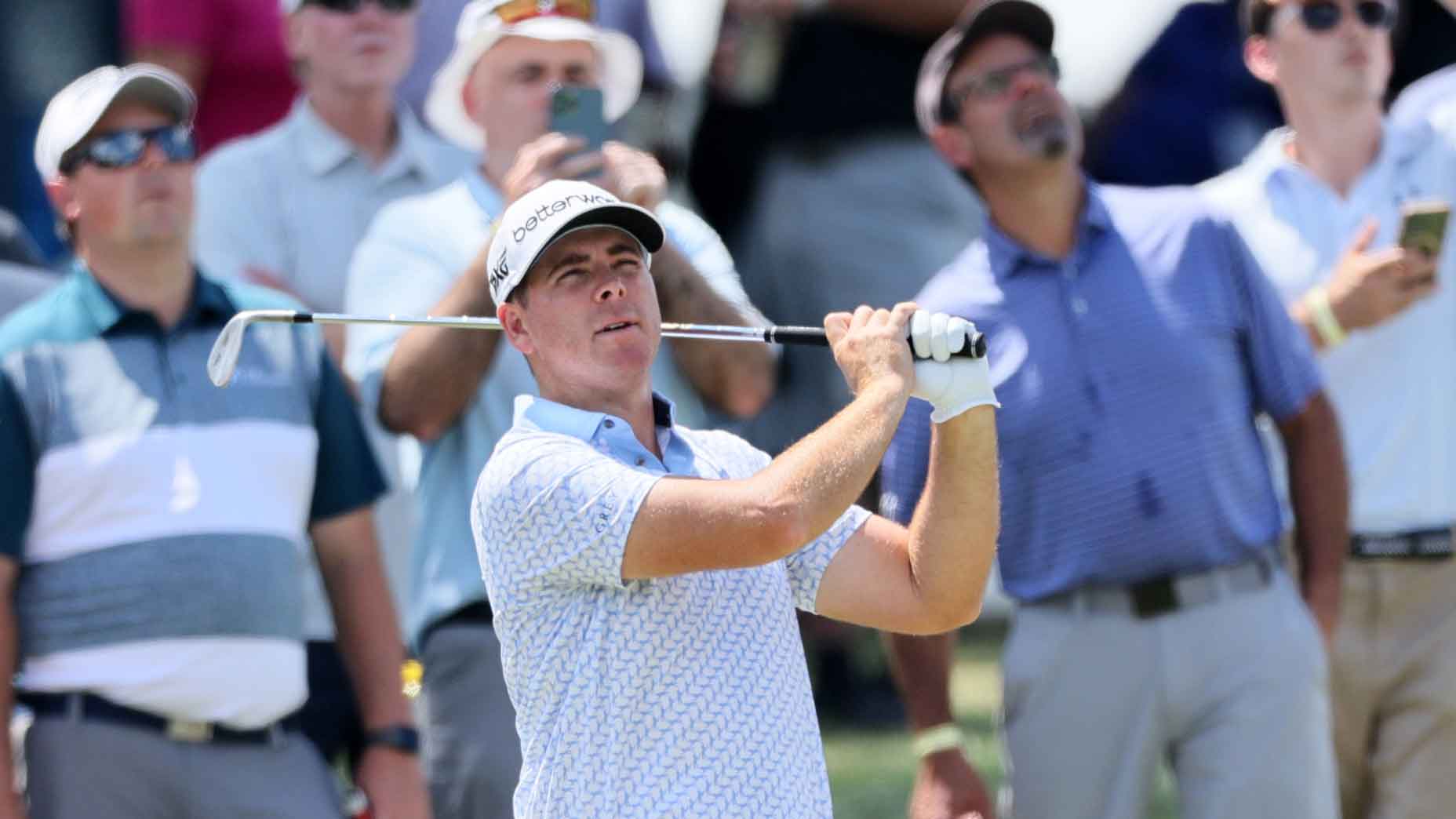 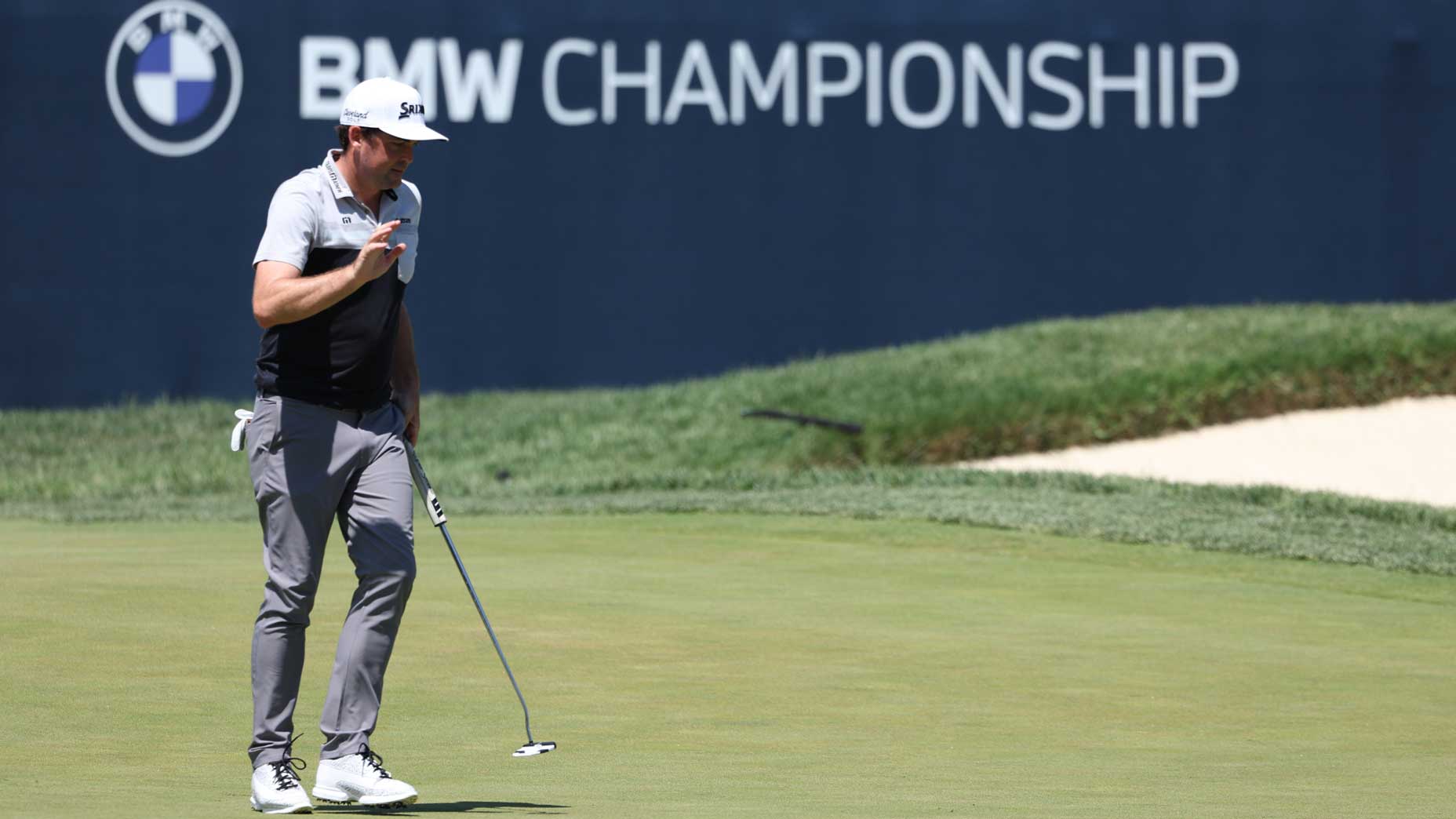