Aussie golfer rips Patrick Reed: ‘I don’t have sympathy for anybody that cheats’

The Presidents Cup rolls through Australia next week, and it could be one of the most contentious in the competition’s history thanks to resident villain Patrick Reed, and an opposing player who has no sympathy for “cheats.”

In case you were under a rock this past weekend, the golf world ignited on Friday when video footage appeared to show Reed intentionally improving his lie from a sandy waste area during the 2019 Hero World Challenge.

As you can see in the video footage below, Reed placed his club behind the ball and took a practice swing, pushing a mound of sand away from his ball. He proceeded to do it again, and was later hit with a two-stroke penalty.

ICYMI Patrick Reed was hit with a two-stroke penalty for moving sand behind his ball on two practice swings in a bunker at the Hero. pic.twitter.com/OGLjwZrYTo

Reed, for his part, blamed the camera angle for misrepresenting the incident, and later claimed he gets a “raw deal” because of his reputation.

“I mean, it is, it is a big part, intent, but at the same time, when you only have one camera angle, that’s all you can go off of, especially being how much sands around here, how many footprints are there. It’s a 50/50 battle whenever you’re being assessed or anything like that, especially from that angle,” he said. “At the end of the day you’ve just got to — you only can control what you can do, you can’t control everyone else. As long as I can go out there and do what I’m supposed to do and live life the way I feel like I’m supposed to live my life, that’s all I can control.”

But at least one Aussie PGA Tour player isn’t buying it.

Cam Smith, who is part of the International team in his hometown Australia, took no prisoners in his critique of Reed. He said he had played with Reed before and that while he’s always “been nice to me,” he’s not buying his camera angle excuse. 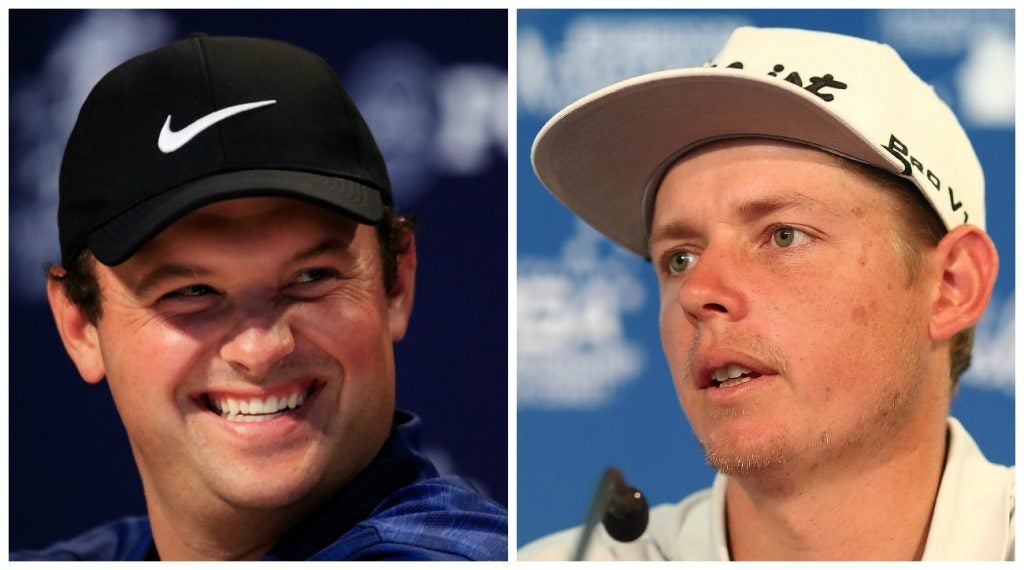 “If you make a mistake maybe once, you could maybe understand, but to give a bit of a bull—- response like the camera angle … that’s pretty up there (inexcusable),” he told the AAP.

He added it’s nothing against Reed specifically, but against those who break the rules generally, and hopes the Aussie crowd punishes him accordingly during the Presidents Cup.

“I know Pat pretty good and he’s always been nice to me, so I don’t want to say anything bad about him, but anyone cheating the rules, I’m not up for that,” Smith said. “I don’t have any sympathy for anyone that cheats.”