Patrick Cantlay’s ace helps put him among leaders at Memorial 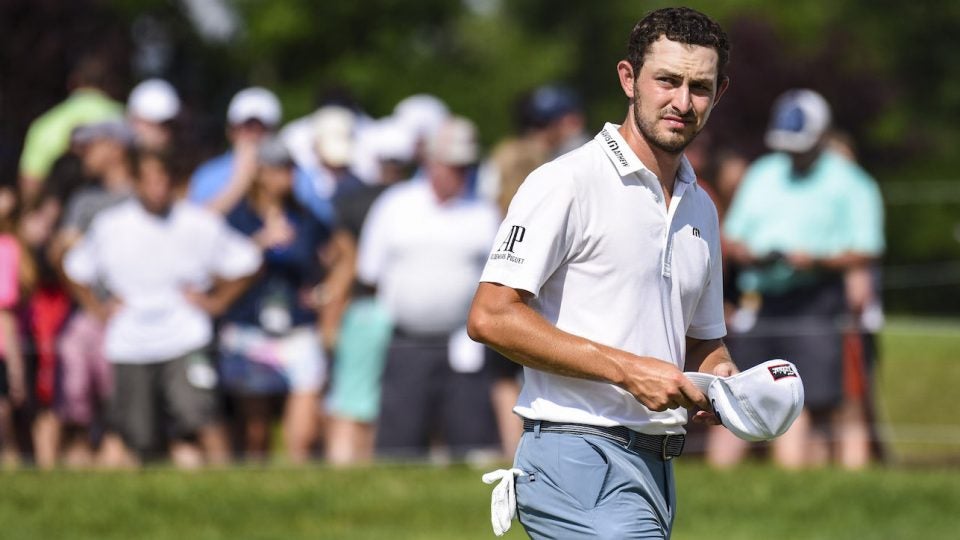 DUBLIN, OH - JUNE 02: Patrick Cantlay looks at the leaderboard after making a bogey putt on the 18th hole green during the third round of the Memorial Tournament presented by Nationwide at Muirfield Village Golf Club on June 2, 2018 in Dublin, Ohio. (Photo by Keyur Khamar/PGA TOUR)

Cantlay’s ace Saturday at the Memorial helped him to a 6-under 66 and left him in a great spot heading into the final day, one shot behind leader Bryson DeChambeau.

He used a 7-iron on the 185-yard, par-3 eighth. The ball landed just short of the pin and plopped in on the second bounce.

The 26-year-old former UCLA star got his first ace at the AT&T Pebble Beach Pro-Am in February, on the 11th hole at Monterey Peninsula.

Cantlay added an eagle on the 15th Saturday to go along with four birdies.

“I really like the place, I like fast greens, and I like the premium the golf course sets for hitting the ball in the fairway,” he said.

He got his first career win in Las Vegas last November.

“After winning the first time, it’s kind of like breaking the seal, and now I feel I can go out and get it a bunch,” he said. “Get a bunch of wins. I feel like when I get in contention that I know I can seal the deal and play well under pressure and that’s what this game’s all about.”