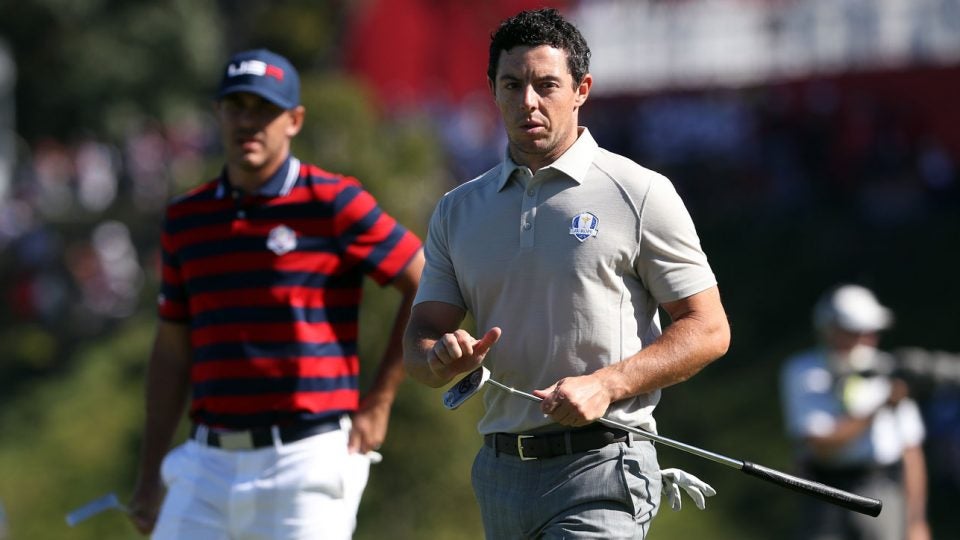 The 2019 Open Championship at Royal Portrush is just over a week away, which means it’s time for another look at the Open odds. The two names currently at the top of the list, Rory McIlroy and Brooks Koepka, are no surprise, but for different reasons.

McIlroy won the Players Championship in March, then followed it up with a victory at the RBC Canadian Open in June. The very next week in his most recent major start, Rory collected a T9 at the U.S. Open at Pebble Beach. He’s clearly in fine form, but there’s another piece of information that is likely boosting bets made on him.

McIlroy, who grew up in Northern Ireland, holds the course record at Royal Portrush. He shot a 61 when he was just 16 years old. That has earned him 8/1 odds to win the Open this year, according to Golfodds.com.

Tied with McIlroy at 8/1 is Koepka. Koepka, of course, won the PGA Championship at Bethpage Black in May, just eight months after winning the 2018 PGA at Bellerive. He also contended at the Masters and the U.S. Open. All that suggests there are few better players to bet the house on at majors, and the early gamblers agree.

In third place at 12/1 is Dustin Johnson, followed immediately in the fourth position by Jon Rahm (14/1), who just won the Irish Open. All the way down in the fifth spot we find Tiger Woods (16/1). As David Feherty noted this week, Woods is an unknown quantity for Portrush. He won his 15th major at the Masters in April, but he failed to contend at the PGA and U.S. Open.

News
The Open 2019: Tiger Woods waking up in the middle of the night to prep for Royal Portrush

Woods chose not to tee it up between Pebble and The Open, which means he could experience some rust to start. But worry not, he’s already prepping for the championship by waking up at 1 a.m. ET in Florida every day.

You can see the top 12 in The Open odds below and check out the full list here.