On the 400th Anniversary of William Shakespeare’s Death, We Explore His Golf History 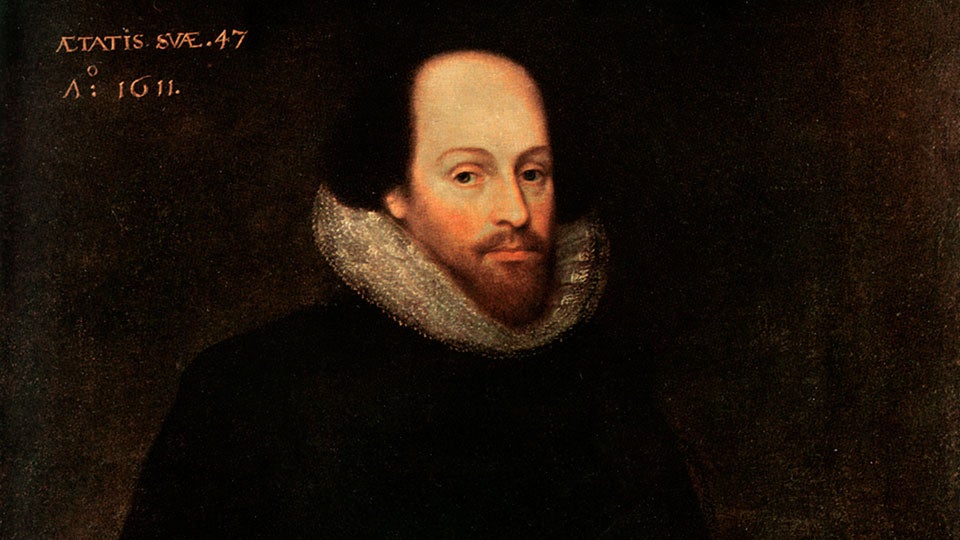 Originally thought to have been of William Shakespeare, the painting is now thought to be a lost Cornelius Ketel portrait of Edward de Vere, 17th earl of Oxford.
Hulton Archive

William Shakespeare died 400 years ago today on April 23, 1616 at the age of 52. The famed author grew up in Stratford-upon-Avon, Warwickshire, England, under three hours away from future British Open venues such as Royal Liverpool, Royal Lytham & St Annes and Royal Birkdale.

Did the Bard of Avon ever take up the burgeoning sport between sonnets? Shakespeare’s golf history is not documented, but there was a club in his hometown.

From theshakespeareblog.com: “The Club was originally in Shakespeare’s mother’s village of Wilmcote, moving after a few years to the Welcombe Hills, on land which may have at one time belonged to Shakespeare. The Flower family owned much of the land at the time and offered the Club the use of two fields there. This site is now the Menzies Welcombe Golf Club, attached to the Welcombe Hotel. In 1925 Stratford-on-Avon Golf Club moved to its present site on the other side of the river, on the road to the village of Tiddington. The club was officially opened in 1928 by Sam Ryder of Ryder Cup fame who often played there and was at different times Vice President and Club Captain.”

Even if he didn’t take his mashie niblick out to the fields as a cure to writer’s block, Shakespeare might have referenced golf throughout his play-writing. In Confident Century: Stratford-on-Avon Golf Club 1884-1994, author John Gee outlines Shakespeare’s references to the sport.

“So far from there being difficulty to establish a connection the fact is that Shakespeare’s works abound in the most direct and explicit references to the pastime in question. Thus we find in Much Ado About Nothing an unmistakable allusion to a characteristic St. Andrews gesture in the words “I know you by the waggling of your head,” whilst in Titus Andronicus we encounter the pertinent query “What subtle hole is this?” In Richard III, we meet the line “Put in their hands the bruising irons of wrath,” and in Henry VI Part 2, the statement “I’ll call for clubs.” Falstaff’s ruling passion was evidently golf, for we know that on his death bed he “Babbled of green fields”, and there was certainly a course on Prospero’s Island, else why the question “why hath the Queen summoned me hither to this short grassed green?” Many other references might be given, but the foregoing are surely enough to prove that Shakespeare had an intimate knowledge of the game.”

It truly gives new meaning to Richard III’s “Now is the winter of our discontent.” He was merely referencing golf’s off-season in England!