If you’re not constantly plugged into the golf world, you may not have realized that a new PGA Tour season started this week with A Military Tribute at The Greenbrier. Even if you are on top of your pro golf, you probably didn’t notice that a key rule change went into effect this week as well, and it’s already causing confusion and concern among some Tour pros.

The change in question is the PGA Tour’s brand-new cut rule. Beginning this season, the number of players making the cut at normal Tour events drops from the Top 70 and ties to the Top 65 and ties. The cause for the change is suspected to be the rise of MDF finishes on Tour in recent years. MDF stands for Made Cut, Didn’t Finish, and to this point happened when 78 or more players made the initial 36-hole cut, forcing a secondary cut to occur after 54 holes. It’s a rule the Tour instituted in 2008 to lower final round sizes to 70 or less. While the MDF players don’t get to play the final round (and miss out on whatever tiny chance they have of going really low and winning), they still receive a minimum check of around $9,000. 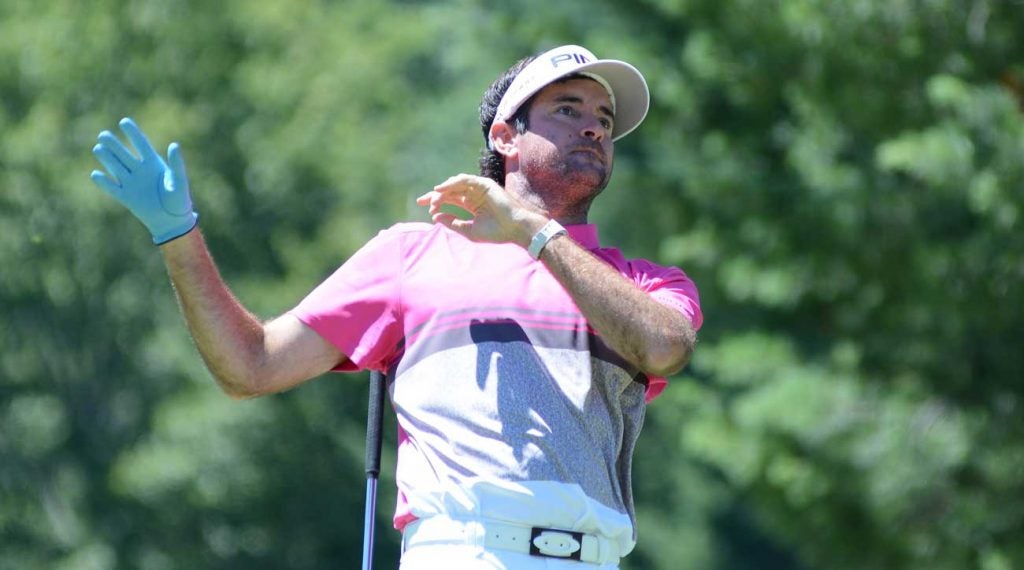 While it may not sound like reducing the number of players making the cut by five is that big of a deal, remember that those players in positions 66-70 won’t make any money for their troubles that week.

Several players were asked about the change this week, and their responses varied from support to concern, while one young pro was barely aware of the change.

Kevin Na, the defending champion this week at The Greenbrier, had a mixed response.

Ultimately, Na “doesn’t mind” the change, though he did note the fact that “there are times where you do make a cut on the number and guys do go on to win a tournament.”

While it’s likely Na is right, and the new rule might prove to have little effect on Tour, it is possible that a player regularly finishes from 66-70 in the new season, and misses out on lots of money, FedEx points, and Tour status. In other words, it’s still going to burn for those few unlucky players each week, even if “everybody knows” the rule before the tournament starts, as Na argued.

And already at the first event of the new season, there is at least one player who didn’t knew about the rule. Newly-minted card holder Viktor Hovland wasn’t fully aware of the rule when asked on Wednesday, though once informed he wasn’t worried about it, saying, “You take care of business, that shouldn’t matter. Just got to play better.”

Two-time major champion Bubba Watson expressed a different concern about the new cut rule. In Watson’s mind, the Tour is trying to fix something that isn’t broken with the new rule, while ignoring the real problem.

News
With his season over, a jovial Bubba Watson questions everything—and nothing at all

Australian pro Marc Leishman argued mostly in favor of the new cut rule, especially if it succeeds in reducing MDFs.

“Hopefully it doesn’t affect me, but I think it’s not a bad thing to take away from the MDF,” Leishman said, arguing that it’s unfair when someone makes the cut but then has a bad round on Saturday and isn’t allowed to improve on Sunday. “You might only have to make an extra five points and be the difference between keeping your job and losing it.”

But Leishman’s response reveals one problem with the new rule that could cause a lot of consternation over the course of the season. While players may say the new rule is fair if everyone is aware of it going into the week, their answer might change if they find themselves finishing between 66-70 regularly and heading home without a paycheck.