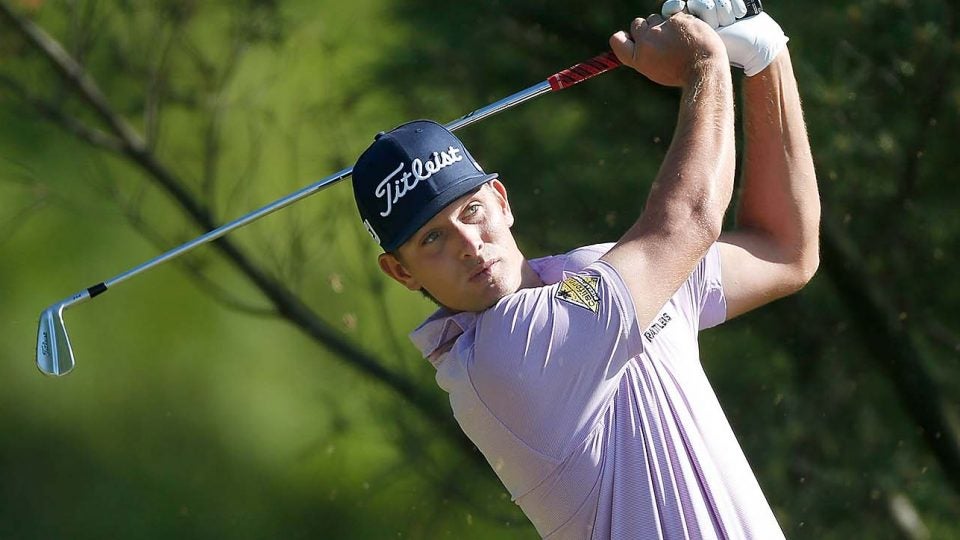 You may not know the name T.J. Vogel, but it’s now stamped in the record books.

The 27-year-old former University of Florida golfer and 2013 U.S. Amateur Public Links champ Monday-qualified for this week’s Wyndham Championship. It is the – wait for it – eighth time this year that Vogel has made it to a PGA Tour field through one of those ruthless Monday events, which usually have about 80-100 entrants competing for a small handful of spots. After shooting a 66 on Monday at Bermuda Run Country Club in North Carolina, Vogel survived a 4-for-3 playoff to grab one of the four open spots for this week’s Tour event. That he’s pulled off these kinds of feats seven other times this season is astonishing.

“It’s the final (Monday qualifier) of the year, so I guess it’s fitting that I did it again,” Vogel told the Winston-Salem Journal. “I’ve been working hard and it’s paying off. Hopefully I can make it to the Web.com Tour finals.”

According to the Tour, Patrick Reed previously held the Monday record – the reigning Masters champ completed six successful qualifiers in 2012. Vogel has parlayed his good play into 3-of-7 made cuts on the PGA Tour this year while banking $110,000. With a good week at Sedgefield, he could slip into the top 200 in FedEx points, which would earn him a spot in the Web.com Tour Finals and a prime opportunity for full status next year on that circuit.

But in the meantime, his legend as Mr. Monday is secure.