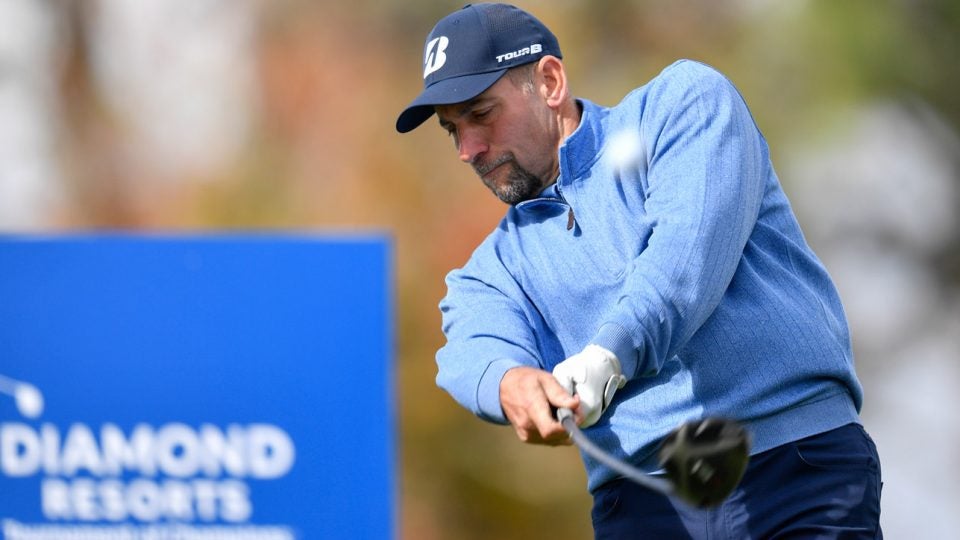 Apparently making it into the Hall of Fame in baseball is not enough for John Smoltz. The former MLB pitcher has committed to play in three Champions tour events in 2019.

The tour’s official Twitter account posted the news on Wednesday. According to the post, Smoltz will be in the field at the Cologuard Classic in Tuscon, Ariz. in early March, the Mitsubishi Electric Classic in Atlanta in April, and the American Family Insurance Championship in June.

Smoltz had this to say about his latest foray into pro golf, “I told my teammates I was going to play professional golf. Maybe I’m crazy, but I was afforded the opportunity.

Smoltz is no stranger to the Champions Tour. Last year, the legendary Atlanta Braves pitcher won a three-way playoff to qualify for the U.S Senior Open. He was facing very long odds a the USGA’s flagship senior event, where he shot 85-77 to miss the cut.

But that wasn’t the first time Smoltz teed it up in a professional golf event. He competed in the 2011 South Georgia Classic on the Web.com Tour (then called the Nationwide Tour). But he didn’t fare well there, either. Smoltz shot an 84 in the first round, and eventually missed the cut by 27 strokes.

We’ll have to wait until March to find out if the aging veteran pros on the Senior circuit are a better competitive fit for the 51-year-old.