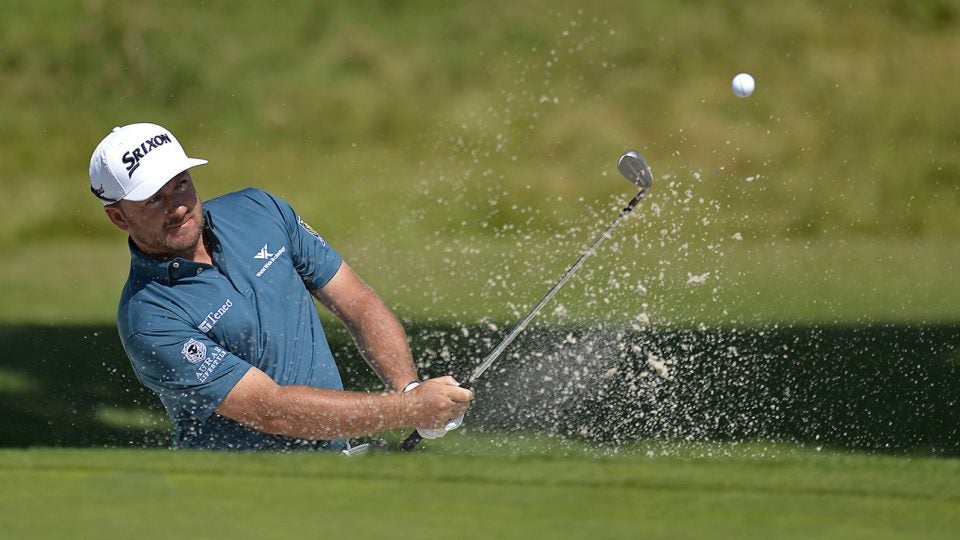 Graeme McDowell was competing at the HNA Open de France at Le Golf National in Paris before he lost his clubs.
Getty Images

This is a pro golfer’s worst nightmare: losing your clubs the day before an important event, with no idea when you might see them again or where they are. Graeme McDowell tweeted Monday that Air France had lost his bag somewhere between Paris and Manchester on Sunday night.

On Tuesday he was scheduled to play in a 36-hole qualifier in hopes of earning a spot in the 2018 British Open at Carnoustie. He added a hashtag to his tweet: “#help.” But McDowell had yet to get his clubs back as of Monday evening, and wrote that he had withdrawn from the tournament in order to concentrate on trying to qualify this weekend at the Irish Open instead.

“I cannot give 100% without my own equipment which has been mishandled by Air France,” he said. McDowell also responded to critics who said he should have rented clubs: “Lots of you wanting to know why I don’t grab a set off the rack and give it my best shot to get in @TheOpen. Of course I could do this, but wouldn’t be firing on all cylinders.”

Need assistance from @airfrance. Flew into Manchester last night from CDG and my golf clubs are untraceable. I have a 36 qualifier tomorrow for @TheOpen and really need my bag. Thanks in advance. #help

Clubs still not on way from Paris. Established that they are in the black hole known as CDG. @airfrance and @AirFranceUK have been very quiet on Twitter lately so no communication. Looking doubtful I will participate tomorrow @TheOpen qualifier.

Terrible time of the year for holiday makers losing bags. I’m certainly not any more important than the next person who has lost a bag, just happens to impact my livelihood this week. Customer service is so frustrating in this case for everyone.

I have officially withdrawn from @TheOpen qualifying tomorrow at St Anne’s Old Links. I cannot give 100% without my own equipment which has been mishandled by @AirFrance and must turn my attention to @DDFIrishOpen this weekend. Thanks for all the support.

I hear you man. Only 3 spots from 72 decent players and I have another event to get ready for this week, so have to cut my losses and start preparing. https://t.co/L49rE58pQh