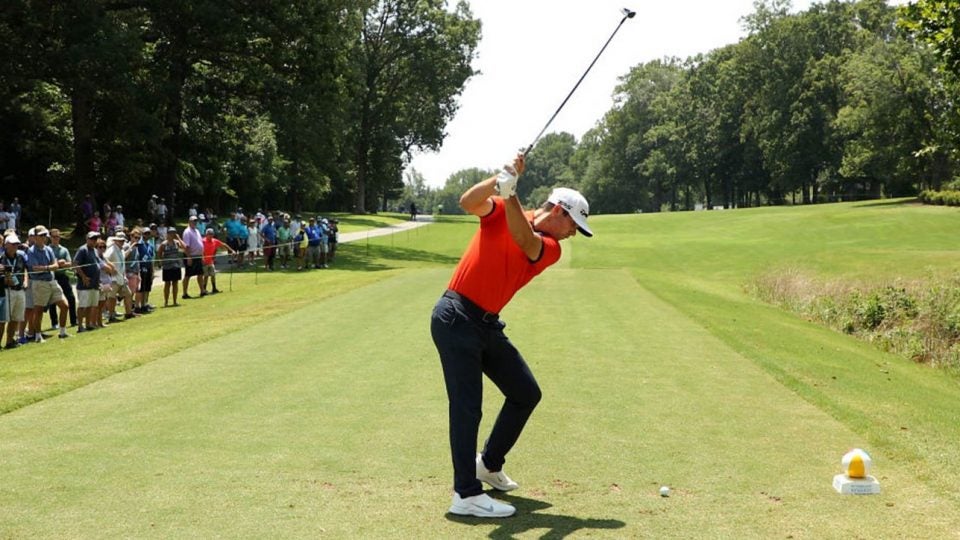 NEW YORK – To the average viewer, most Tour pro swings probably look similar – straight back, straight forward, hold that finish. So it’s no wonder that Matthew Wolff’s swing, which begins with a little pre-shot shimmy, went viral long before he turned pro and won the 3M Open in June.

Wolff’s swing is distinct because of how he wiggles his body and kicks his leg in his pre-shot routine. Wolff’s unique trigger stems from his work with renowned Top 100 Teacher George Gankas.

Matthew Wolff has the most talked about swing in golf. @lkd_golf breaks down Wolff's one-of-a-kind approach. 🧐🐺🧐

“[George] wanted me to open up a little bit, and so before the swing, he would have me move my shoulders and hips out to the left and work in a little pre-shot. From that point on, it’s always been my little trigger,” Wolff said Tuesday at a media event in the Empire State Building.

Wolff’s swing attracted critics throughout his amateur career. He eventually silenced the haters by clinching the 2018 NCAA Championship for Oklahoma State, then winning the 2019 NCAA individual title and earning his first professional win in his third start on Tour.

The results speak for themselves. A sense of humor also helped.

Wolff recently posted a video of his swing without his unique trigger, just to mess with people. His fans – dubbed the “Wolffpack” – may have been upset if they fell for it, but they needn’t worry.

“There’s a lot of people out here that thought I wouldn’t make it or thought that my swing wouldn’t hold up,” Wolff said. “It was kind of just a little joke to all those people. It was kind of cool to throw the world for a little spin, but I’m definitely sticking with what works and what’s gotten me to this point.”

With his quirky swing locked and loaded, Wolff now sits on the bubble at 70th in the FedEx Cup rankings and will need to remain in the top 70 to make it to next week. He tees off in the first round of the Northern Trust Thursday at 12:11 p.m. alongside Jordan Spieth and Kevin Streelman.