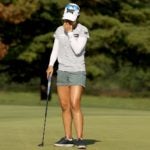 Lydia Ko's heartbreaking loss leaves her in search of her first victory since 2018.

The PGA Championship was the focal point of the golf world last week, but even as the first (and only) major of the season raged on, there was golf being played elsewhere. Here are three stories you might’ve missed.

Rose Zhang outlasted defending champion Gabriela Ruffels in extra holes to win the U.S. Women’s Amateur at Woodmont Country Club. The 38-hole match was the second longest in championship history and ended in brutal fashion for Ruffels as she lipped out a three-foot putt to extend the match.

Zhang originally considered withdrawing from the championship with an injured wrist, but instead opted to take 10 days off before the event to rest. It made all the difference as she claimed her first U.S. Women’s Amateur title.

“Winning the U.S. Women’s Amateur means the world to me,” Zhang said. “To have my name on the trophy with the best players of all-time is life-changing for me. It’s a dream come true.”

The Portland Open typically marks the end of the Korn Ferry Tour regular season and culminates with 25 PGA Tour cards being awarded. That wasn’t the case this year as the Covid-19 pandemic has altered eligibility standards for the next year. But there was still plenty at stake in Portland.

With U.S. Open qualifying canceled this year, the USGA announced alternate qualification criteria, one of those being the top five Korn Ferry Tour players at the end of the Portland Open. With that in mind, the tournament became a de facto sectional qualifier for the U.S. Open.

Two players, Davis Riley and Will Zalatoris, had already clinched their berths coming into the week, leaving three spots up for grabs. Tournament winner Lee Hodges punched his ticket by winning with a score of 11 under, while Paul Barjon snuck into the field with a T2 finish. Taylor Pendrith held onto his spot in the top five and will also be in the field at Winged Foot.

Lydia Ko stepped on the 18th tee box at Highland Meadows Golf Club with a one-stroke lead of the Marathon Classic. Her five-stroke lead from five holes ago had evaporated, but with a solid par at the last, she could breathe a sigh of relief. Instead, she signed for a disastrous double bogey and lost the tournament by a shot to Danielle Kang.

Ko found the fairway with her drive, but pushed he approach well wide of the green. Her pitch from the rough then flew the green, and her chip from there found the greenside bunker. She blasted out for a look at bogey to force a playoff, but the putt slid by to give Kang her second victory in as many weeks.

The heartbreaking loss for Ko leaves the former World No. 1 still searching for her first victory since 2018.