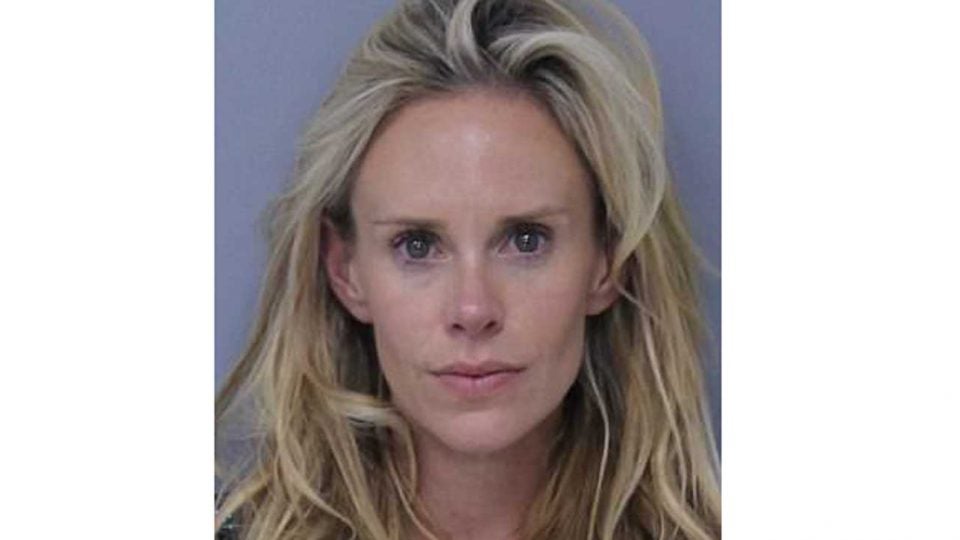 Krista Glover, 36, was arrested Saturday evening of the Players Championship.

The wife of three-time PGA Tour winner Lucas Glover was arrested Saturday night and charged with domestic violence and resisting arrest, according to an incident report from the St. Johns County Sheriff’s department. (The report can be found at the bottom of this post.)

Krista Glover was arrested at a Ponte Vedra, Fla., rental house where the couple was staying for the Players Championship. Glover, the 2009 U.S. Open champion, made the cut at TPC Sawgrass but missed Saturday’s secondary cut after shooting six-over 78.

According to statements given to deputies at the scene, the altercation began after Glover completed his round. Someone in the house called 911 to report a disturbance around 8:30 p.m. When police arrived, they found Lucas and Krista on the porch “in a verbal altercation.” Lucas told police his wife had been drinking.

Lucas told authorities that “every time he plays poorly in a tournament, Krista begins yelling at him, stating he is a ‘loser’ and a ‘p—-‘”. Deputies noted lacerations on the arms of both Lucas and his mother, Hershey Glover, who also had blood on her clothes. Krista had no visible injuries.

Hershey said in her statement to police that she tried to stop an “altercation” between the couple at which point Krista began “striking Hershey in her arm.”

Krista forcefully attempted to escape as she was escorted to the police car, “screaming while forcefully kicking the rear driver’s side door” and causing damage to the car, according to the report. She could face up to one year in jail on each misdemeanor count.

Glover released a statement on Twitter Tuesday: “On May 12, my wife and mother were involved in an argument to which the police were called. Everyone is fine. Regrettably, although Krista was charged, we are comfortable that the judicial system is able to address what actually happened and Krista will be cleared in this private matter. We thank you for respecting our privacy as we work through this unfortunate situation.”

Glover’s agent informed GOLF.com that Glover will have no further comment at this time.

The PGA Tour issued this statement to GOLF.com: “We are aware of the situation and Lucas informed us of his statement, which has since been posted to his Twitter account. Of course, we are here to provide support to Lucas and his family if needed; however, we are also respecting their request for privacy during this time,” the statement read.

The arrest report can be found below.