The strange reason this pro took 42 (!) penalty strokes in one round 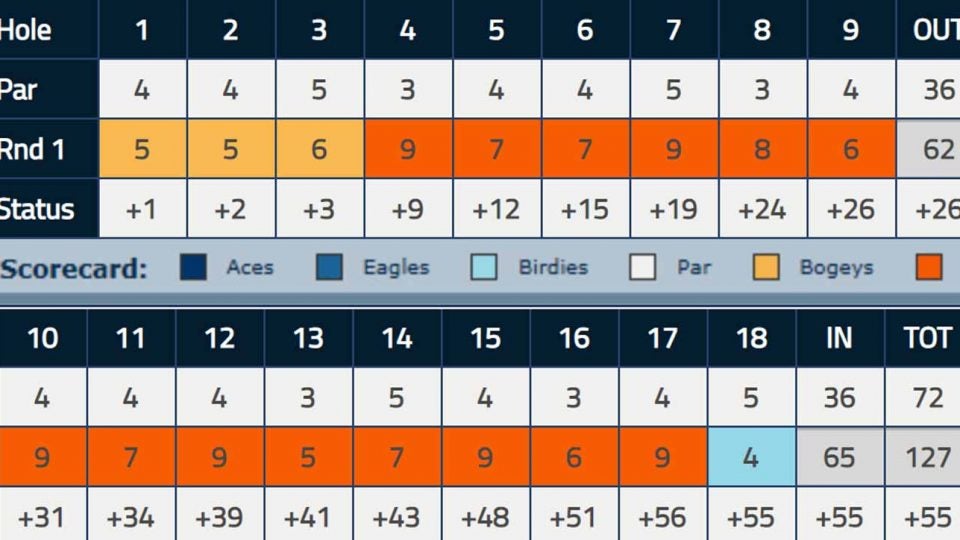 Lee Ann Walker had a rough day at the scorer’s table.

Competing in the first round of the Senior LPGA Championship at the Pete Dye Course in French Lick, Ind., Walker posted a respectable round of 85. The only problem? Walker was having her caddie help with her alignment on nearly every putt she hit.

According to Beth Ann Nichols of Golfweek, another caddie in their group informed Walker that having her caddie line her up was a violation of the new Rules of Golf. But that wasn’t until midway through the first nine of their second round — long after the damage was done.

Rule 10.2b(4) addresses “Restriction on Caddie Standing Behind Player” and reads as follows: When a player begins taking a stance for the stroke and until the stroke is made: The player’s caddie must not deliberately stand in a location on or close to an extension of the line of play behind the ball for any reason.

As a result, Walker added a two-shot penalty for every time she’d violated the rule. In the first round, that meant 42 additional strokes, ballooning her score to 127 (though it’s worth noting she finished the round with a birdie on No. 18).

In the second round, Walker reportedly took 16 additional penalty strokes before she was informed of the violation, making her score 9-8-9-4-7. Walker finished the event with five 7s, two 8s and eight 9s, though she managed to escape double digits on any one hole.

Walker must have known her tournament was over the minute she was informed of the violation, but she responded impressively. The LPGA pro played her final 13 holes in just one over, punctuated by a birdie on her finishing hole. In the end, Walker deserves plenty of credit. She owned up to her penalty strokes — all 58 of them! — and showed off plenty of game. Sometimes a score of 127-90 doesn’t tell the whole story.