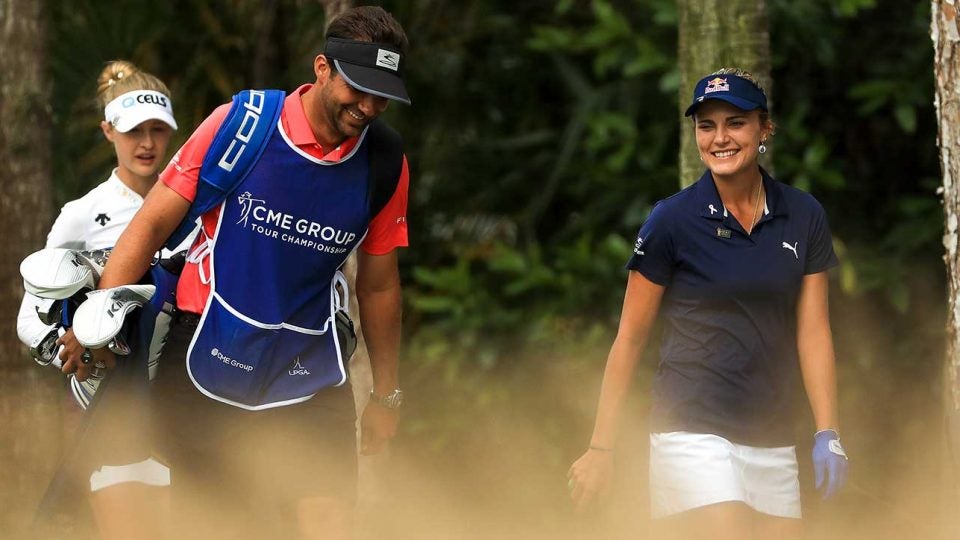 Lexi Thompson and her brother/caddie walk off the tee on Sunday.
Getty Images

Lexi Thompson closed with a two-under 70 to cruise to a victory in the CME Group Tour Championship on Sunday in Naples, Fla., capping a tumultuous season for the star 23 year old.

Thompson, the only American golfer in the top 10 of the world rankings, finished 18 under overall, four shots ahead of fellow American Nelly Korda. It’s Thompson’s 10th LPGA win of her career.

It’s her first victory since September 2017. It was only a few months ago, in August, when Thompson skipped the British Open “to take some time to work on myself.” Last month she posted a lengthy message to her Instagram discussing her battles with body image. And then this week, just days before the LPGA season finale started, news broke that Thompson had split with caddie Kevin McAlpin; they had been together since early 2017.

“It’s been a long year,” Thompson said. “Just the up and downs and just the things I’ve been dealing with, they all kind of hit me this year. To be able to end the year like this and just keep on fighting throughout the whole year has meant the world to me. Just shows anything is possible. You have to fight through whatever you’re going through.”

Thompson’s brother, Curtis, a Web.com Tour player, was on the bag this week. He’s caddied for his sister a few times before.

Thompson started the final round with a three-shot lead, but never let any competitor get much closer. She had two birdies and a bogey on both the front and back nines.

Ariya Jutanugarn won the season-long CME Race to the Globe title and its $1 million bonus.