For former pro Bill Mallon and his loyal looper Bill Greeley, life after the Tour got incredibly interesting 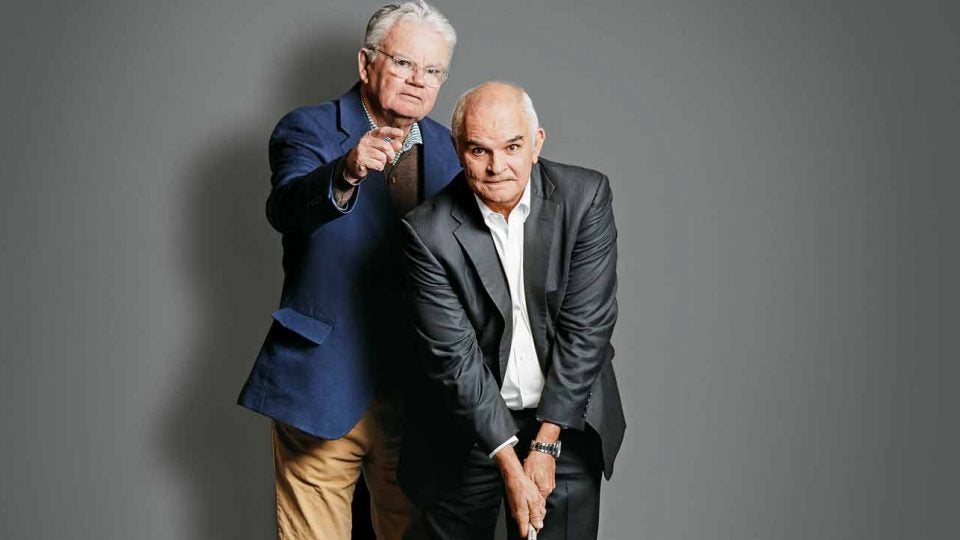 Bill Mallon and Chris Greeley have remained friends, and still get together to talk about politics and family.
Omar Rawlings

In 1976, a most unusual duo arrived on the PGA Tour. Bill Mallon had studied physics and math at Duke, along the way winning a couple of collegiate tournaments. As a rookie his idea of a good time was haunting used bookstores, looking for rare finds about the history of the Olympic Games.

His caddie Chris Greeley grew up as the son of a cop in a work­ing-class neighborhood in Boston, but his hockey skills earned him a scholarship to a tony prep school. On the weekends he often looped for his classmates at Belmont Country Club. Chris had been recommended to Bill when the 1973 Massachusetts Open was played at Belmont; they won it and stayed in touch afterward.

In the Tour caddie yards, Chris was the only looper reading books about Watergate and the Vietnam War. Bill didn’t drink and brought an earnest dedication to his craft. Traveling the Tour was much different in those days — Chris and Bill often shared a hotel room and drove together from tournament to tourna­ment, though that changed a bit during Bill’s sophomore sea­son when he married a TWA flight attendant, the former Karen Kurtz. (Chris was an usher at the wedding.)

On the strength of strong iron play and deft putting, Bill fin­ished in the top 100 of the money list in 1976 and ’77 but didn’t crack $25,000 in earnings in either year. If the money wasn’t great, there were still other rewards. This was the golden era of the Tour, with Nicklaus, Watson, Trevino and Johnny Miller all making the scene, to say nothing of a still-vital Arnie.

“There was so much camaraderie and so much repartee among the players and the caddies,” says Chris. “It was pretty special to be in the inner sanctum. I felt like I was getting to sit in the dug­out at Yankee Stadium.” Much of his on-course banter with Bill centered on the Red Sox. Chris was an effective caddie, particularly skilled in the interper­sonal. He was quick at math, too, though one time, on the 16th hole at Quail Hollow, he did his calculations off the wrong sprin­kler head and Bill pured his approach 50 yards over the green.

In 1978, Bill contracted a case of the dreaded driver yips. Ahead of the New England Open, he hit 1,000 drivers a day for nine days in a row, digging a cure out of the dirt. But on the first hole of the tournament, Bill uncorked a screaming slice 100 yards off line that landed on the far side of a lake. With that one swing he knew it was over. Bill and Karen moved into her parents’ house so he could take pre-med classes at Northern Illinois and apply to medical schools. (Jack Nicklaus wrote a letter of recommendation to the Ohio State board of admissions.)

Bill ended up at Duke Med, embarking on a career as an orthopedic surgeon. Chris moved home to Bos­ton and bartended, at least until a girlfriend lectured him about finding a real career. That rebuke was still ringing in his ears when he wandered down to Faneuil Hall to watch Ted Kennedy announce his 1980 presidential bid. Chris was struck by all the people his age who were already part of the campaign. That very day he walked into the headquarters and volunteered. Chris quickly moved up the ranks and, after Kennedy’s bid faltered, he worked on John Kerry’s successful 1982 campaign for Massa­chusetts lieutenant governor. He spent the ensuing 15 years by Kerry’s side, the chief of staff title only hinting at the many roles Chris served for the three-term U.S. Senator.

“You’re still caddying, only now it’s for me,” Kerry once told him.

You're still caddying, only now it's for me," Senator John Kerry said to former Tour bagman Chris Greeley, his longtime chief of staff.

“John and Bill are very similar personalities: intense, dynamic, dedicated, focused,” says Chris, who is now a senior vice pres­ident at Northwind Strategies, a political consulting firm. “My time on Tour was such good training for a life in politics. So many things happen on a golf course you can’t plan for. The same is true in politics. It takes the same ability to stay in the moment, if you will. A bad news story is like a bad shot. You have to keep your head about you, deal with what you need to get done and move on to the next challenge.”

Similarly, lessons from the Tour can be taken into the operat­ing room. “I was a much better surgeon because I played top-level golf,” says Bill, who retired in 2014. “When there was a problem during surgery, or a complication, I treated it like a bogey. You have to stay focused and keep doing things to the best of your abil­ities and start making birdies. I think that mentality helped a lot.”

The player and caddie still get together occasionally for a meal and to talk about politics, Olympic history (Bill is the cofounder of the International Society of Olympic Historians and a con­sultant to the USOC) and family. (Bill and Karen remain mar­ried and have five dogs; Chris is married, too.) One other topic is always sure to come up. Says Chris, “He’ll never let me live down that bad yardage at Quail Hollow.”