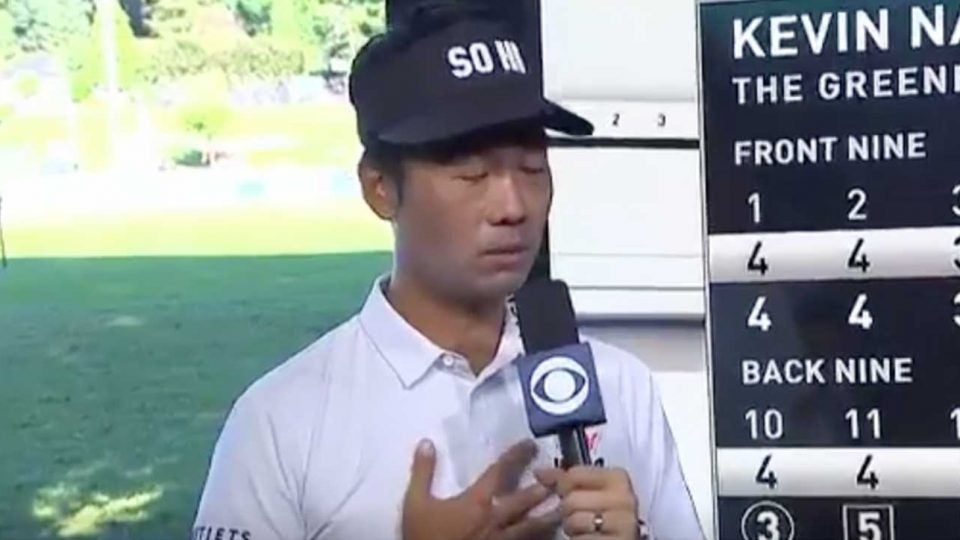 Kevin Na went nearly seven years between his first and second career PGA Tour victories, the latter coming on Sunday at A Military Tribute at The Greenbrier.

Na closed with a 64 to win by five, and afterward he spoke with CBS reporter Amanda Balionis.

At the end of the interview Na asked if he could say something to Korean fans, and that’s when he got emotional — and perhaps when the victory really sunk in. You can watch the interview below.

An emotional moment for Kevin Na after winning his first @PGATOUR event since 2011. pic.twitter.com/L3UKtkQ8AL