Surprise! Keith Mitchell had no idea he’d made it through British Open qualifying

Keith Mitchell broke through in a big way with last week’s victory at the Honda Classic. This week, he had quite the follow-up. On Sunday at the Arnold Palmer Invitational, Mitchell surged into the mix with a closing 66 that left him in a share of 6th place, four shots behind winner Francesco Molinari. The best part? It qualified him for the British Open, too — even though he didn’t know it at the time.

“I didn’t really know about it going into today, I’m glad I didn’t, because that putt might have been a little scarier on 18,” Mitchell said after his round.

Three British Open qualifying spots were up for grabs at the Arnold Palmer Invitational, offered to the three highest finishers not already qualified, provided those players finish in the top 10. With several others hotly contesting for the spots (whether they were aware or not) which meant that Mitchell’s two-putt from 62 feet at No. 18 had a little extra meaning attached. 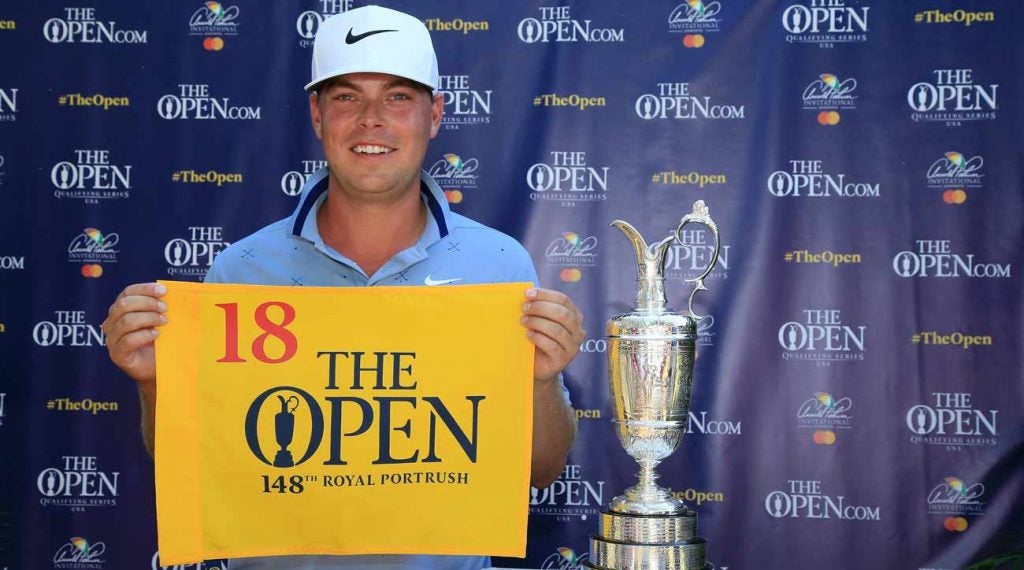 Keith Mitchell didn't realized he'd been playing a British Open qualifier, but he was delighted to find out he'd made it through.
Getty Images

Tour rookie Sungjae Im closed hard with four birdies on the back nine en route to a T3 finish that earned him the top qualifying spot. Mitchell’s T6 tied him with Sung Kang for the third and final qualifying spot.

Mitchell, who posed with the claret jug after his round, was delighted with the news. “I love the conditions, I love the different style golf courses, it’s, you got to be a lot more creative over there and I think that’s fun. I’ve never really competed in an event like that, so if the chance happens, I’m excited,” he said.

Mitchell’s win at the Honda qualified him for the 2019 Masters. Now he’s in the British at Royal Portrush, too. Not a bad couple weeks! So impressive, in fact, that when the PGA Tour’s drug testers came for a blood sample after the round, Mitchell couldn’t help but poke fun. “I love how these things are random,” he said, according to Dan Kilbridge.

Keith Mitchell required to give a blood test after wrapping up the best two-week stretch of his career – “I love how these things are random.”