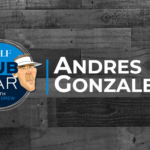 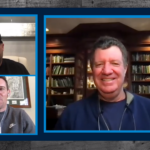 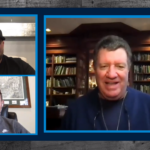 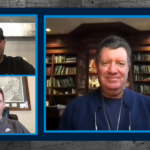 Keegan Bradley, in his own words, considers himself a “decent basketball player.” However, on a trip to the Bahamas in late 2015, he was put up to the test by two GOATs of their respective sports: Tom Brady and Michael Jordan.

In this week’s episode of GOLF’s Subpar, Bradley narrated the true story behind the most epic pick-up basketball game of his life.

Bradley had just landed in the Bahamas with fellow PGA Tour staple Luke Donald when Brady and Jordan landed directly next to their plane. Bradley was starstruck.

“Tom Brady is like a god where I grew up,” recalled Bradley, a New England native.

The four struck up a rapport and played a few rounds of golf together. Later in the trip, after some coaxing on the two golfers, Donald and Bradley were able to convince Jordan to go shoot some hoops with them. Jordan acquiesced; however, likely in an effort to keep the event as a casual game of pickup, Jordan told the two he wasn’t bringing his basketball shoes.

After a game of 21, Bradley noted, “At one point, [Jordan] looked at one of the guys who worked there and goes ‘go back and get my shoes. And I was like, ‘Okay, nice, now we’re talking.”

Soon enough, people began flocking to the court to watch and participate — including Brady. The teams were set; Jordan, Brady and Donald were grouped on one team, Bradley and others from the area on the other.

Bradley was immediately tasked with guarding Brady. The experience, as he remembers, was less than enjoyable.

“I had to guard Brady, and Brady was going so hard,” Bradley recalls. “Like, too hard. Elbowing me, and hitting me and going up for rebounds, and I was like ‘dude, you’ve got to chill out because if you come down and tear your ACL I’m never gonna be able to go home for Christmas ever again.”

Despite the anxiety of injuring arguably the greatest quarterback of all time in front of 200 onlookers, while also facing up against Michael Jordan, Bradley will never forget the experience.

“That’s a memory of mine that’s in my hall of fame of memories,” Bradley said.

Check out the entire episode of this week’s Subpar below as Bradley discusses why he loves playing with Phil Mickelson in team events, how to beat MJ in golf and more.