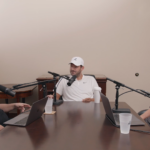 GOLF's Subpar: How being the quarterback for the Dallas Cowboys hardened Tony Romo's mentality 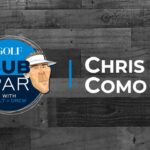 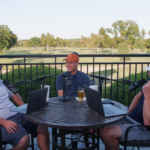 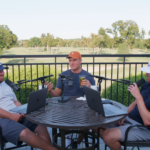 Jordan Spieth needs little introduction. So Drew Stoltz, the co-host of GOLF’s Subpar Podcast along with Colt Knost, simply introduced the latest podcast guest as “The Golden Child himself.”

“My run’s not done, I’m just on a bad run,” Spieth said, when the hosts asked what they should call him. “They tell you to get up from the table but you can’t leave the table in golf. I gotta stay at the table.”

Spieth’s slump has been a much-discussed topic in the golf space. He’s won three majors and 11 times on the PGA Tour, but he’s winless since his 2017 Open Championship victory at Royal Birkdale. He’s now ranked 75th in the world.

“Standing on a tee at the U.S. Open and not exactly knowing where the ball is going to go is not a great feeling,” Spieth told reporters at Winged Foot last month, where he missed the cut after a second-round 81. “I know you guys probably haven’t experienced that before, but it’s not incredibly enjoyable.”

On Subpar, Stoltz asked Spieth if he’s been a victim of his own success. Spieth brought up the Tournament of Champions at Kapalua in 2016, fresh off his five-win, two-major season, when he tried to quell expectations.

“I remember being in that interview room and saying, ‘Guys, if I were to do what I did last year every year, for like 20 years, I’d have 40 majors, 100 wins — this is totally unrealistic, and I do not think that is anything I’m striving towards. What I’m striving for is trying to birdie the first hole on Thursday, and then after that trying to birdie the second hole I play on Thursday,'” he said. “What didn’t help was that I ended up winning that week by eight shots. So I moved on from that and was like, ‘This game is easy right now, this is awesome,’ knowing that it won’t always be this easy.”

Then Spieth got to addressing his actual slump, his mindset, and how he’s trying to find his form. His answer, as usual, was long and thoughtful.

“I’m absolutely stoked with everything that’s happened cause I know what that high level is, I know what I’m capable of doing and I know I can do it again and that’s awesome,” he said. “And where I’m at right now is somewhere where I didn’t think I’d be at that time, but also if you asked me at the end of Q-School, even at my worst, would I take the last couple of years at my worst and say this is two years that you’d have on the PGA Tour? I’d be like, ‘Man, I’m a young guy, I’m playing the PGA Tour, maybe I’m getting better.’ You know, whatever.

“When I let the comparison happen is when the negative seeps in to like why am I not doing that,” he continued. “At the same time, I’ve already been there, and so when my swing or my mechanics get off, now I can look back at the blueprint of what was so successful back then and what’s different now and map that blueprint, and if and when I am able to map that blueprint, which is what I’m working towards now, it should be pretty much the exact same. I’m in a great mental space. Maybe I won’t make 30% of putts outside of 25 feet. Clearly that’s not going to be something that happens. Those are the run-type things, but if I’m in that same spot where I get to a consistency level because my mechanics are the same consistency, I’ve learned a lot. I learned how to handle pressure better than I knew how to handle it my first couple of years on Tour. I have learned a lot of things that actually can be more advantageous going forward. It’s just about getting that blueprint back.”

Spieth was asked if he ever looks back at his 2015 form, that swing, and tries to get back to it. He was quick to point out his ball-striking was actually better in 2017, when he won three times, than it was in 2015.

“I’m trying to kind of find the balance of where things are but really look at the big muscles,” he said. “What were the main things I was doing so well and where are the differences that actually create differences in timing that make it more difficult to be consistent in ball-striking, and putting, same deal. I didn’t do a great job of having that blueprint back then and sticking to it, and it’s been something in the last year or so I’ve kind of been on and working towards.”

You can check out Spieth’s full Subpar interview at the top of this post.

Get ready for fall golf with our Pro Shop